It’s All I Have

As far as hobbies go, collecting has to be one of the dumbest, and as a collector, I feel I can say that with some validity. I’ve collected multiple things over the years, ranging from comic books to movie posters to human hearts. So, for me, when achievements came out, it was an instant buy in. A collectible? A DIGITAL collectible? Finally, something I can put time and effort into getting that won’t take up all the space in my closet. Only in the last few years have I really started to try and 100% games though. As much as I enjoy getting achievements, there were just far too many games out there that needed to be played, and I couldn’t spend all my time trying to get every achievement in a single game. But now, with the Xbox One out and the 360 library dwindling quickly, it seemed like a good time to really go back and finally start to try and fill in those gray boxes.

For a while, I did 100% a lot of stuff I played, especially arcade games, but there was a three week period one summer where I 100% Modern Warfare 2, Assassins Creed 2 AND Rayman Origins. That was tough, but rewarding. But it doesn’t boil down to collecting, at least not for me. See, while it’s fun to collect, it also holds the label of “this is all I have in life”. I am self employed, if you can even say that because I’m pretty I’ve fired myself and subsequently sued me for sexual harassment about 19 times now. So I make all my money writing and selling art. So, I’m broke. I don’t have a social scene, nor do I want one, and the only people I really interact with is my girlfriend, her family and a few people on chats. I don’t have a career, I’m not in school, I don’t have friends. This is all I have. It’s something ‘achievable’, attainable, that I can accomplish, and that helps when battling crippling depression. Depression so crippling, might I add that I sometimes sleep for two days straight, crying myself to sleep. 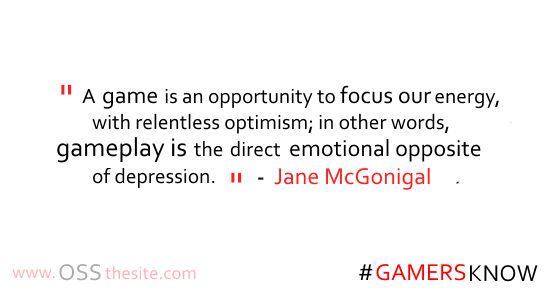 When you’re at that bottom of the barrel, you need something, anything, to pull you up from it, and achievements have become one of those things for me. They’re something I can DO. And, if they’re tough ones and really need you to put the work into it to get it, then I feel even BETTER about myself because, hot damn, that was tough and I managed to overcome and I feel great now. Video games can be a source of enjoyment, certainly, but they can also be a source of brightness when all feels lost and you feel like you can’t do a god damned thing to save your life. I can’t get a job, I can’t make friends, I can’t have children, but god dammit I was able to get Mile High Club in Call Of Duty 4 and that’s pretty awesome. Depression is brutal, and I’ve lived with this severe, crippling depression pretty much since I was 5 years old. When I was a little girl I was put in therapist office after therapist office, given multiple medications (none of which worked) and told that this was the wrong way to feel.

When you tell someone who’s already depressed to the point of wanting to take their own life, at the age of 12, that this is the wrong way to feel, all that is is an indicator that they can’t even feel correctly. Yet one more thing they fail to do properly. Great.

But playing video games, especially as a little girl, I could make it to the end. I got the happy endings. I beat the villains in those because I couldn’t beat the villains I was facing in real life. Everything worked out fine, and eventually, I got rewarded with achievements for doing it too. A way to literally show others what I had accomplished, because I couldn’t accomplish a single other thing in life. There’s people and studies who claim video games CAUSE depression, but I can tell you that’s a downright lie, as I’m living fact that it helps fight it. I’m 27 now. I still, as I said, am severely depressed. I still feel like dying on a day to day basis. I still fight my way through every single day, through every single dark thought, just like I fight my way through every single horde of enemies to reach the end of the level.