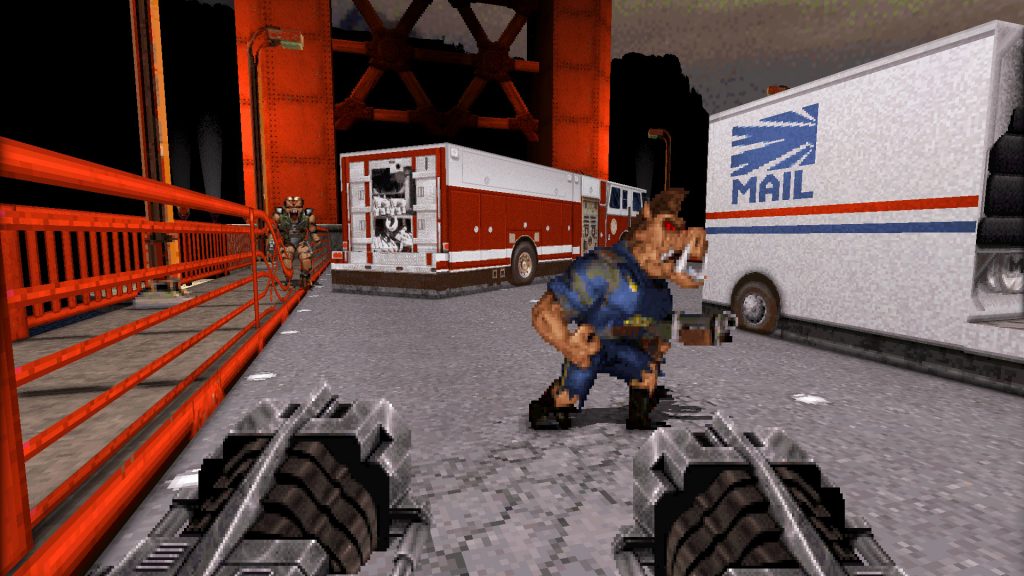 We’ve recently had a chance to check out the latest incarnation of Duke Nukem 3D, known as Duke Nukem 3D 20th Anniversary World Tour, on PlayStation 4. Will it continue to be as fun as it originally was, or will it fall into disgrace?

Unlike most reviews, I won’t cover the story, considering how much of a classic it is, and instead we’ll dive right into the gameplay.

Taking control of the titular Duke Nukem, you will be able to play through any of the original episodes right from the start, as well as the fourth that was included in the Atomic Edition from 1996, and a brand new fifth chapter that has been created by the original designers. Unfortunately, however, it lacks the extra content within the Megaton Edition, and, as such, there still isn’t a true definitive edition of the game. 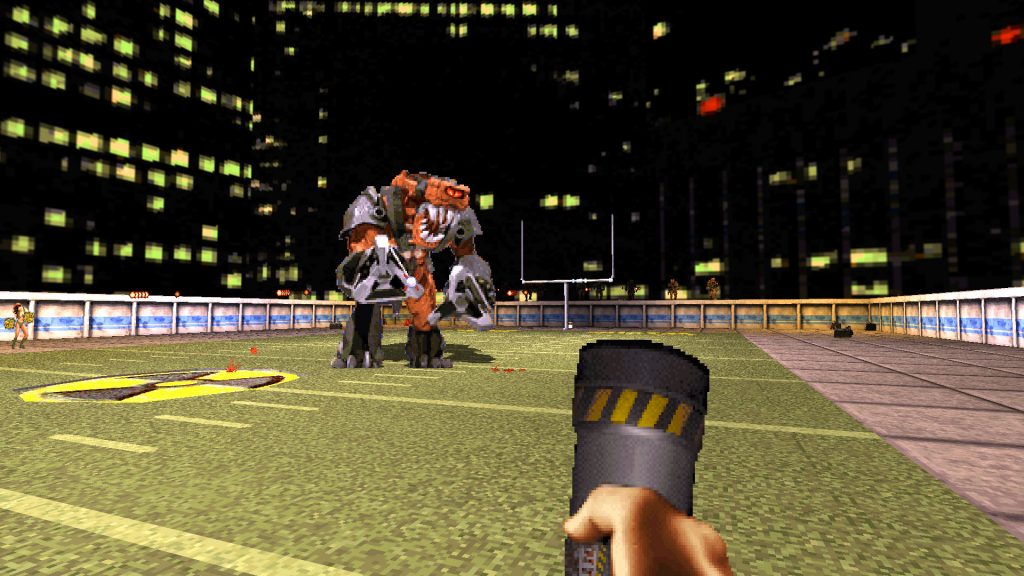 That said, the extras included are worth the time. The commentary is entertaining, and the extra stages, having been developed by the original team, don’t feel like they have been shoehorned in. Indeed, the extra stages, taking you through the titular World Tour as you fight through Amsterdam, Russia, the UK, Egypt, France, San Francisco, and Hollywood, are as loaded with secrets and crazy challenges as the original stages.

As you blast through the levels, you’ll find microphones that you can interact with. Upon doing so, you will be able to experience commentary from the original designers, which helps the game start to feel like a guided tour of sorts. 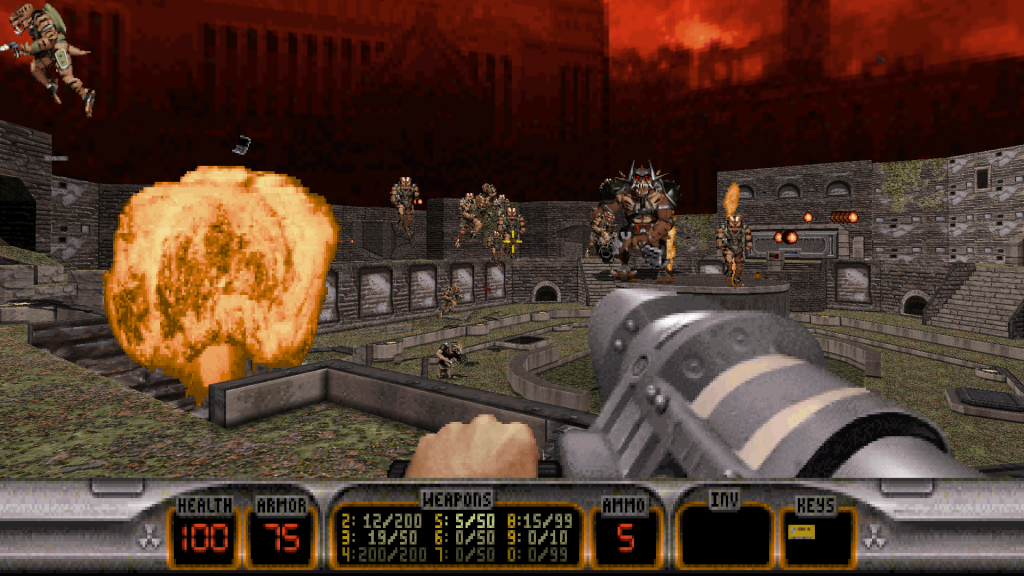 It’s just as fun to blast through your opposition as it was originally, and if you do fall victim to your opposition, you will be able to rewind to any point prior to your death.

This version also keeps the same gameplay mechanics originally found in the title. You have no cover mechanic or button to snap behind a low object, but you do have a duck button. You need to rely on your own reflexes and creativity as you engage in the hordes of enemies attempting to destroy you, with certain tactics feeling as if you have quite literally stumbled upon them.

As you explore, you will gain a variety of gadgets to help you out, such as jet-packs, decoy holograms, acid-proof boots, steroids, and more. Each stage is also crammed full of secrets, such as walk-through walls, that reward exploration with hidden weapons and other interesting objects. 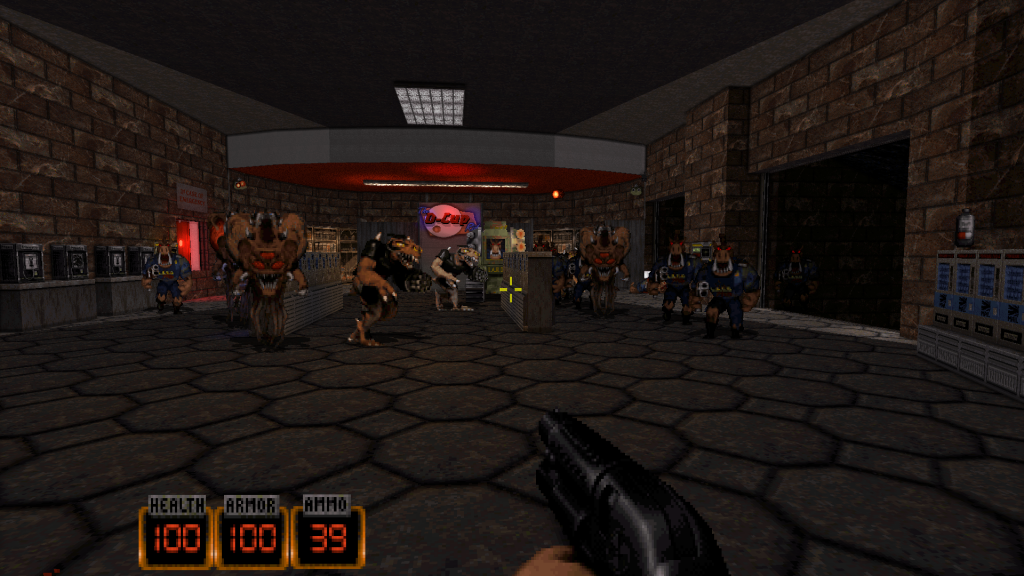 The gameplay is still solid enough to be worth a playthrough or several, although it can, of course, begin to wear after you’ve collected a keycard for the hundredth time. It is still satisfying, however, to make it through a game that doesn’t hold you hand, as so many titles these days do.

Duke 3D has been re-rendered, with sharpened textures and brighter, dynamic lighting. You will also be able to change the graphics from new to old if you want to see exactly how different they are, as well as change various key aspects, such as the heads-up display. 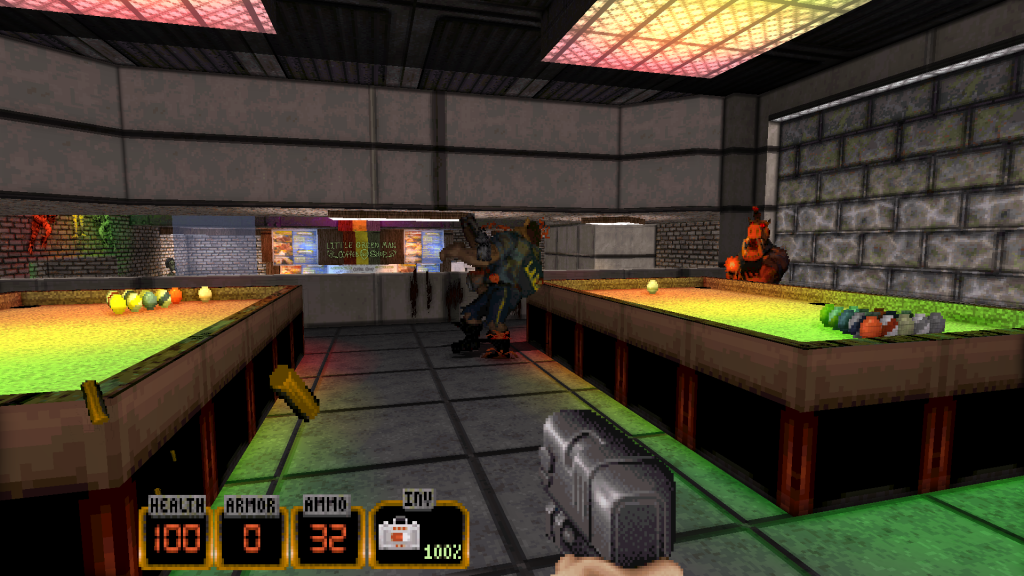 Soundwise, the music is still decent, and the team even brought in the original Duke actor to re-record lines. This extra bit of effort, when they could have simply kept the voice track as is, is always a plus.