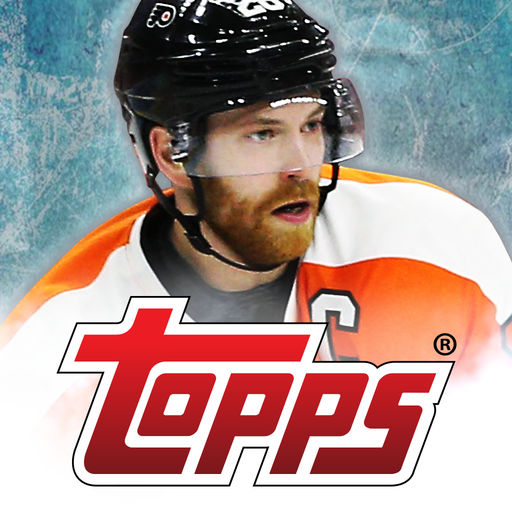 Topps has recently launched Topps NHL SKATE 2017, an officially licensed digital trading card game in collaboration with the NHL, BAMTech, and NHLPA. This title will feature the captain of the Flyers, Claude Giroux, as the app cover star, bringing the fast-paced action to life through exclusive digital card designs, performance-based contests updated in real-time during live NHL games, and, for the first time, the digital cards will include full motion video clips from select NHL games and moments.

Giroux stated, “It’s an unbelievable experience to be on the cover of the new Topps hockey app. I grew up collecting Topps hockey cards and to see their brand and products evolve digitally is really exciting for hockey. I’m looking forward to jumping in and collecting, trading and playing my Flyers cards!”

The game introduces the first-ever video trading cards in a set called Topps FOCUS, with the unique technology bringing the action of the NHL to life via NHL video. The feature allows fans to see and relive the full moment leading up to the trading card image, including video clips from the current season.

“Fans of the NHL are a passionate and tech savvy group so we’re excited to offer them a new way to collect and trade their favorite players and moments in Topps NHL SKATE,” said Jeremy Strauser, Vice President and General Manager of the Topps digital division. “We are particularly proud to debut Topps FOCUS video cards, as Topps continues to lead the market with innovation and define what is possible on digital cards.”

The application features all 30 licensed NHL teams, and will include over 3,000 cards with new cards being released every day based on the live performances of each player, including the popular Topps NOW series. Fans will be able to set their ultimate lineup every game day with their best player cards, open new packs for free, and compete in live contests against other fans for exclusive in-app rewards.

The scoring system allows users to play in real-time, predict momentum changes, and swap player cards in real time while watching games. Those interested can also trade up to 18 cards at once with fans across the world, and utilize dozens of filters, searches, and trader ratings to find the perfect trading partner.