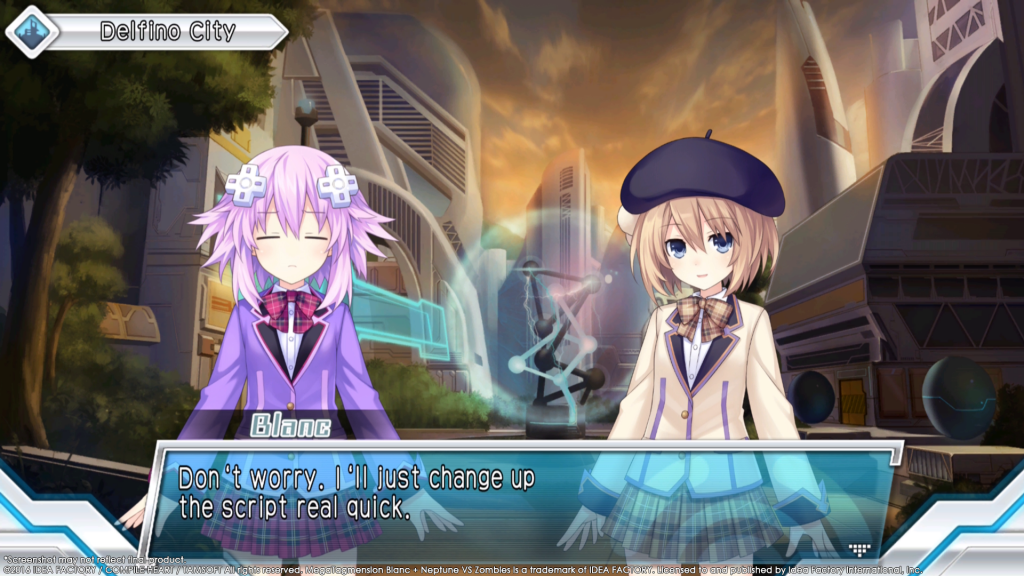 MegaTagmension Blanc + Neptune VS Zombies recently arrived on the Steam scene, aiming to bring some hack and slash fun to PC that it did on Vita.

The story takes place in GamiAcademi, a school which the diety-like CPUs utilize to learn and become closer to their people.. Gamicademi is on the brink of closing, as enrollment has plummeted, and the girls are attempting to save it by making a movie to win a film contest and gain enough money to keep GamiAcademi from closing their doors.

Neptune is the head of the school’s film club, initially working on the movie. Blanc is roped into joining the club, on the condition that she can be the writer and director, and soon discovers that Neptune claims to only keep the script in her head so that she doesn’t have to worry about forgetting it.

In response, Blanc points out that the way for others to read it is to simply split Neptune’s head open, prompting her to grab a physical copy for the benefit of the others, but mostly to keep her head intact. Blanc realizes how horrible Neptune’s script is and proceeds to rework it herself.

This in-game movie plot of schoolgirls against zombies (because zombies are awesome and schoolgirls never go out of style) actually comes to life, as real zombies arrive to attack GamiAcademi. Luckily for the low-budget club, this works to their advantage as they simply need to film their real lives.

The fact that MegaTagmension follows the series’ course of keeping the plot more silly than serious works out quite nicely for the game.

As you would expect from both a hack-and-slash and a Neptunia game, MegaTagmension keeps the action-heavy style present while also opting to make things great for bite-sized portions of gameplay by allowing you to save after each battle and dialogue exchange. 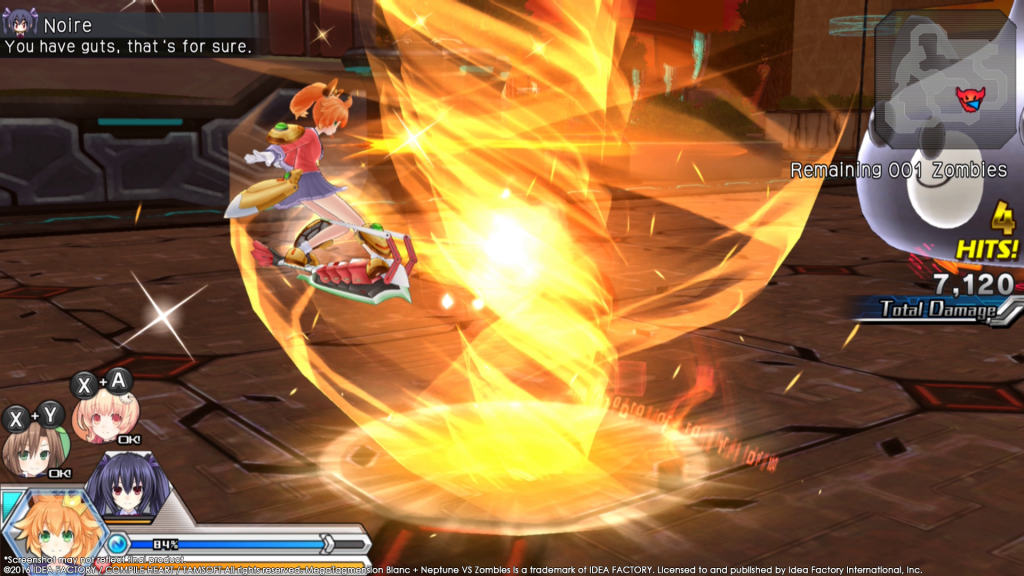 Upon beginning a scene in any given chapter, you will have a small arena to fight in with a typical goal of “Kill x number of enemies” or “kill this specific enemy”. After several repetitions, this formula can become quite bland.The game keeps the action-heavy style the franchise is known

The game’s short stages work for it, allowing the player to pick up a couple of quick fights before moving on, and against it by not really letting you get into a smooth action groove, ending too quickly in most cases. 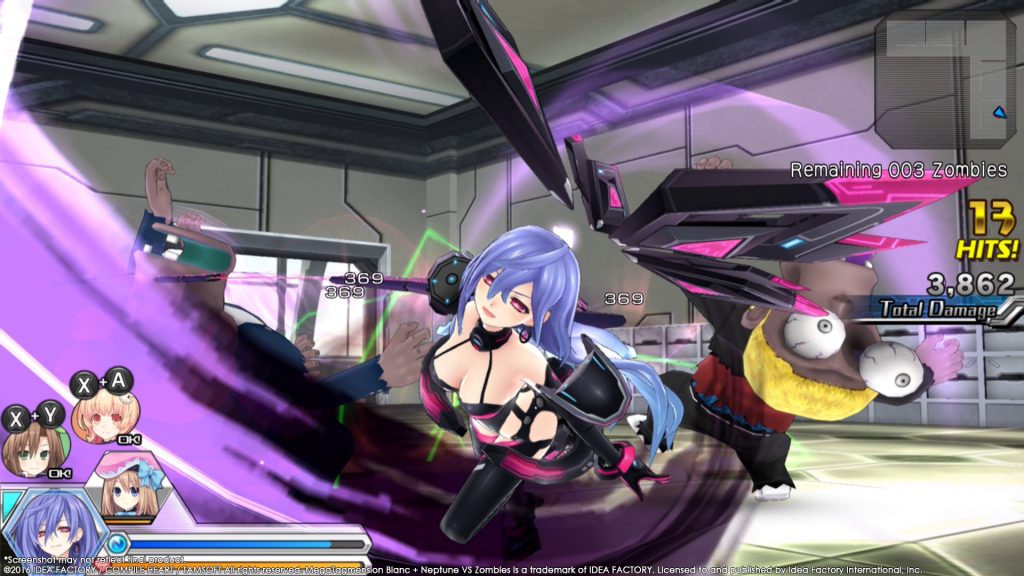 In battle, you can chain together various combo strings, with smart use allowing for some amazing strings. If you do step into too large of a horde, you can utilize various special attacks and call in assists from allies who aren’t in battle. Each attack and assist operates at a different speed and has a cool-down period, so if you do get into a pickle, you need to plan carefully as you utilize them.

If things get even worse, you can tag in your second character to cover as your primary recovers, thanks to each stage allowing you to bring in two. Like the special attacks and assists, your characters, regardless of whether they are knocked out or not, will recover over time, although it can take quite a while to do so. 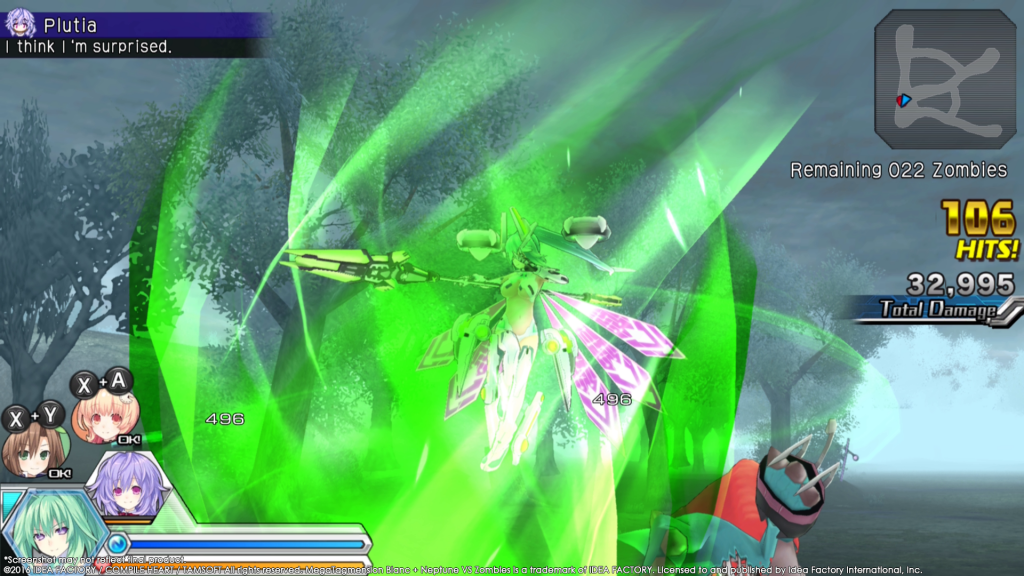 Unfortunately for those looking for an immediate challenge, it begins quite easy, allowing you to just choose one character and hit a certain attack button constantly to breeze through several stages before and after the first boss. That said, it does get progressively more challenging, forcing you to change up your strategy as it throws in 20 or more enemies topped off with a boss character.

If you don’t want to take on hordes of enemies alone, you can also dive into the game’s multiplayer.

With plenty of characters and customization options available, there is plenty of room for you to experiment with.

The visuals are nice, with in-battle animation being quite solid. In terms of music, it is decent (not as great as some of the other entries in the franchise), and the cast once again steals the show with their voice acting, managing to deliver the comedic lines in a way that makes them even better, with their chemistry with each other enhancing this effect even more.

Overall, MegaTagmension Blanc + Neptune VS Zombies was a decent game on the PlayStation Vita, and it continues to be on PC. I did encounter a few bugs, but upon replaying, they appear to have been cleared up., but it does feel like a step down from

With a great cast and encouragement of experimentation, MegaTagmension Blanc + Neptune VS Zombies is a fun little game that should appeal to all fans of HyperDimension Neptunia U.