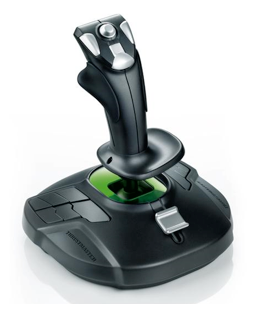 Thrustmaster and Frontier Developments plc have announced that they are continuing their joint actions with the aim of providing players with increasingly immersive experiences. They are doing so by bundling the T.16000M flight stick and Elite Dangerous Arena.

In order to stand undefeated in the Elite Dangerous Arena spaceship battles, you can rely on the unique features of the T.16000M, including the extreme precision, based on the H.E.A.R.T (HallEffect Accurate Technology) technology, which utilizes magnetic sensors to help deliver precision up to 256 times superior to that of conventional systems. 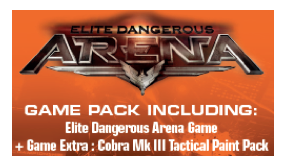 The title bundled within can be downloaded via the voucher included, although players will need to register on the official game site.

The T.16000M is ambidextrous, featuring 16 action buttons, four independent axes (including a rudder controlled by rotating the stick), an ergonomic trigger, multidirectional hat, wide hand rest, and weighted base. It is compatible with the T.A.R.G.E.T (Thrustmaster Advanced pRogramming Graphical EdiTor) software so that players can combine multiple products from the Thrustmaster Flight Sim lineup to be recognized as a single device.