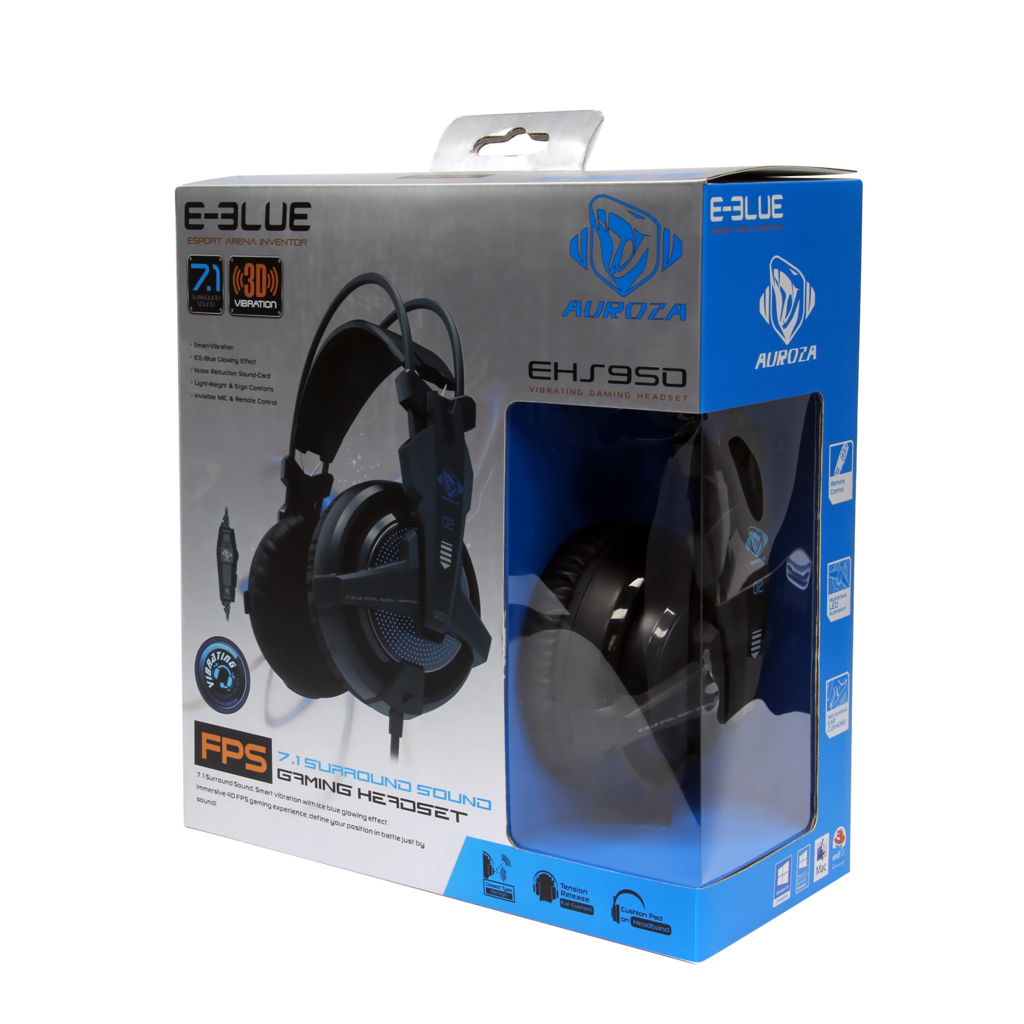 If I’ve said it once, I’ll say it a million times: a quality gaming headset is one of the best ways to dramatically improve your gaming experience. Even just using headphones is better than most TV speakers, but headsets deliver better sound and clearer communication with teammates and rivals.E-Blue Gaming sent over their newest audio hardware for review, the Auroza EHS 950 Gaming Headset. Priced like a budget headset, the Auroza EHS 950 touts its 7.1 channel surround sound an invisible microphone. The clear audio makes the Auroza headset decent for solo gaming, but bulky build and poor microphone quality makes this a hard recommendation particularly for multiplayer gamers.

The Auroza line of E-Blue products are all similarly styled, using an electric-blue color scheme to set the devices apart. The Auroza headset uses medium-sized 40mm drivers and an oversized, padded headband to secure the hardware to the head. The band is made to minimize pressure on the head, but the low pressure meant I had trouble getting a strong seal around my ears. This makes the sound seem more hollow and distant than many other over-ear headphones. The sound balance is less bass-prominent than popular headphone brands like Beats and Bose; explosions may not seem as punchy, but this makes footsteps clearer and easier to detect. I This USB headset claims to offer 7.1 surround sound, and may be enhanced with the right drivers, but those drivers weren’t available at the time of the review. Still, the default setting were good enough for some single-player adventuring in Borderlands or exploring new regions in Destiny. Using the mic in multiplayer gaming created some issues, though. 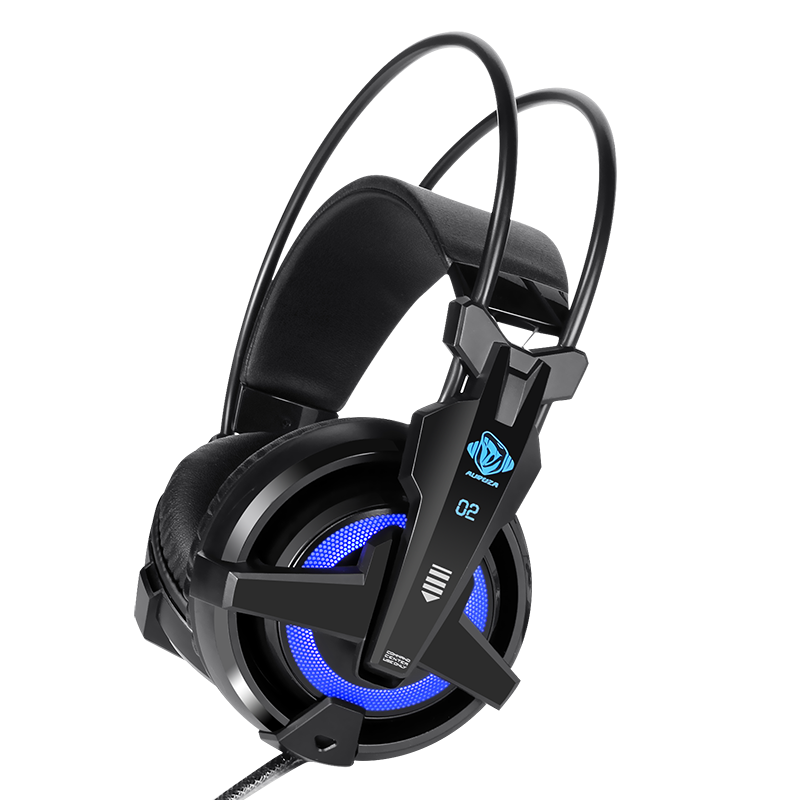 The EHS 950’s main weakness seems to be its internal microphone, which frequently picks up ambient noise from the earcups. While playing Overwatch on PC, teammates said I sounded distant and that they couldn’t understand me well. When I tried to use the headset for calls over Google Hangouts or Skype, callers said that my quality was “worse than usual.” It’s worth noting that you can use the headset on PS4, though the echo-cancelling internal sound card seems to stop working on console, making play painful for friends who heard themselves through my mic. Invisible mics make headsets look cleaner and help components avoid damage, but I have yet to use one that offers sound quality as good as a boom mic. I really hoped this one would sway me, but I’m hoping that perhaps driver updates will improve the PC experience.

The Auroza Gaming Headset offers some minor bells and whistles, but they don’t stack up to enough to tilt the scales. The headset glows blue from the earcups; this might look cool to fans, but doesn’t change the headset experience. The cable is long, with a built-in-remote to mute the mic or enable the headset’s force feedback vibration, but the cable bends awkwardly due to the thick plastic wrapping. As far as the force feedback is concerned, I tried it on multiple games for PC and PS4 and couldn’t feel any difference in the rumbling of the headphones aside from occasional bass.

Overall, the Auroza EHS 950 Gaming Headset is a good try, but falls short of the mark due to its spotty multiplayer performance. For roughly the same price, you could skip the 7.1 surround sound and buy a stronger quality stereo headset that would feel more comfortable and offer better chat to your friends and rivals. Hopefully the next iteration of the Auroza headset will shrink the frame a bit, tighten the fit, and either lower the internal mic sensitivity or provide an external boom mic to clear up the chat lines.