Cubical Drift has announced recently that their project, Stellar Overload (formerly known as Planets), has generated $300,000 in backing on Kickstarter, garnered support from a community of more than 20,000 players, and has also received a funding grant from Epic Games in recognition of its innovative use of Unreal Engine. As such, they have set their eyes to share a Steam Early Access version come October 12, 2016.

For those unaware, Stellar Overload is a futuristic adventure game set on cubical planets centered around a block-thrower-equipped, jetpack-wielding hero who fights evil in the open and procedural voxel worlds. It attempts to combine clean FPS gameplay with unlimited construction and design phases, offering up a creative mode so that you can create any cubical eccentricity you can imagine. 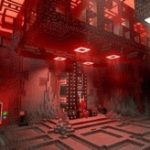 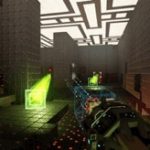 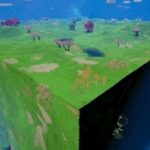 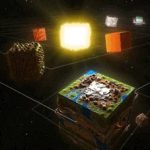 The title allows you to build your own cubical world, allowing you to build, paint, and otherwise alter entire sections of wall and copy/paste objects via both single player and co-op mode. There are some RPG elements as well, including harvesting resources to improve your equipment, as well as advanced day/night cycles and mood/brightness levels for the planets, which can be altered by the players.

Once the early access version is released, Cubical Drift intends to add more planets, enemies, tools, equipment, and other features over time.

Michael Thomazeau, founder and CEO of Cubical Drift, stated, “The team at Cubical Drift is every bit as passionate about Stellar Overload and gaming as the community which plays our game. We wanted to stay true to that and tried to deliver a game that would be like us, like our vision of gaming: fun, offering freedom of action and endless possibilities.”

Are you excited for the game?