EVERSPACE to launch through Game Preview on Xbox One and PC

Hamburg-based indie studio ROCKFISH Games was excited to unleash their debut title EVERSPACE through Game Preview on Xbox One for $29.99, with plans to arrive on Windows 10 via Game Preview later this month. It will also be the first ID@Xbox title supporting Play Anywhere, featuring both cross-saves and buy once, play anywhere.

This recent launch marks a month earlier than initially estimated, and is thanks to the wildly successful Kickstarter. The game quickly made it to the top sellers list with over 90% positive reviews that give it high praise for stunning visuals, engaging gameplay, and overall polish, despite its unfinished state. 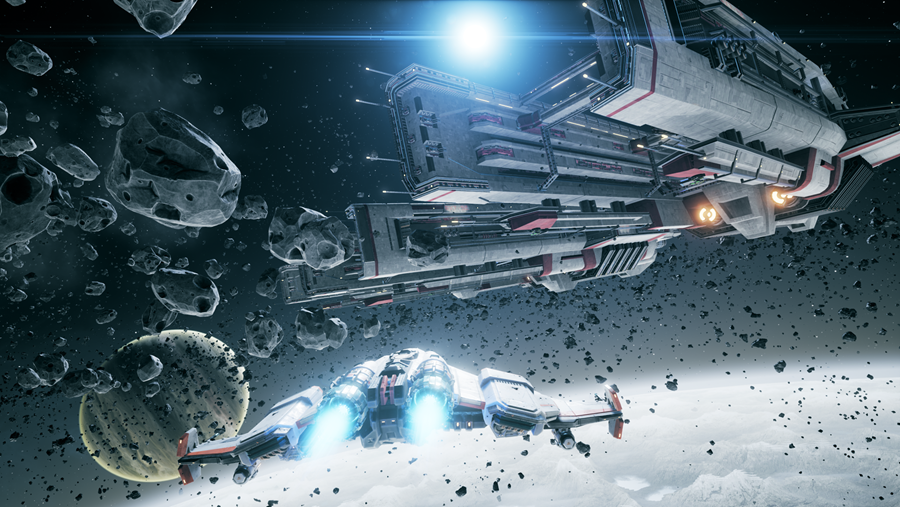 Chris Charla, Director ID@Xbox at Microsoft, stated, “When demoing EVERSPACE at the Xbox booth at E3, Gamescom, NerdHQ, Insomnia and the Microsoft Pre-Pax event, it got great feedback from anyone and it clearly didn’t disappoint at its release on PC last week. We are super excited to bring it to Xbox One and Windows 10 through Game Preview, even more being the first ID@Xbox title to support Play Anywhere.”

The launch features a new boss fight, voice-acted dialogues, a new planet type, some additional Outlaw stations, and a variety of interface and gameplay tweaks. In the coming months, two additional player ships will be added. The first is the Colonial Scout,which is much smaller than the current Colonial Interceptor, featuring extreme maneuverability and higher top speed, but a weaker hull. It also features a cloaking device and some sniper weapons as starting gear. 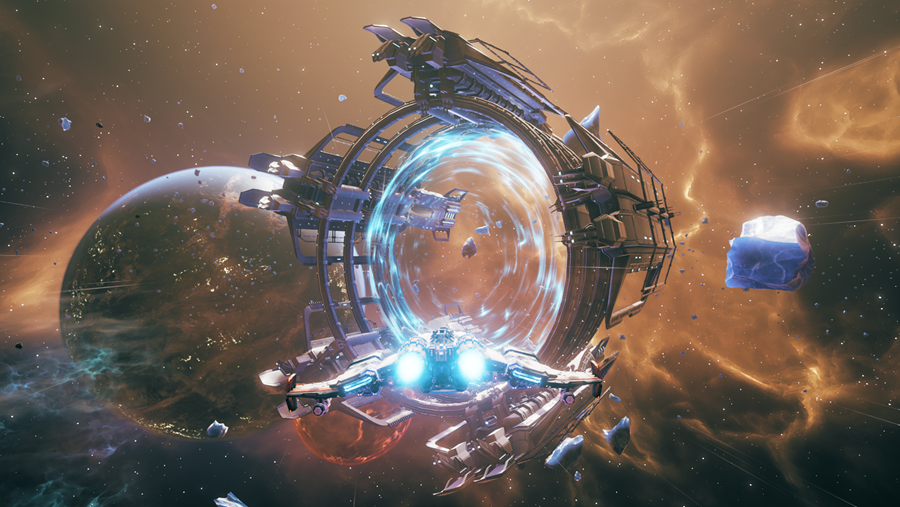 The second new ship is the Colonial Gunship, which will be the slowest of the ships, but feature a much stronger hull and upgradeable turret on the top.

The game’s full launch is set for the end of Q1 2017, and will feature a fully voice-acted story, thoughtfully designed characters, situation-based events, Hardcore Mode, and full VR support. One it arrives in full, the price will be raised to $39.99/€36.99/£29.99.

“Thanks to our friends at ID@Xbox, we had the fantastic opportunity to demo EVERSPACE to Xbox and PC gamers at pretty much every major games show since GDC earlier this year.” said Michael Schade, CEO and co-founder of ROCKFISH Games. “We cannot wait to launch our very first console game ever on Xbox One and offer PC gamers on Windows 10 a fantastic deal through buy once, play anywhere.“