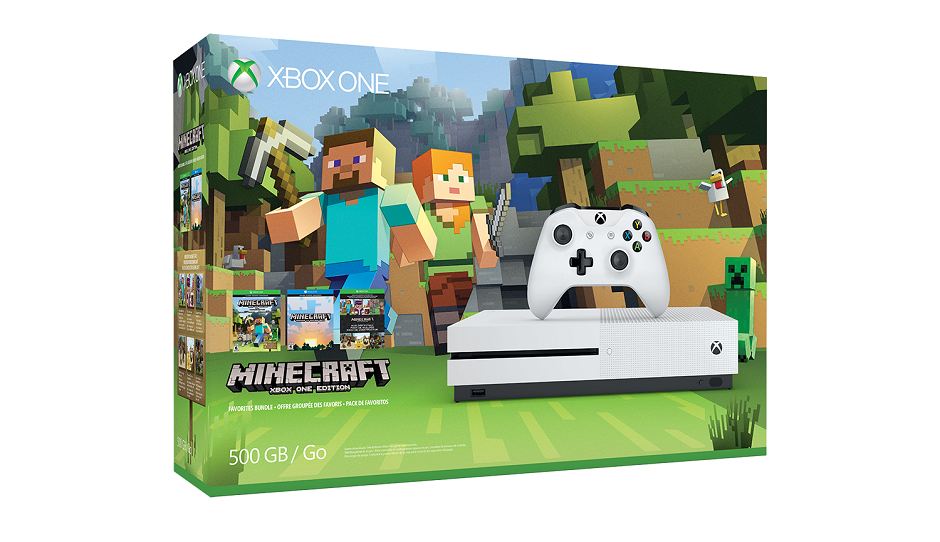 The Xbox One S Minecraft Favorites Bundle (500GB) has recently arrived in United States and Canada at a price of $299.99. This bundle includes the 500GB Xbox One S as well as the popular Minecraft game.

For those unaware, this is basically a game about placing blocks and adventuring. You can explore randomly generated worlds and utilize the blocks to build a variety of things, from simple homes to grand castles. Creative Mode allows you  play with unlimited resources, while Survival Mode tasks you with mining deep and crafting various weapons and armor to help yourself fend off the dangerous mobs.

The bundle will arrive in other regions on the following schedule: