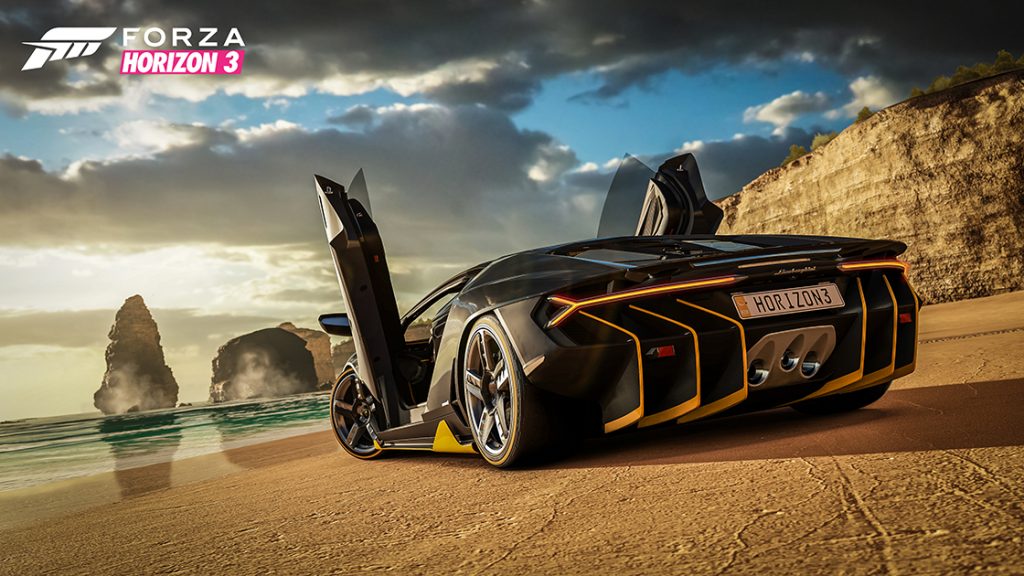 The Forza Horizon series has been one of my favorite racers in recent years, surpassing most of the Burnout series for me, except for Burnout Paradise. 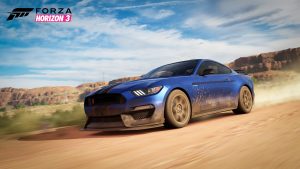 With Forza Horizon 3, though, I think Playground Games has definitely taken the top spot in arcade-sim racing titles. The team has outdid itself in over-the-top races in Australia, and has made one of the best open world games at the same time.

The game opens by shuffling you through racing cars and off-road vehicles, before letting you choose your own driver that leads the Horizon Festival this year. That’s right, instead of being a helmeted autonomous driver, you can actually choose from a good variety of characters of who you want to be. Then, you’re tossed into a dune buggy race through the countryside against a helicopter carrying another dune buggy before driving off into the world. 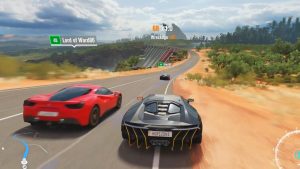 This time, since you’re worried more about building up the festival, you’re less worried about your place in the race. Even finishing toward the end of a race gets you fans, which helps you continue to build up the festival across the land. Of course, the better you finish, the more fans and experience you get to level up.

The only races you can’t lose are the Drivitar races, where you take on AI versions of your friends. By beating them, they’ll join your team and help you earn money and fans while away from the game. Unfortunately, you can only have four Drivitar’s on your team at a time, but you’ll find dozens of Drivitars in the world as you race around.

Beside doing traditional rallys and races, the bucket list challenges make a return to have you do unique challenges in the continent, and PR challenges will have you trying to jump the farthest distance off a cliff or as fast as you can past a speed checkpoint.

There are also key setpiece races you have to complete as you go through the game. While they are required, they are also some of the most entertaining races the game has to feature, such as taking on a blimp or racing against a train. These races are definitely a good highlight in the game, and are able to be replayed as well. 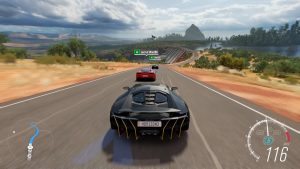 To get you around the world, the game likes to try and give you paths to follow along the road. However, that seems to be doing the game wrong. Once you have an end point, driving through the forest and wineries and deserts are the best way to get from point A to point B. Not only does it help you prepare for off-road portions of the game, but you can find billboards to destroy for bonuses, barn finds that give you new cars and just amazing scenery to see as you zoom along.

The 300+ cars all handle different, at least from the cars I’ve experienced. I feel that the cars gripped a bit more in Horizon 2, and I’ve ran into more than a few that have a tendency to drift more than others. However, you quickly get used to these small changes and the updated handling becomes second nature.

Once you get a bit into the game, you’ll find the new blueprint mode which lets you change both the events in the world and vehicles as well. You can make your optimum event list that other racers can find and experience, while trying their blueprints out as well.

While I didn’t get a ton of time with it, the game does have a four-player co-op to race around with friends, which replaces the multiplayer mode from Horizon 2. You can also share paint jobs with friends and others online, leading to some great designs to equip your car with.

Forza Horizon 3 is by far the best open world racer currently out there. The races are vast and varied, and let you add your own touch however you want to. Plus, Australia is hugely entertaining to race around and explore. The latest entry in the Forza series is a must have title for Xbox One owners (or Windows 10 owners, as this is part of the Xbox Play Anywhere program).