We were recently given the chance to check out a new adaptation of the Fighting Fantasy book, The Warlock of Firetop Mountain, which is basically a Choose Your Own Adventure book, but a bit more hardcore. The game behaves exactly the same way, with you picking from a few options, then moving to see what happens.

You begin by choosing  a character, each with his or her own motivation, then enter the dungeon. Both structure and gameplay are almost identical, as you enter areas represented by isometric backdrops, with your character, and the monsters, represented as small lead figures. 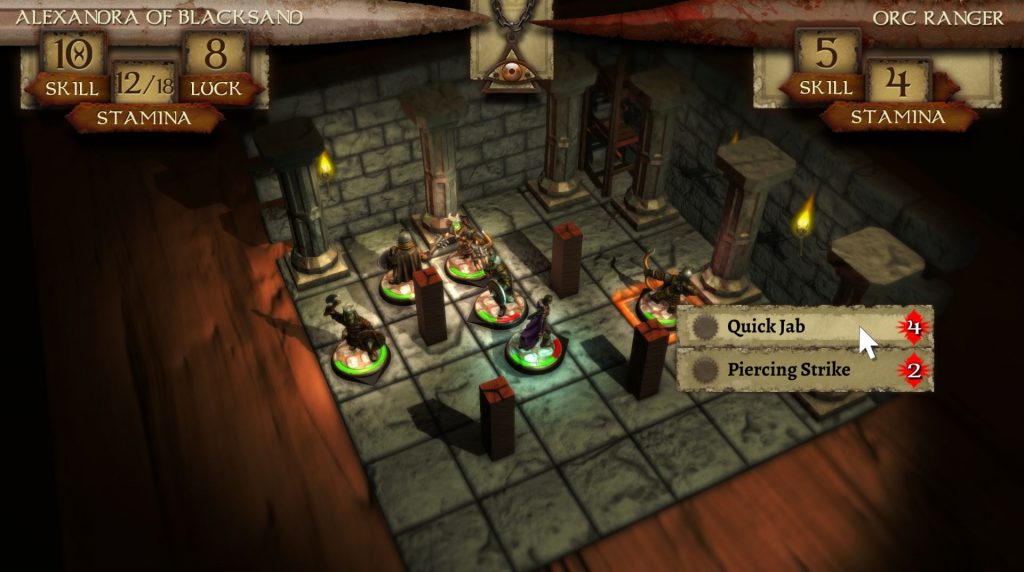 As you explore, new areas will drop down beside you, and it begins to feel as if you’re playing a tabletop role-playing game, which honestly helps keep things interesting. Upon entering each area, you will be given a description of both where you are and what’s around, as well as an illustration at times. The most simple areas ask which way to go, but others feature multiple choices, such as if you should pull a lever or what you should do about a sleeping orc in your path.

In terms of combat, you will move at the same time as your enemies, and only have a limited selection of attacks. That said, the space is also quite constrained, forcing you to think carefully and learn the patterns of each monster.

As you may be able to guess, it is extremely easy to die in both combat and the multiple choice scenarios, which is, of course, how the book itself worked. Of course, in the book, you had the option (and most people I knew, including myself, did this) of just placing your finger on the prior page so that you can quickly flip back and choose the other option if you die. 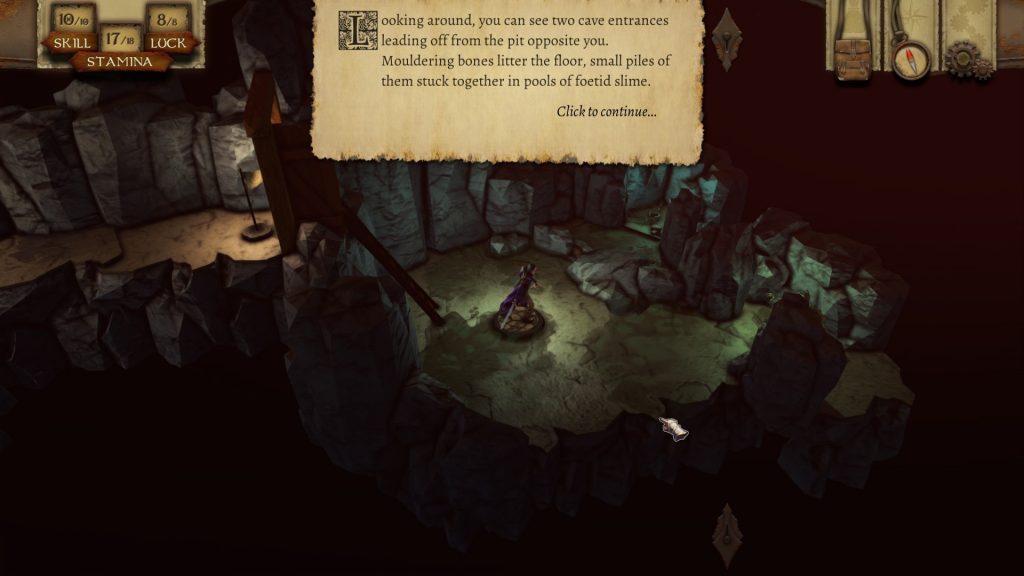 In the game, you do not have this option, instead relying on checkpoints and a limited supply of items known as Resurrection Stones. Dying due to the wrong choice, even if it seems correct, can certainly feel frustrating in any game, but it is more so when you factor in that you only had a 50/50 chance (or less).

Overall the game, despite how frustrating it can be in terms of deaths, is a fun little title. Being adopted from a book, one may expect more flaws than are present, but it is a fast-paced, strange experience that fans should enjoy. As for newcomers: Did you enjoy the Choose Your Own Adventure books? If not, definitely pass. If so, you may want to watch a bit to see if you’d want to pick up the title.