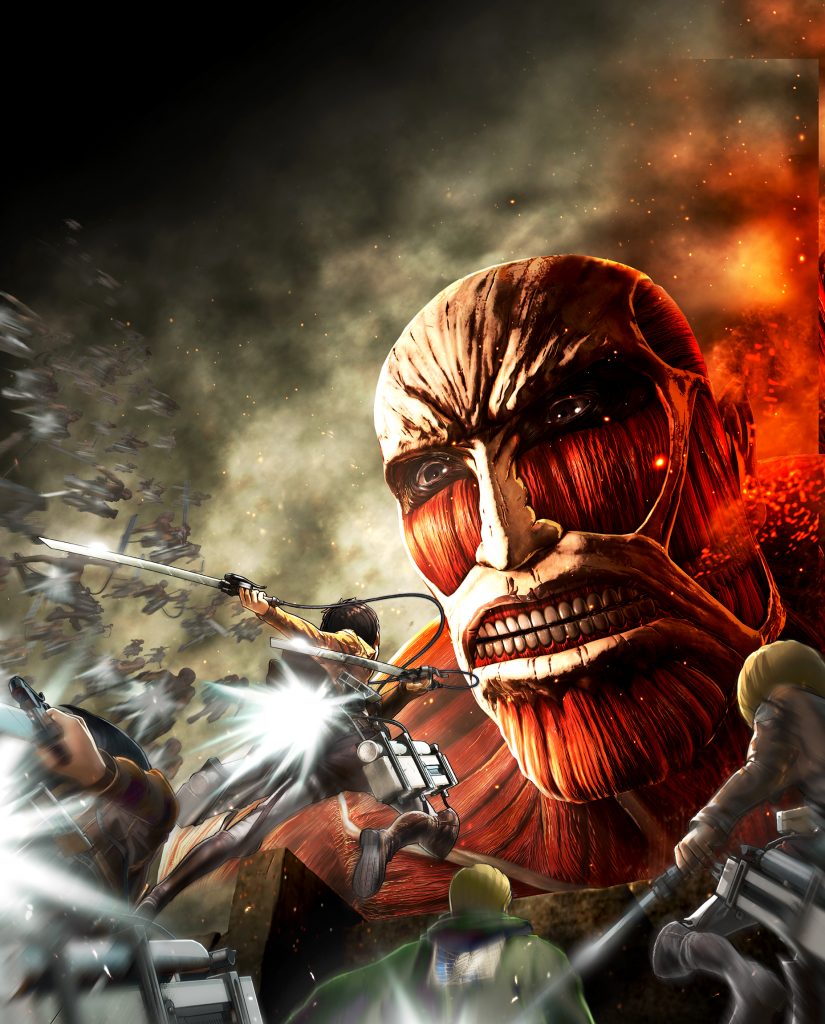 Omega Force has decided to try their hand at making a game based on the popular Attack on Titan series. Will their title, published by KOEI TECMO, be able to garner the same sort of excitement that fans of the anime experience, or will it become another forgettable anime title?

For those unaware, Attack on Titan occurs in the future, at a time when humanity has been nearly completely wiped out by the mysterious gigantic beings known as Titans. Though these creatures aren’t very intelligent, they are extremely powerful, and love to devour humans. Due to this, the survivors have built gigantic walls around a large area and have lived in seclusion from both the Titans and the outside world as a whole. 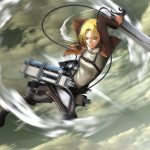 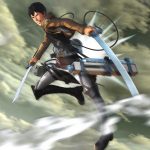 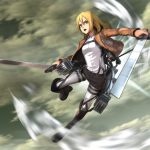 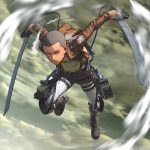 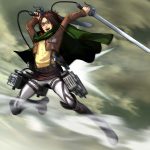 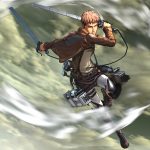 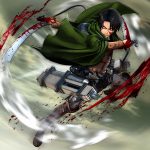 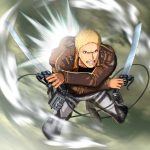 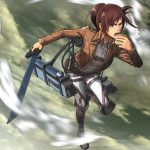 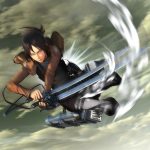 One day, a Colossal Titan, much larger than any titan ever seen before, breaks through the outer wall, Wall Marie, which allows countless Titans of all shapes and sizes to enter and begin to devour every human they can get their hands on. Eren Yeager, a child at the time, sees his mother devoured by one of these beasts and pledges to eradicate every single one. He joins the military alongside his adopted sister Mikasa, and the two begin their Titan slaying careers.

Due to the fact that humans are completely outmatched by even the smallest of Titans, they have developed the Omni-directional Mobility Gear, or ODM. This fires out two wires, embedding them into objects and propelling soldiers through the air, allowing them to move quite quickly. There is a tutorial at the start that teaches you how to utilize the ODM, as well as how to slay your giant adversaries, with smaller tutorials popping up occasionally to introduce any new features, such as Titan control once you do get the chance to play as one. 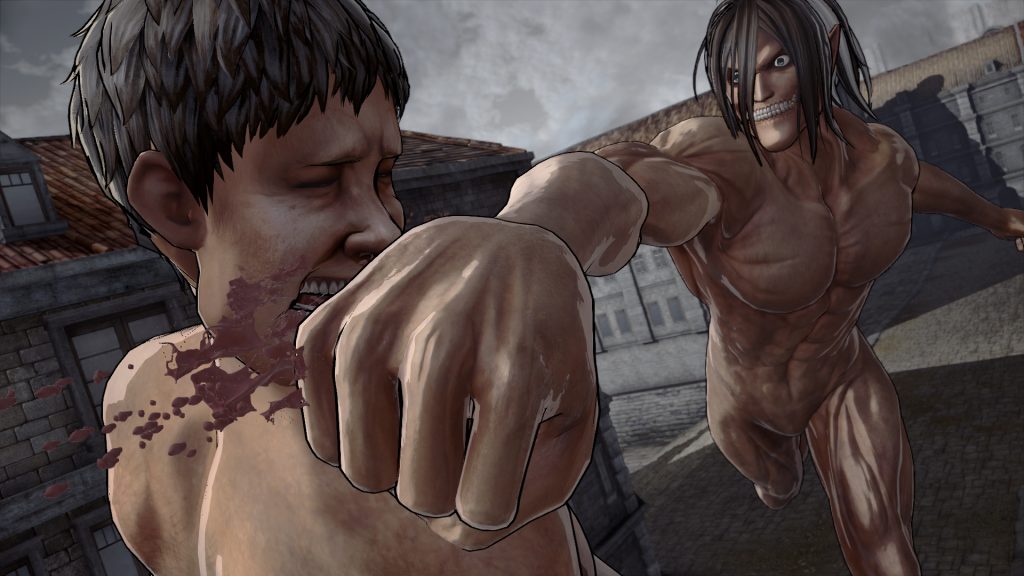 As you maneuver through the battlefield and approach a Titan, you quickly change to an attack mode and utilize the ODM to hook into a Titan, reeling yourself towards it and chopping away with your dual swords. You can sever limbs, incapacitating the Titans, but the only real way to kill one is to destroy the nape of its neck. You shouldn’t just charge in head-first, however, as you may just bounce off of the head of the beast if you do.

If you do opt to destroy the limbs, you can cause them to be much less effective in their invasion, as well as possibly gain some crafting materials that can upgrade your weapons and gear. You can also save your teammates who have been grabbed by quickly slicing off an arm, and force them to their knees by slicing off a leg so they can’t move as quickly. 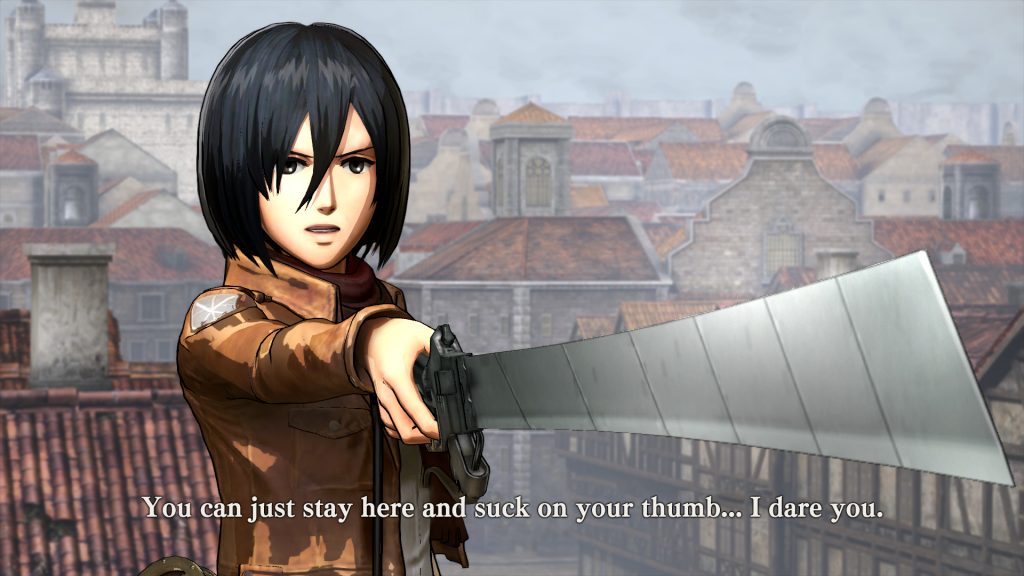 As you play, you will utilize four characters in the main campaign; Eren, Mikasa, Armin, and Levi. Each character has his or her own advantages, encouraging you to experiment. Mikasa, for example, can initiate powerful combo attacks on her targets, while Armin, despite being a weak fighter, is a master strategist that can order his teammates to attack targets while he gathers resources, saves his fellows, or even attacks the Titans himself.

The game begins slowly, and picks up as you begin to obtain better gear and heading on expeditions. Speaking of, there are sixty optional ones that help you gather materials and experience to improve your characters, although they can become monotonous due to having to slay almost all of the Titans to get the best rewards. If you have friends join you, they can be a breeze to go through, however. 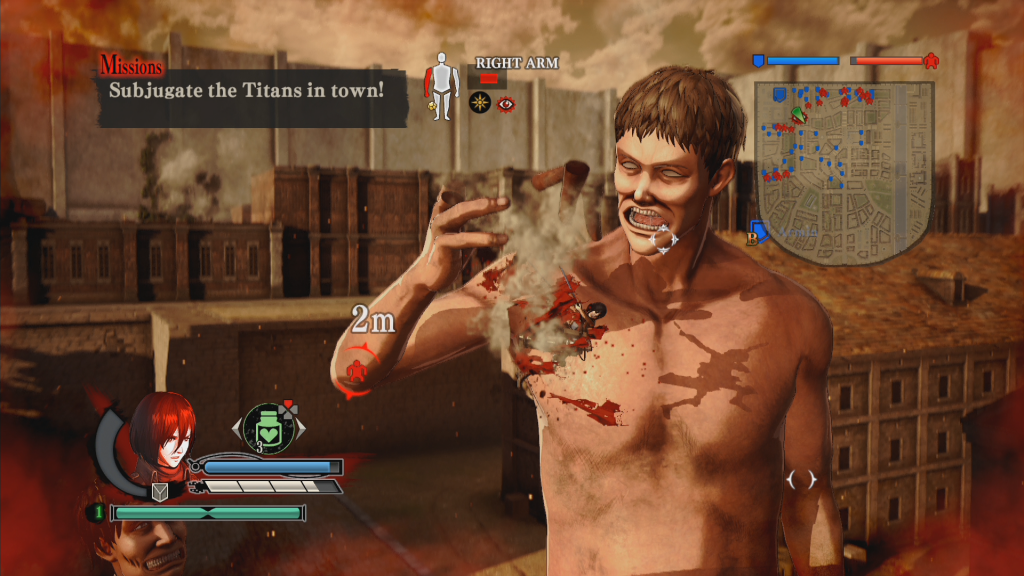 The ODM does take getting used to, although once you master it it is extremely fun to zip around and slay Titans without ever having to touch the ground in the meantime. That said, you do need to keep an eye on both your gas and your blades, as each depletes over time, and you will need to refill them to remain effective.

The missions also vary occasionally from simply utilizing the ODM to slay as many as you can. You will also gain access to cannons at specific points, and even be able to control a mighty Titan yourself. That said, the ODM is the most fun, in this reviewer’s opinion.

Visually, Attack on Titan is fairly impressive, although there are some drawbacks to the graphics. If you get surrounded by Titans, for example, the frame rate tends to drop, and this can become quite annoying after a while. 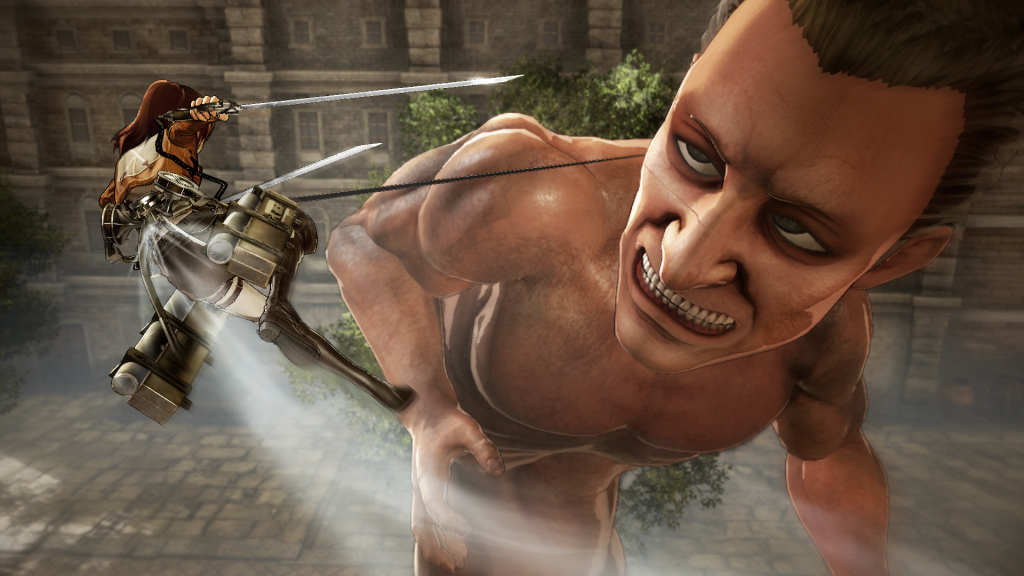 In terms of sound, the music choice is interesting, as is the decision to leave the Japanese dub intact. That said, one has to wonder why they didn’t include an English dub, particularly since it can be easy to miss some dialogue when zipping around the battlefield and attempting to slay the enormous Titans.

Attack on Titan manages to keep itself from falling into the generalization that “It’s an anime-based game, so it must suck!” that so many seem to, and offers up a fun, Titan-slaying time. If you can get past the slowdown, you should have quite a bit of fun taking down these gigantic beasts.