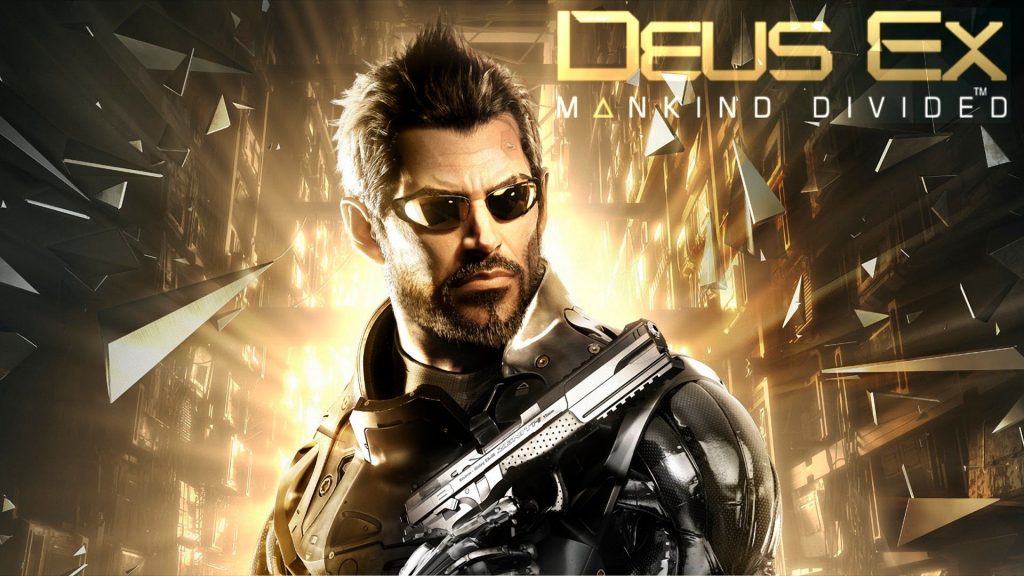 Deus Ex: Mankind Divided shows a great way to do a sequel. 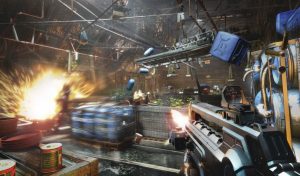 In Deus Ex: Human Revolution, many gamers loved the stealth style the series has always had, but hated that they were forced to fight in boss fights. However, Eidos Montreal had some enjoyable combat programmed in the game.

To utilize the best of both worlds here, MD has a full game that’s the sequel to HR, with the ability to be completely stealth or guns blazing. However, it also included a Breach mode, letting players be as destructive as they want.

Looking at the main game, the story still follows augmented human Adam Jensen. Following the events of HR, “augs” have become second-rate citizens, with the world worried they may attack innocents again.

Players are first dropped into a tutorial in Dubai, which, after meeting an unknown group at the end, we find that Jensen is part of both Interpol, which is trying to stop the current violence in the world, and The Juggernaut, a collective of fighters and hackers that are trying to stop the Illuminati. 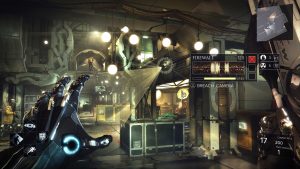 While he’s with both groups, you won’t have to choose one over the other. Instead, Jensen focuses on Interpol and protecting the world, while helping The Juggernaut on the side.

The game progresses through a pretty set pattern. As you run through different cities completing main missions, you’ll often run into cops or citizens that need help or request you to do something, starting a side quest that often rewards you with a point you can use to upgrade yourself.

Mankind Divided lets players take on quests and different areas in the world how they want. Want to stealth into an area by using a vent and some tranquilizer darts? Go for it. Want to blast your way in and take no prisoners? Enjoy the fight. It’s up to you how you proceed.

Jensen has most of his upgrades from the last title, along with some enhanced abilities he never knew he had. These other powers have a risk/reward feature to them. While you can gain huge abilities like shooting out lasers or remotely deactivating devices, other upgrades you’ve already gotten will have to be given up permanently to use these abilities. So, you’ll really have a choice on whether a stronger skill is worth losing what could’ve been a vital skill you’ve used throughout the game. 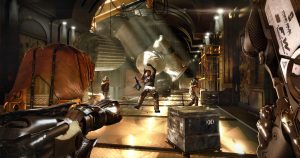 The power system is also back, but will recharge a bit, even when completely empty. This means you can still use smaller, key skills that don’t strain the gage a lot, but bigger skills will have you needing to keep juiced up to use when needed. However, I never felt like I had to take up half of my inventory with these items just to make sure I could always keep juiced. I kept a few items on hand and found enough on the go to always have a good balance.

Combat has also been updated some. When you’re in cover, a small silhouette of yourself will appear in cover ahead of you or to the side of you to show where you can progress to by changing your position. It’s much smoother than the last game and makes it easier to keep advancing during fights to get a vantage point.

The hacking minigame is also back and were pretty fun to figure out. Some puzzles require you to have two-three smaller hacks going at once to open up a lock. However, if you really get into it, you’ll find that some hacks also feature some interesting backstory points to try and take over to get, some of which will require you to use items to stop the firewall, or at least slow it down.

Besides this main game, there’s also Breach to check out. This mode tasks you with taking down virtual datacenters by taking down the digital guards or stealing data and making it out of an area. Again, you can use either stealth or combat, but combat always seemed more satisfying here since it’s just bytes of data you’re taking on.

You can still power yourself up with abilities, but can only equip as many as the GB in your memory allows. Thankfully, as you level up in the mode and try new levels, you can equip new perks.

As you play through, you earn credits that you can spend on card packs to get guns, items, ammo and patches, which are used to put challenges in levels that can give you more credits if you complete them. Of course, packs can be bought with real money as well, if wanted.

Honestly, Breach is a fun mode to waste some time with and try to get a high score on the leaderboards before jumping back to the main title. Missions don’t take long to complete and can leave you feeling accomplished, something perfect for a quick gaming burst.

Even without Breach, Deus Ex: Mankind Divided would be a must-have title. It expands and enhances everything that made the last game great without sacrificing much. Sure, there may be some annoying microtransations, but they’re easy to ignore and still enjoy the game to its fullest. If you’re a fan of the series or have never checked it out before, MD makes it easy to hop in and experience the series to the fullest.