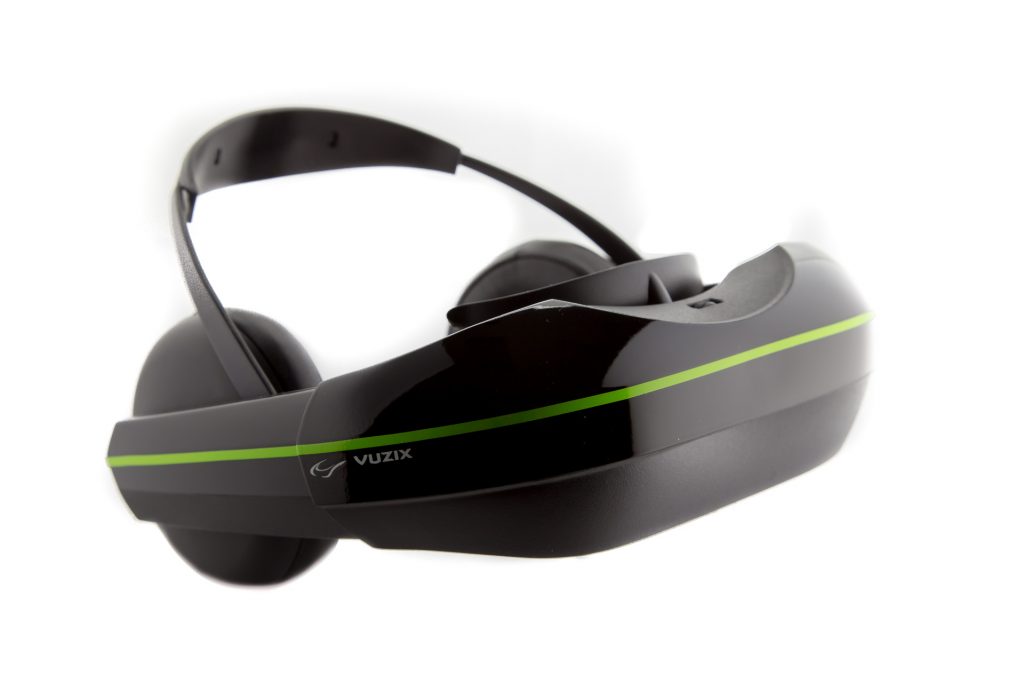 Headsets are starting to become more predominant now.
This year, we’ve had the Gear VR, Vive, Oculus Rift and the upcoming PSVR. The one thing they all had in common, though, is that they are all virtual reality headsets. 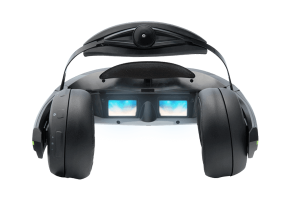 Now, we have Vuzix latest product, their iWear Video Headphones. While they aren’t a VR headset, this may actually be a positive for those wanting a more personal viewing experience without the headache VR gives many people.
The headset comes equipped with two HD displays inside that Vuzix states is the equivalent of viewing a 125” screen from 10’ away. Overall, the graphics when using with the Xbox One came in great, although I noticed a slight separation of colors in the corner from time to time that would pop up then stop. I tried the iWear out on a variety of games, but the highlight definitely had to be when I used it with Overwatch. The bright, colorful visuals really popped when checking out that game. I also had a lot of time with Fallout 4 during my testing, but the desolate wasteland really did nothing to wow me as I was playing. Color and brightness are definitely the forte of the headset.

Movies and shows also looked impressive on the set. I had a nice Deadpool viewing session seeing how movies would play on it, and checked out some Netflix shows as well. The headphones help isolate outside noises, but seemed only slightly better than average as I gamed. I’ve had headsets with better audio quality. Then again, they also didn’t have two screens built in.

The headset can play either 3 hours off a battery charge, or hooked to an outlet for continual play. However, keep in mind that you’ll already have a cord either attached to a system or computer, so the fewer cords the better. The additional weight in front is noticeable at first, but the padded headstrap helps to cancel a lot of that out during extended gaming sessions. I never had a strain on my neck after 4-5 hour gaming sessions, which was impressive. I also didn’t have a headache or eye strain either, something I’ve had with VR headsets.The iWear does have a 3D Force mode, where it converts the two screens into one longer view, which allows you to use the head tracking feature to look around and feel like you’re actually walking around. It was an interesting mode to try out, but one I never used for more than a few minutes at a time.

When not in use, the headset easily collapses down for storage in the carrying pouch it came with. It also features an optional light-shield that I found great not only to block outside light, but to give some extra padding in the headset as well. What may be the biggest downfall of the headset is its price. With so many VR headsets out there available for $300-$500, coming in at a $499.99 price point with no VR may be an issue for Vuzix. However, if you don’t have a computer capable of running VR and want a more private gaming session (say where others can’t see/hear the gameplay at home or at college) that may not deter you as much.

Final Thoughts:
Vuzix has a good product here with the iWear. It has a good weight balance for longer sessions and won’t leave you with a headache hours later. While it doesn’t have top of the line sound, the headphones still do a great job in blocking outside sounds while immersing you. If the lack of VR and price point doesn’t scare you away, the iWear will give you a good personal gaming or viewing experience that will be compatible with most devices for years to come.
‘