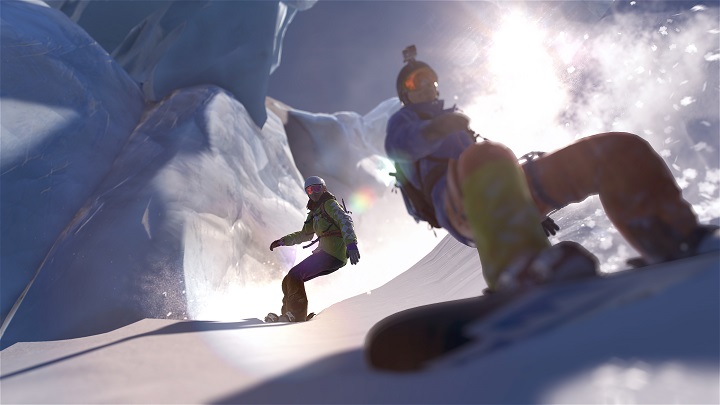 Ubisoft revealed Steep at E3 this year, an open-world winter sports exploration kept hush for quite some time. The last time I truly dug in to a winter sports title was 1080 Snowboarding, the Nintendo 64’s downhill racing/trick festival featuring anthropomorphic pandas and giant snowboard-able ice patches. That was a long time ago. When Steep comes out, all that might change.

Compared to Ubisoft’s other offerings, Steep is relatively low-hype. It only had a couple of demo stations in the Ubisoft press room, and you could have almost missed them compared to the massive display for For Honor, and the medium-sized one for South Park: The Fractured But Whole. That said, Steep provided the gameplay that felt the freshest to me, a play-your-way adventure that allows for blistering races or casual cross-country skiing at the drop of a hat.

My demo time was fairly short, but enough to get a taste of much of what the game has to offer. Instead of offering a set number of courses or events to play on, Steep takes the open approach: you’ve got an entire mountaintop to do with as you please. Skiing, snowboarding, wingsuiting, or paragliding: you can do it all at any time, from any point on the mountain. All you have to do is tap a button and the view changes to a zoomed-out scene of the mountain, and you can reposition yourself at-will. Once you’ve dropped to your ideal spot, you can carve out your own race course, or challenge a friend’s event. 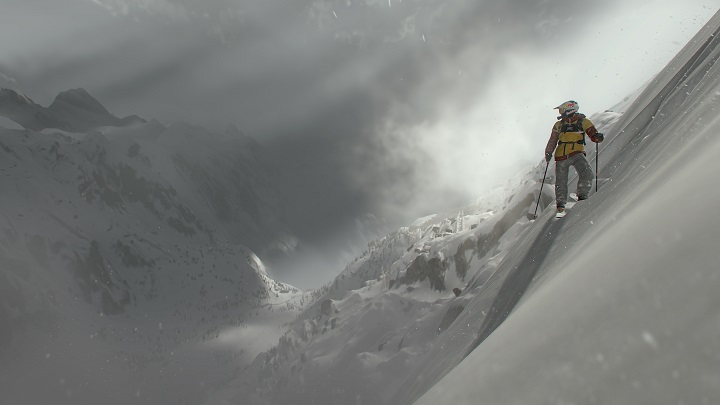 Steep’s digital Alps are based on the real Alps, as the time spent tons of time mapping out various sections of the real-life landscapes for the game. My demo started with a snowboarding mission: another user created a ghost trick run down a section of the mountain, and I had to make it to the end of the run while scoring more points. Steep doesn’t restrict you to precisely the same route as the challenge creator, though; I could diverge from the path, finding my own branches and jumps to lead me to success…or my attempt at success, rather. Turns out I’m really terrible at snowboarding in Steep, even though the riding and trick system is more intuitive than other snowboarding games I’ve played.

Performing awesome tricks is a part of every winter sports game, and that’s no exception in Steep. But tricks feel like just a part of the meal as opposed to the main course, and that’s evident from their fairly simple tricking system. There’s no complex input system for complicated tricks like in 1080 or the Tony Hawk skateboarding games. Instead, players simply combine a direction with the grab button for different grabs, and can execute spins and flips with a move of the stick.

Timing is critical, though; land too late, and your knees will start to fail, eventually leading you to bail on a trick. Once I bailed when moving at a pretty high speed; the 15+ second roll/flop my character did down the mountain was comical, and much more enjoyable than the broken bones/death I’d have sustained trying that maneuver in reality.

I managed to shine in wingsuiting, though. Near the end of my demo, I transported to the top of Mont Blanc, the highest summit in the Alps.With a quick hotswap to the wingsuit, I found myself plummeting towards the ground in a Proximity Flying Challenge: I needed to travel as far as possible while flying as close to the rocks as possible. 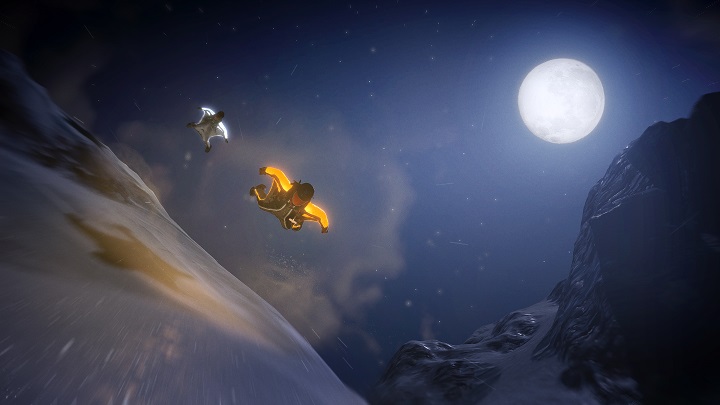 Again, controls aren’t complicated: with some simple plane-like guidance, I glided through rocky valleys and managed to get a silver medal, a goal I didn’t even come close to while snowboarding. Moreso than the rest of the game, the wingsuiting made me wish that there was a first-person camera and a way to capture the action…of course, they’d already thought of that.

Steep’s a fun game, but it’s also a gorgeous game. The lighting effects and rendering of the real scenery made the snow and ice pop in the simulated twilight, and it’s bound to create moments worth sharing with friends. Steep includes a “GoPro Hero” mode, a first person view that can capture all of your runs in HD right from the character’s perspective, flips and spins and flops included.

For those looking to create a third-person highlight reel, Steep allows that, too: after completing a run, you can go back through it frame-by-frame, finding the perfect angles to take snapshots or record footage. More than recording sick tricks though, I felt like I just wanted to take pictures of the landscapes: imagining what the world will look like at different times of day, under different weather conditions, or with other players on the slopes at the same time…Steep could create quite the digital photo album.

By opening up the Alps to the player and truly handing over control, Steep stands to redefine the way we look at extreme sports titles. Though many may be longing for the days of 1080 or SSX Tricky, thus far Steep stands to offer a great next-gen, open-world sports experience. Keep an eye out for it when it hits shelves on December 2 this year.