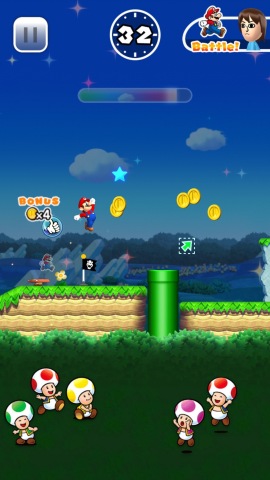 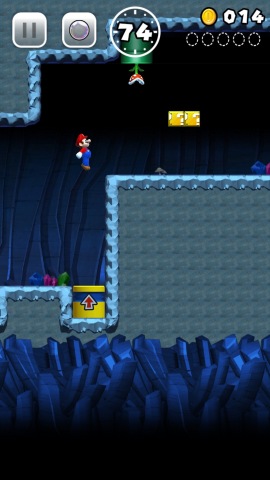 During an Apple event recently, Nintendo announced that Mario will be debuting on mobile via Super Mario Run, a full-sized Super Mario Bros. action platformer that has been developed specifically for mobile platforms.

Shigero Miyamoto, who first created Mario more than 35 years ago now, stated, “We have created Super Mario Run to be perfect for playing on your iPhone. Super Mario has evolved whenever he has encountered a new platform, and for the first time ever, players will be able to enjoy a full-fledged Super Mario game with just one hand, giving them the freedom to play while riding the subway or my favorite, eating a hamburger.”

“The App Store has made so many things better in our lives — the way we communicate, the way we work and the way we have fun,” said Tim Cook, Apple’s CEO. “But for gamers of all ages, the story just hasn’t been complete without Mario, so we are thrilled that Nintendo is bringing him to iOS for the first time this December.”

Super Mario Run features a mode in which players collect coins as they head for the goal, as well as a mode in which you can compete against the acrobatic moves of others who have completed the same course. You can also created your own Mushroom Kingdom based upon your play results in a third mode.

iOS gamers will be able to download and play a portion of the game for free, with full content requiring purchase. To help iOS users get ready, a free Mario-themed sticker pack for iMessage will launch later this month.

This title helps represent the next phase of Nintendo’s expansion to the mobile platforms, following Mitomo earlier in the year. They also intend to deliver mobile titles from both the Animal Crossing and Fire Emblem franchises before the end of March, 2017.