Aerial combat games don’t come around too often as there are a lot of challenges into making that type of game. Some of those challenges include finding a way to maintain variety, robust single player modes, or even finding a good control scheme. In comes Strike Vector EX, RageQuit Corporation’s enhanced version of the original Strike Vector that released on PC back in 2014. Finally releasing for consoles, Strike Vector EX brings a fun and engaging take on aerial combat to the foray. 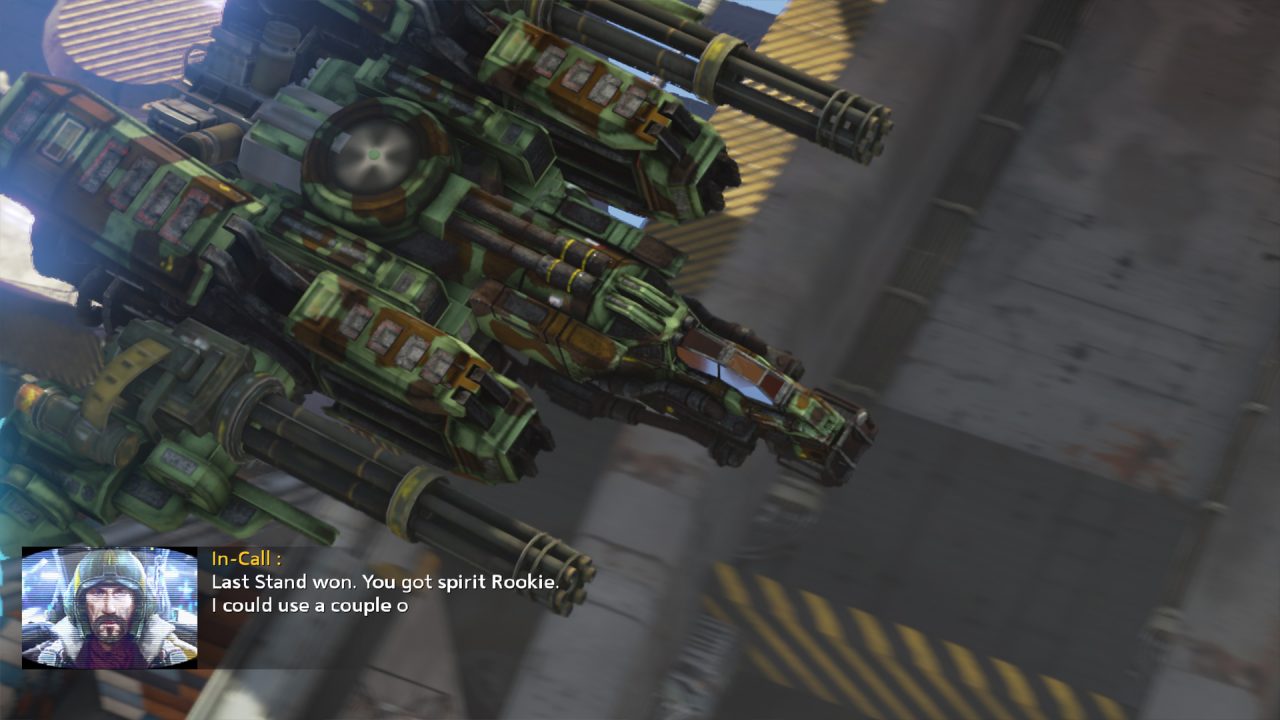 Strike Vector EX combines high speed aerobatics with a large variety of weapons to create epic dogfights across 15 different maps. Players can play in first or third-person views and maneuver through obstacles, power-ups, and other explosive hazards, not to mention the other enemy vectors. New to the EX version is a single-player campaign that acts as sort of a tutorial for the multiplayer component. Unfortunately, despite the obvious efforts from a four-man development team, the campaign is pretty underwhelming to say the least.

The story puts players in the hands of Marv, a newly recruited pilot for the Consortium, a militarized group that makes up one half of a war taking place on a global scale. In this world, one of the most valuable benefits a soldier could have is cloning privileges, a sort of peace of mind for people fighting in the war. The cloning privileges act as a way to explain respawning in a video game story of sorts, though it never actually comes into play with the storyline, as nobody ever magically comes back to life through the use of clones. Even Marv always restarts at checkpoints on a mission rather than just instantly respawn, though to be fair, his cloning privileges are often revoked throughout the story. 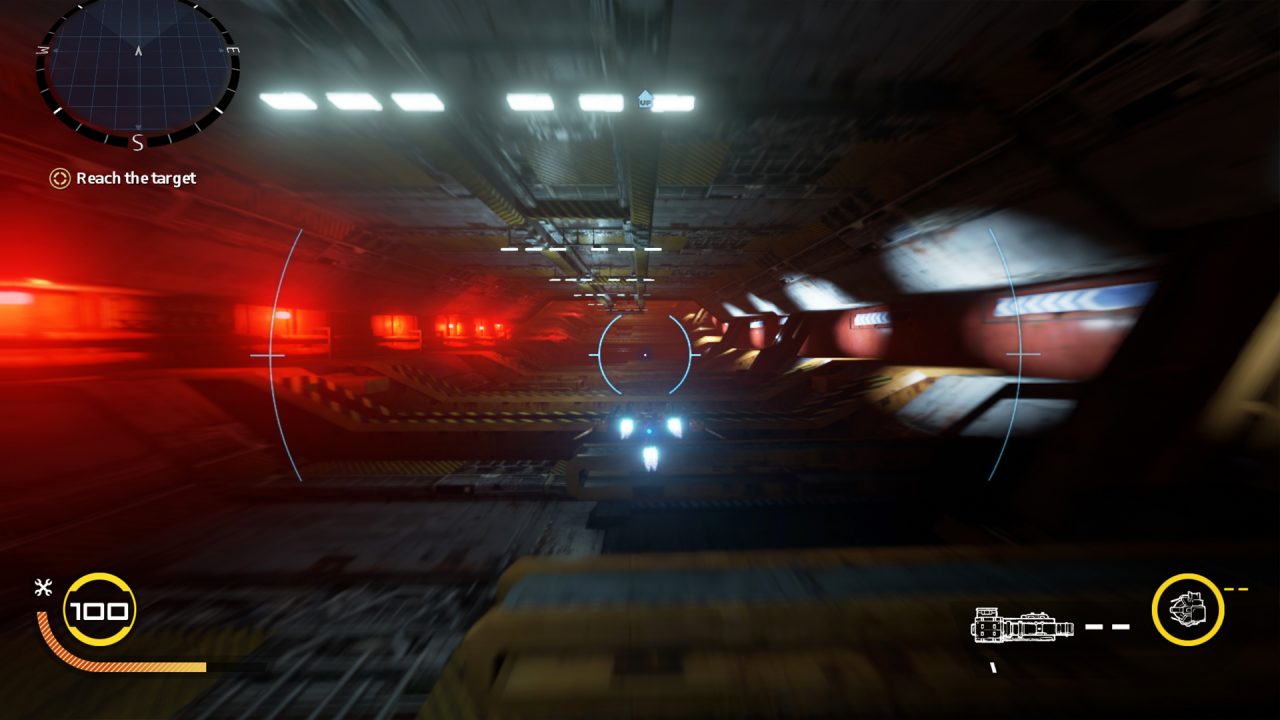 Marv himself also never seems to keeps his allegiances, as he moves from one group to another at the drop of a hat. One moment he’s a soldier, next he’s a sky pirate, and then a mercenary, and sometimes the transition doesn’t make any sense. One mission literally ends with Marv being told to assassinate a high profile target, only for the next mission to start with him working as a mercenary under said high profile target, and not uncdercover. Each of the 15 missions feel like a twist was written into it to try and keep things interesting, but it unfortunately just makes for a confusing storyline that lacks sense. The lackluster voice acting doesn’t help either.

The gameplay for the missions tasks players with defeating several opponents, most programmed with terrible AI that puts them into predictable situations. Every once in a while, players will be forced into a duel with a boss character, which changes the AI somewhat to an enemy that is a bit more competent. Other missions include protecting precious cargo, destroying special targets, and one mission even includes a pretty challenging escape from an explosion. If there were more missions like that, then the storyline and terrible AI might be easier to forgive. At least the 30 stadium challenges offer an extra set of fun trials to truly test your skills. Despite the campaign being an added feature, it really feels more like an expensive afterthought.

Regardless of the single-player content, the multiplayer is the main focus, and luckily, the game excels at it. Offering six different game modes and an offline Skirmish mode (which oddly enough has much better AI), the multiplayer provides tons of entertainment, even if there aren’t a lot of players online. Bots automatically fill up games when trying to play online, meaning that there can even be online games where players are playing by themselves. If not for the excellent AI that make the bots feel like real players, then this would be an issue, but since that isn’t the case, it is a welcome addition.

Modes range from standard free-for-all and team deathmatch to games like Capture the Flag. One mode that is a standout is Bounty, where players battle it out in a free-for-all to take out the first place leader carrying kebs, the in-game currency. As players gain points, it raises the bounty on their head, meaning that players that kill them gain their value. Whoever has the first place bounty at the end of the match is declared the winner. This mode is fun because if allows players to work together as part of a team, but also to compete against each other to become the first place fighter. The mode is very reminiscent to Hero Hunt in Star Wars Battlefront, which might be one of the reasons it feels like such a breath of fresh air from the standard multiplayer modes. 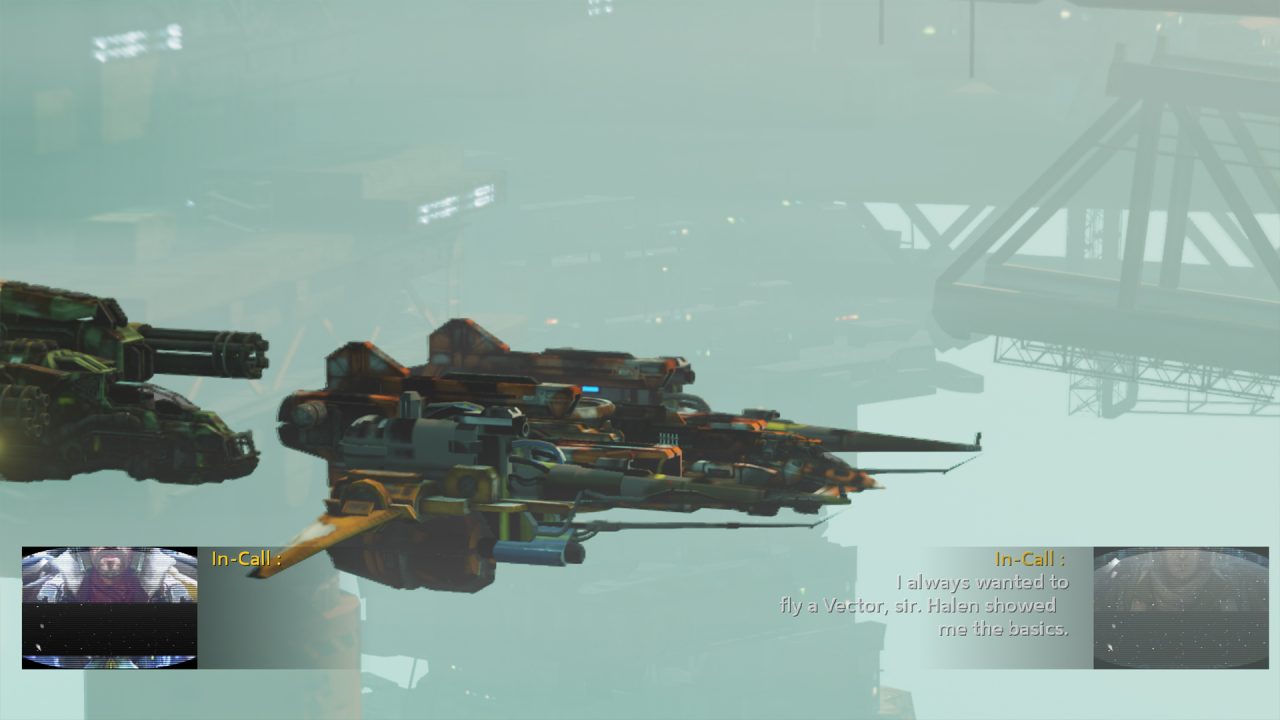 As one plays multiplayer, they gain experience and kebs to unlock more customization options, extra items like gallery art, and profile backgrounds. Unfortunately, aesthetics are all that get unlocked as all weapons and abilities are unlocked form the start, making the level up system almost pointless. Weapons range from standard gatling guns to stalker mines, and abilities can improve handling, speed, or defensive capabilities as well. Finding the right combo of weapons and abilities is part of the personal experience, and these can always be changed in the armory before respawning. All the maps are from the campaign so again, the campaign acts as a sort of tutorial to get players familiar with the maps before taking the fight online.

Even though Strike Vector EX doesn’t have a very engaging storyline, it is still an entertaining multiplayer game with a food set of visuals powered by Unreal Engine 4. It would help if it had a splitscreen mode to at least give it a local play option, but the game is still a lot of fun when getting that satisfying shot on an enemy, or taking down several with a well placed group of mines. Just the fact that a group of four developers made a game like this is a triumph, and if given more resources, the campaign could’ve been a smash hit. Regardless, settling for the excellent multiplayer isn’t such a bad thing.