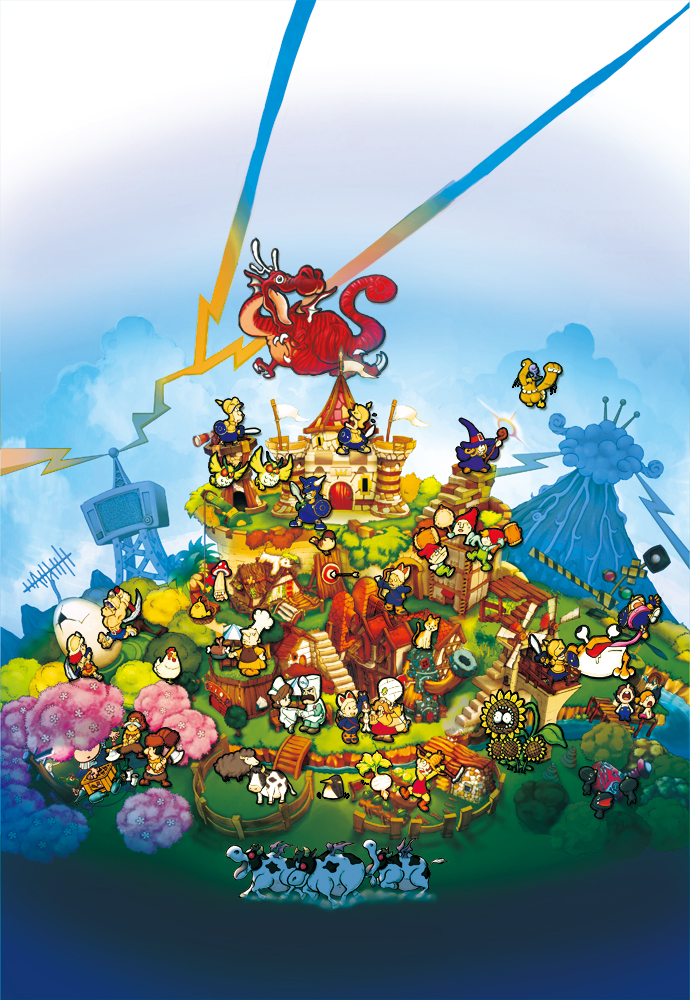 At the start of this month, Little King’s Story was released on PC. How well does the port stack up?

The story of the game follows the young Corobo, who, after running into the woods after some mice, stumbles upon a glowing crown. He is suddenly proclaimed the King of Alpoko, and is taked with the responsibility of running and managing the new, blossoming kingdom. This is, of course, a daunting task for anybody, but when you consider the fact that he is a young boy…

To run the kingdom, you will need to venture out and dig up and sell as many resources as possible. As King, you also have the ability to command normal citizens of your kingdom as you continue to help Alpoko grow. The villagers will follow your commands and do everything necessary to proceed, including chopping wood, digging holes, and yes, even fighting monsters. 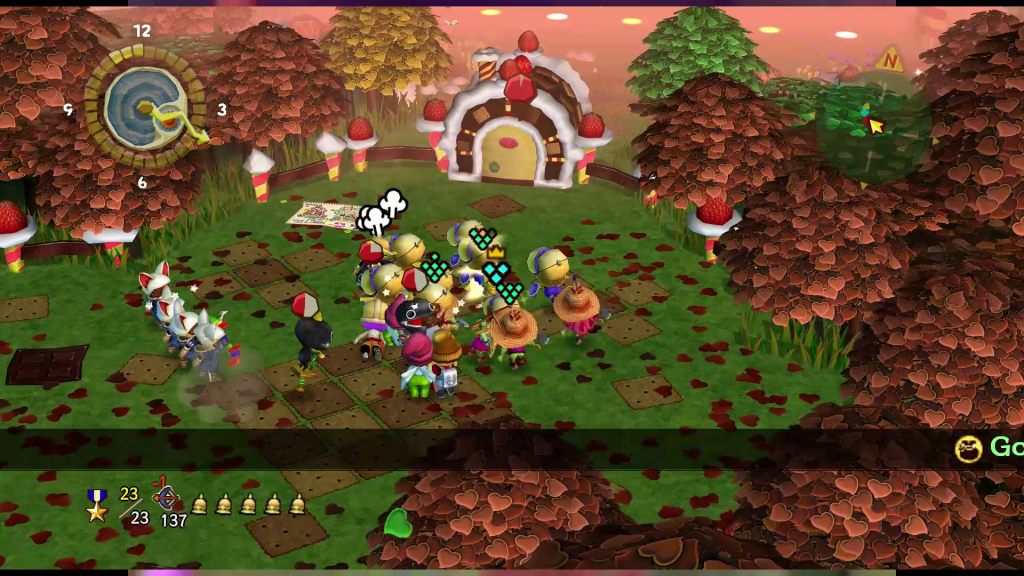 That said, you may think it’s simple, as you just need to grab the nearest members and randomly command, right? If so, you’d be wrong, as villagers can be trained in specific areas of the kingdom and assigned to different roles and classes. You may want to make one a lumberjack, another a farmer, and a third a knight, for example.

Some of the classes can be upgraded as well, giving players incentive to bring the same villagers along on each journey instead of just grabbing a couple of random ones each time. Of course, this can also make it even more difficult when you lose a subject in battle after taking on one of the many Unidentified Mysterious Animals found within the game.

You will come across a variety of enemies, such as walking turnips, giant snails, and cows with skulls for heads to name a few. To combat said enemies, you will need to manage the correct number of villagers to engage in battle, and recall them if things start to look grim. Depending on the class, some villagers will, of course, be more adept at fighting off enemies than others, and thus the combat can quickly turn into a case of juggling weaker and stronger villagers. 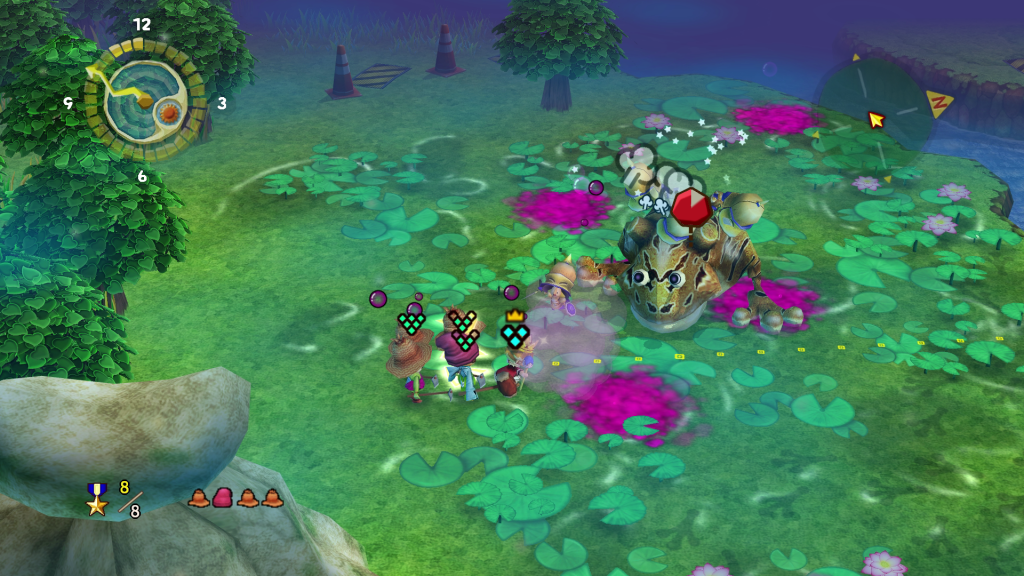 As you advance, you will be introduced to other kingdoms, which you must conquer. You will face down kingdoms characterized as being over lazy or the ultimate party animals as the game makes light of world domination and continually points out exactly how silly the entire premise truly is.

In terms of controls, everything feels quite simplistic and lacks any point and click controls. Those accustomed to the many mouse and keyboard strategy games available may feel disappointed due to this, but the gameplay is still quite enjoyable.

When it was originally released on the Wii, it seemed noticeable that Little King’s Story was a game meant for Gamecube. The PC port is just a noticeable, however the game does manage to use its art style to its benefit quite expertly, compounding its delightful tone. It is reminiscent of a children’s picture book, which creates a delightful little atmosphere. 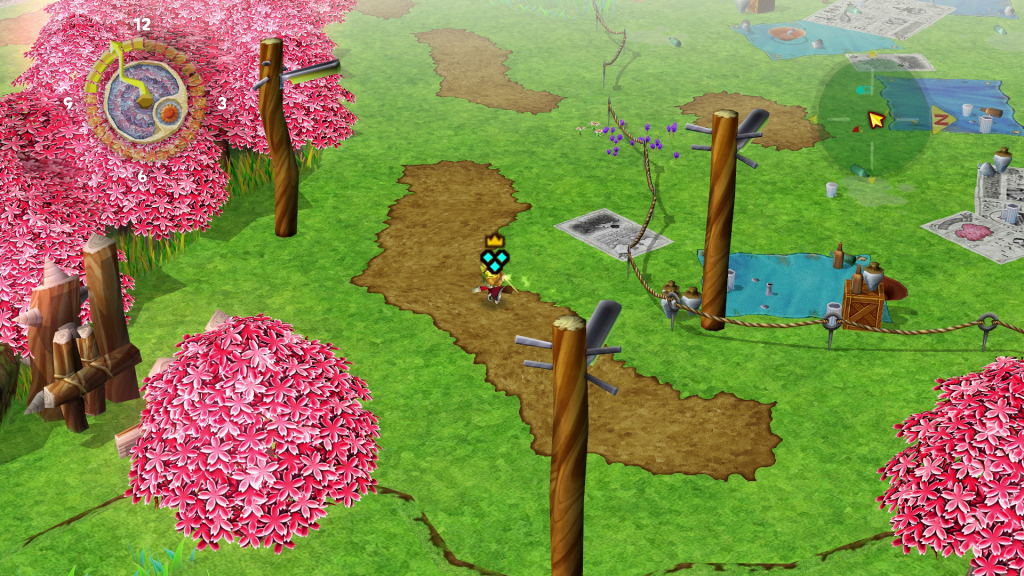 The music and sound feel also compliment the game’s style, making it more impressive than it would be otherwise.

Overall, Little King’s Story on PC seems like it is quite a barebones re-release, with very little done to make the PC release any different from the Nintendo version. Depending on your camp, this can either make the game feel less polished than it is, or be a testament of the game’s quality, with so little needing to be done despite the seven year gap.

If you missed out on the original, you will likely have quite a bit of fun in Little King’s Story. Those who have played the original, however, shouldn’t expect any revolutionary changes to the game in this port.