2D fighting games have a storied history in arcades, but they’ve also been a big presence in the console market. Street Fighter V’s release on PS4 and PC made a splash, but broken netcode held it back from larger success. SNK’s newest release, The King of Fighters XIV wants to be the king of fighting games, and thus far it feels like it just might take the crown with its refined graphics, approachable fighting system, and gigantic character roster. 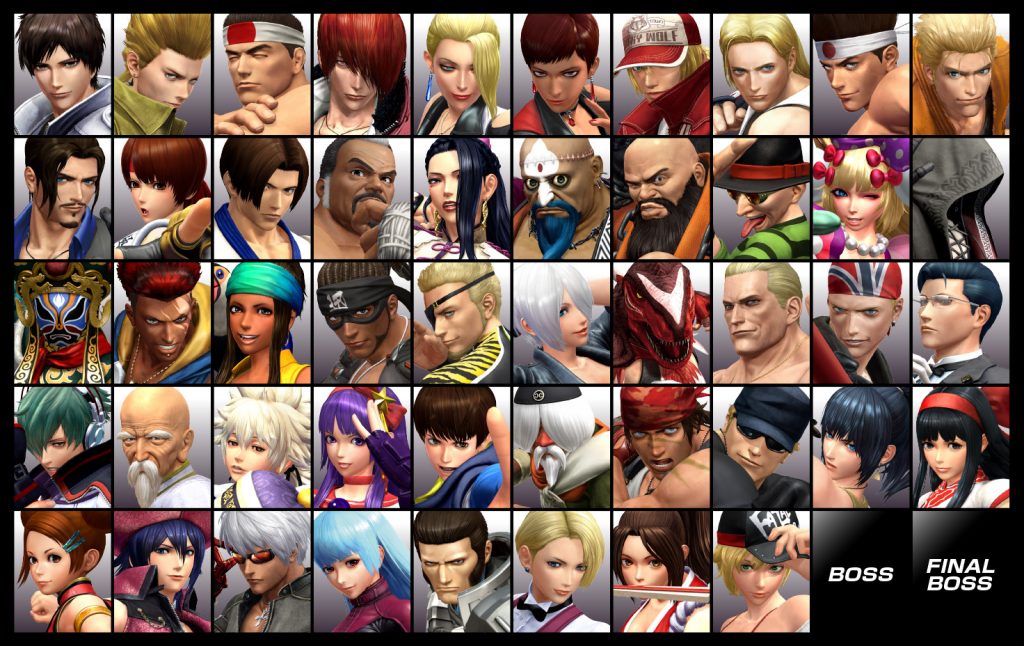 The biggest change King of Fighters veterans will notice is the new character models. The past thirteen games have all featured 2D sprites, but the new characters are fully rendered 3D models. All the fan favorites like Kyo, Iori, Mai, and more have been redesigned, and they look great. They’ve put together a gigantic roster of 50 playable characters, each of which is part of a three-person themed team. The Japan Team features fire-wielding Kyo Kusanagi, while the brash American, Terry Bogard, helms the Fatal Fury Team. There’s even a South American, Mexican, and Chinese team, each of which offer tons of new characters with a diverse set of fighting styles. With such a large roster, it’ll be interesting to see how the game’s meta evolves and which characters rise to the top of the tournament circuits. 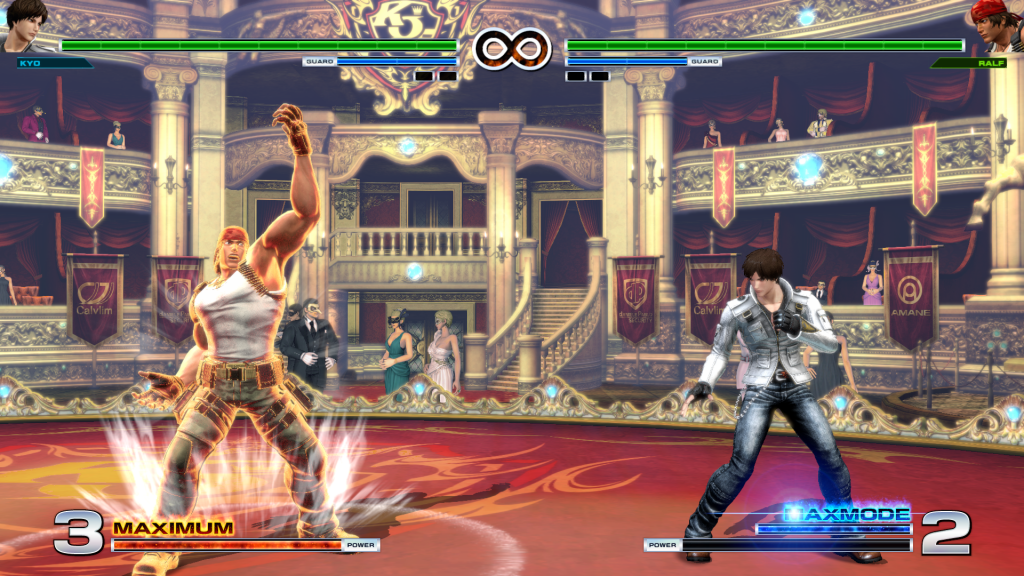 Fighting games generally come with a steep learning curve, and KOF XIV comes with many of the same complex inputs as other games. Thankfully, this title comes with a few features to help balance things for casual players. Most significant is the addition of the Hyper Combo, a multi-move super executed by mashing the light punch button. There’s also a new MAX Mode, which speeds up a character and increases their strength by spending some of the super meter. They’ve also included a training mode to teach all the concepts of combat in KOF, as well as character-specific combos so people can learn how to best use their favorite characters. Though players who play with a fight stick likely won’t notice this, in training mode the reset button is mapped to the touchpad…if you’re a D-Pad player like myself, you’ll probably reset the training tons of times by accident. Still, this reset doesn’t apply in any sort of competition.

With 50 characters and 12+ stages, you can imagine the combat is as tense as ever in KOF XIV. Whether in Story, Versus, or Online mode, fights flow at a smooth 60 frames per second when optimal. Regardless of the animations in Story and Versus mode, I never experienced any slowdown. Online play was a bit different, but was generally connected to lag; some matches ran as crisp and smoothly as local multiplayer, where others would stutter for a few seconds at a time. Like any fighting game, figuring out netcode is difficult, and the KOF team is working on optimizing the technology. I also had issues where I couldn’t connect to lobbies, and I’d get an error message saying that the game couldn’t get data on the room. I searched for the error message online and couldn’t find other people with the same issues, so I’ll hope those were isolated incidents or an issue on my end.

On the note of online multiplayer, the lobby system is fairly intuitive and open; lobbies hold up to six rooms with two active players and a row of slots for players waiting for the next match. When waiting for a match, players can spectate and cheer while using canned responses to comment on the match. As someone who isn’t great at King of Fighters XIV, it was fun to watch other players pull off combos I could only dream of.

My only regret with KOF XIV is that the story feels almost non-existent. After hyping up the various “teams” in the game and the mysterious boss at the end of the game, it would have been great to see some sort of story that tied all the incidents together. A single-player mode like Injustice’s that made players rotate through various teams would have incentivized players to try the entire roster while creating a deeper experience within the KOF universe. Still, collectible hunters will play through the events and story multiple times; each event cleared unlocks a random piece of art or music tied to the game. Odds are that the team spent less time thinking about the story, instead focusing on the gameplay itself, and it worked out. 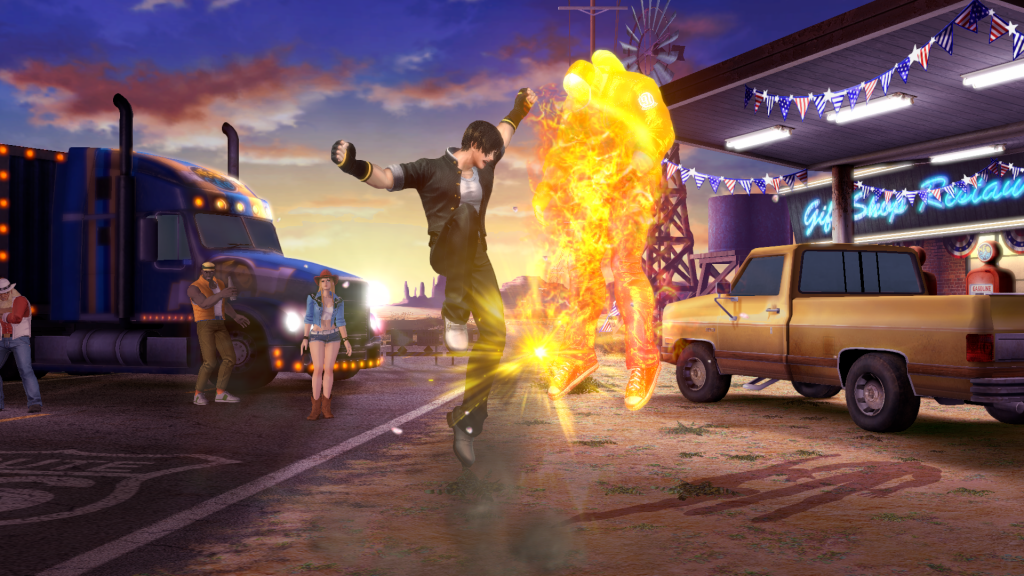 King of Fighters XIV is a great addition to the PS4 and PC lineup, and I’m hoping that it’ll make a great entrance to the fighting scene at next year’s EVO competition while competing for attention with Guilty Gear Xrd SIGN. Street Fighter V may have the name recognition right now in North America, but if Capcom fails to deliver a competitive product, they may just see SNK and Atlus’s storied brawler become the new King of Fighters.