During the recent 2016 Pokémon World Championships, The Pokémon Company International shared a first look at some of the new Pokémon that will appear in the upcoming Pokémon Sun and Pokémon Moon video games. Here are these Alola region beasts: 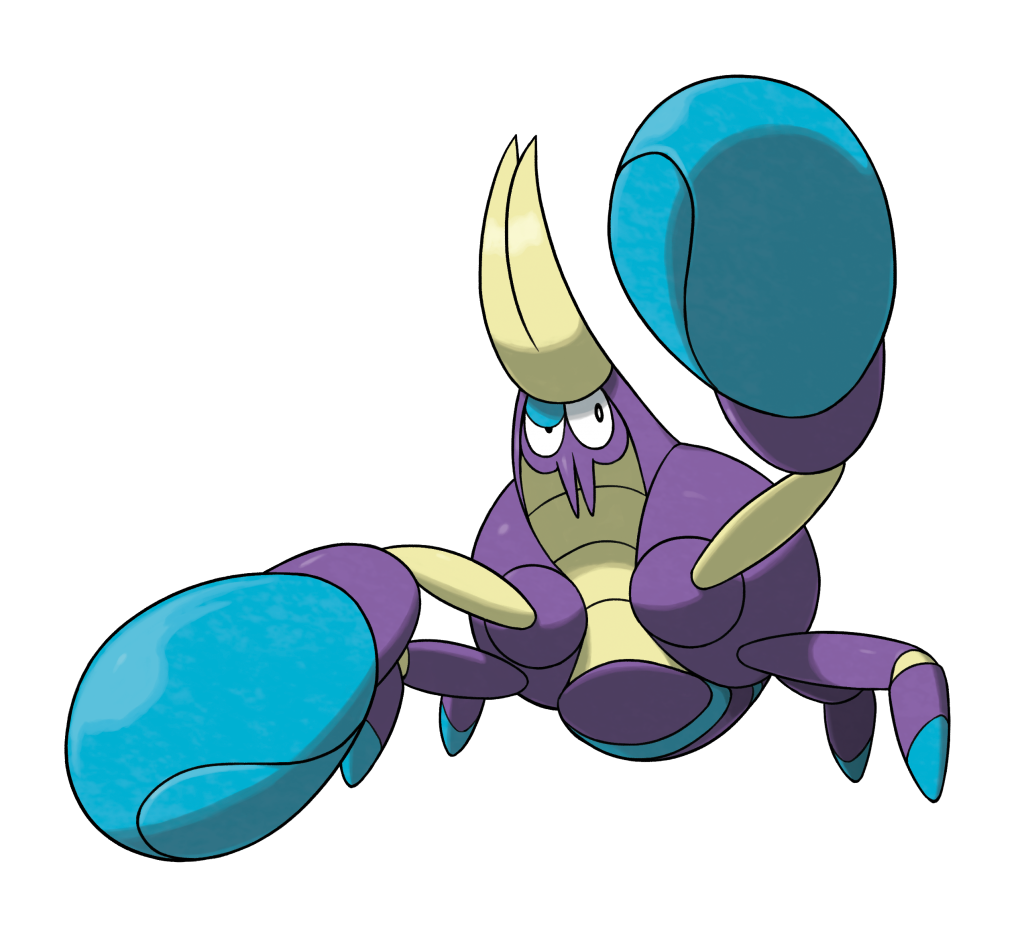 Crabrawler is a Boxing Pokémon that really hates to lose. It can be found clinging to buildings with its powerful pincers that also pack a powerful punch, or gathering around trees in search of Berries, its favorite food.

Stufful may have a small body, but this Pokémon has extraordinary strength. Despite its cute, fluffy appearance, Stufful dislikes being touched and will flail its arms in protest. Stufful evolves into Bewear. 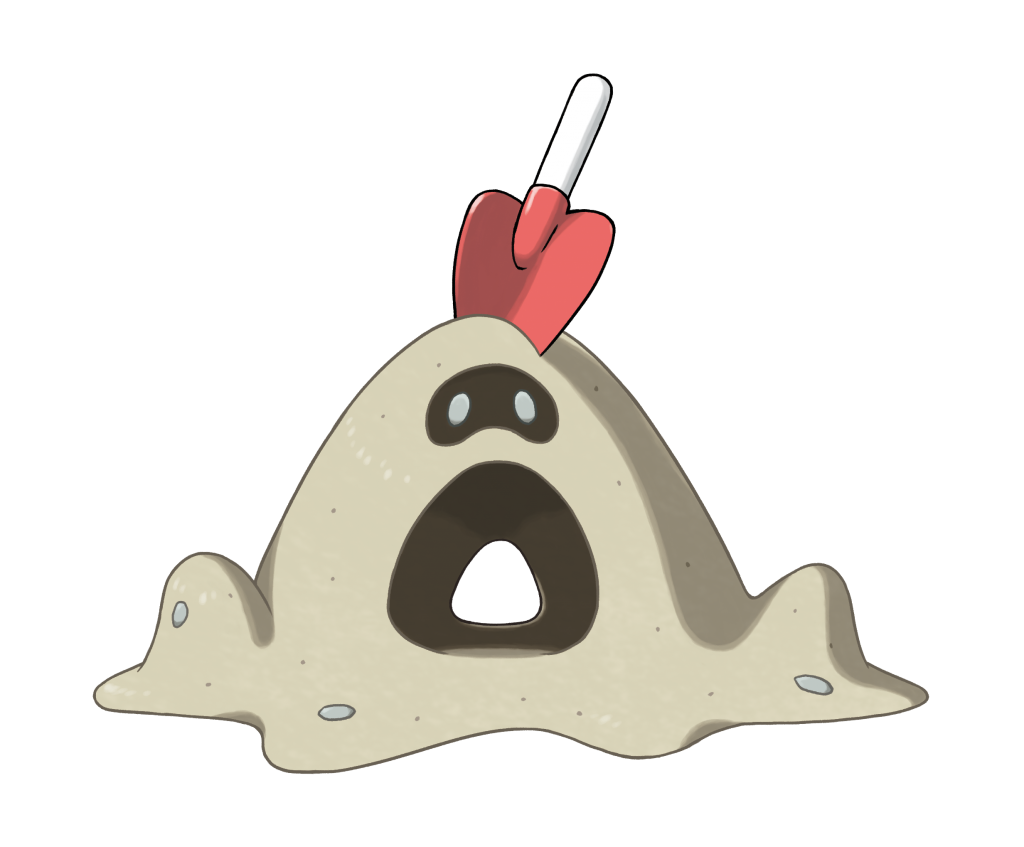 Sandygast emerges when the grudges of fallen Pokémon soak into the sand after battle, and its tunnel-like mouth can suck the vitality from people and Pokémon. Sandygast also features a new Water Compaction Ability, never before seen in other Pokémon, where its Defense stat goes up by two if it’s hit with a Water-type move. Sandygast evolves into Palossand. 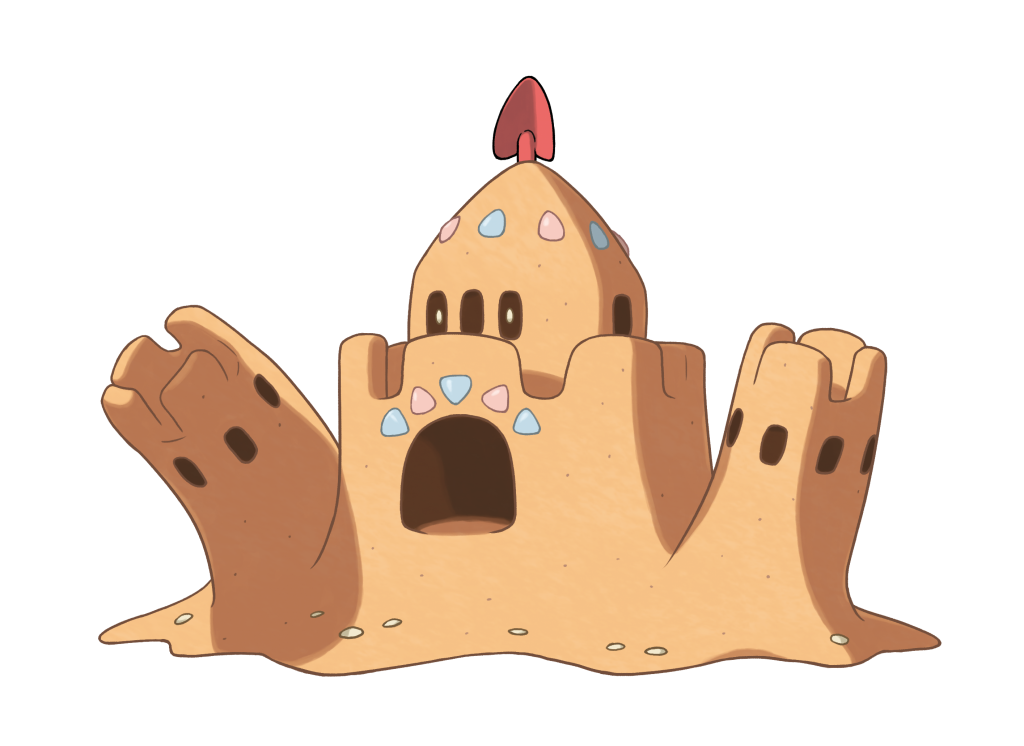 Palossand disguises itself as a sandcastle, with its shovel on top serving, it is believed, as a radar to search out prey. Unsuspecting small Pokémon are dragged into Palossand’s body through its sandy vortex so it can steal their life force.

In addition, they have shared information as the Pokémon TCG will see the introduction of the Sun & Moon Series and the new Pokémon-GX cards. The term GX describes special attacks and Pokémon that are new to the TCG, and will require players to develop new tactics and strategies as they engage in the game. Here are the official details on the GX:

Each Pokémon-GX has a devastating GX attack that can instantly reverse a player’s disadvantage or create an early-game advantage. A player can’t use more than one GX attack in a game, so deciding which GX attack to use and when poses a strategic challenge.

In Pokémon TCG: Sun & Moon, Pokémon-GX will make their first appearance. There are four defining characteristics of Pokémon-GX.

The Legendary Pokémon Solgaleo and Lunala, who appear on the covers of the Pokémon Sun and Pokémon Moon video games, will be featured in the Sun & Moon expansion as Pokémon-GX.

The Sol Burst-GX attack allows a player to attach up to 5 Energy cards from their deck to their Pokémon in any way they like, making it a powerful attack that’s useful for super Energy acceleration.

The Lunar Fall-GX attack lets a player immediately Knock Out any of their opponent’s Basic Pokémon.

What are your thoughts on these revelations?