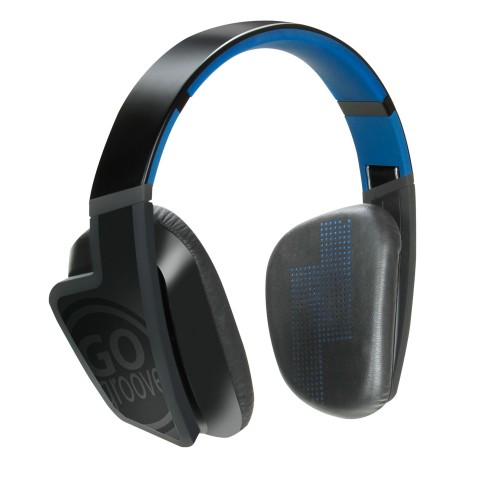 While plenty of headphones still have gamers wired to a controller or computer, it’s nice to run into a pair of Bluetooth headphones to allow for more freedom.

What normally bogs down Bluetooth sets, though, is the cost. A good Bluetooth set can easily pass $100, with top of the line models considerable higher.

However, what sets the GoGroove BlueVIBE FXT headphones apart is its price. At only $39.99, the FXT is a good entry pair of headphones with a built-in microphone. However, a few issues keep the headset from being a good entry for many gamers.

First, let’s talk about the Bluetooth feature itself. I had no problem getting it to sync to both a phone and a tablet. After a few minutes, it even connected to the laptop without an issue. However, when I tried to sync to the PS4, the console never recognized the headset. While three out of four isn’t bad, not having the console access was disappointing. 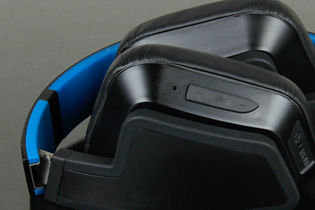 I also had an issue with the headphones wanting to slide around. Even with the headset down as tight as it could go, any kind of movement up or down would have the set falling off. At least the phones held firm to my ear, instead of the entire set hitting the ground. Still a better grip to the top of the head would be nice, especially with the set being billed as great for exercises. If you’re doing an exercise like a bike ride or workout at the gym, they’re fine, but running around causes these to bounce back and forth.

The headset comes with volume controls on the side of the headset, as well as a built-in mic that can be muted. If you don’t feel lie using the Bluetooth, don’t worry, it comes with the AUX cord and 3.5mm audio input to use in most devices. The battery lasted about 7-8 hours before completely dying and needing a full recharge, which is standard for a lot of headphones out there.

As for the sound quality itself, I was impressed with what the headset put out. It was crisp and clearer than I expected for a headset of this price. While it doesn’t compare to high-end sets, it can hold its own with many mid-level Bluetooth sets. It also had a decent range you could go away from the device before it started losing signal strength. I tried leaving the device downstairs and heading upstairs with the set on, and only started getting some crackle once I hit the opposite side of the house.

Additionally, the set has an IPX4 Water-Resistant rating. While the set handled rain well enough, I didn’t feel as confident putting it through some of the water tests I had put previous Braven products through. Dunk this headset underwater at your own warning.

Overall, for a budget headset, the BlueVIBE FXT offers a good package. While I did have some issues with connectivity and wiggling around, the sound quality helped make up for it. If you need a pair of headphones for on the go or for a quick gaming session, the foldable FXT may be worth looking at.