What has been rumored for a few days now has been officially confirmed, as Final Fantasy XV, the JRPG epic ten years in the making, has been delayed to November 29th. The highly anticipated title was reported to be delayed by several GameStop stores that had been told by Square-Enix ahead of time. Today, game director Hajime Tabata has released a video confirming the delay to the world.

The main reason for the delay was due to a day one patch that the team wanted to instead include on the disc for users without internet access. According to Tabata, the master version of the game has been completed, with the demo available to attendees at the upcoming Gamescom in Germany. A 30 minute gameplay demo will also be made from this master version and be shown on August 16th. 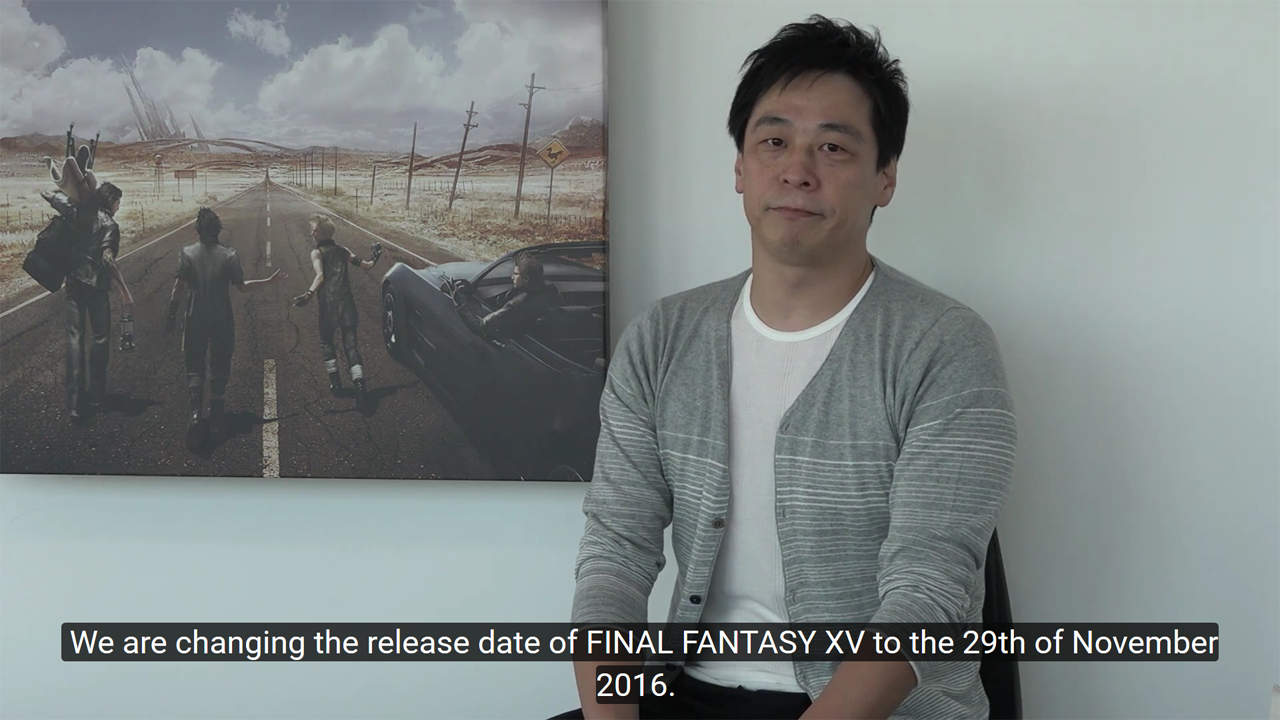 “Our objective with FFXV was to deliver a Final Fantasy of the highest possible quality, to every single person who buys the game,” says Tabata in the video. “I came to think that it might be a mistake just to deliver the master version we have finished to everyone. So I realized that if we were to go ahead and release it, then myself and my team would wind up regretting it.” Tabata also mentions that he wishes to use the time to polish the game to make it the ultimate experience for most fans of the series.

It’s always unfortunate to hear news of a delay, but in most situations, a delay tends to make the end result much better (with obvious exceptions). While it is a bit of an expectation for Xbox One and PlayStation 4 owners to have internet connections for their consoles, it is really considerate of the team to want to include all the patch content on the disc. Even games like Call of Duty: Black Ops III didn’t let players access the campaign without downloading a patch, so it isn’t unusual for a team to want to avoid that. Feel free to watch the full video from Hajime Tabata below, and make sure to turn on the closed captioning for English subtitles.