Sekai Project recently, during their live panel at Anime Expo, announced their plans to publish and localize several new PC titles, as well as bring a highly-popular PC series to PlayStation 4 and PlayStation Vita. 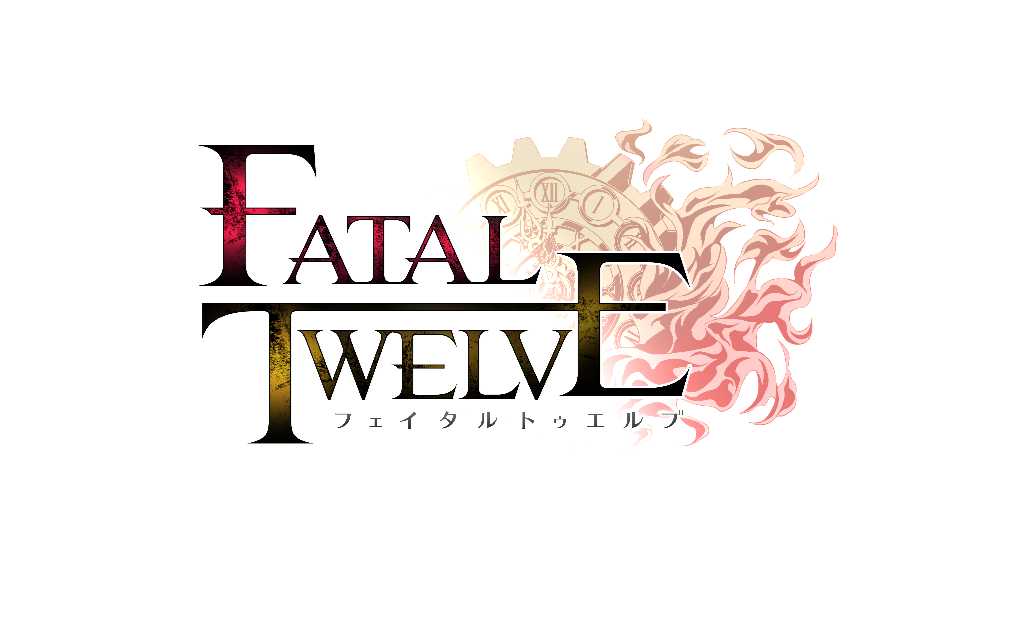 In this game, twelve people meet inside the dream world one day. They differ by occupation and gender, however they do have one thing in common; A limited time to live. To survive, they are given a task known as “The Choice of the Goddess,” which is a ritual that allows one of the twelve to escape their fated death.

When they return to the real world, they discover that they have miraculously survived their “Approaching death”. Though this death was their actual end, their lives have been extended for a mere twelve weeks by the goddess who makes the selections.

Now, in order to survive, they must uncover the name, cause of death, and regret of the other eleven people within the granted time period. Rinka, the protagonist, will entrust her fate to the three cards that hold this information, with the game prompting an interesting question; “When faced with the death, how will you live out the rest of your life?” 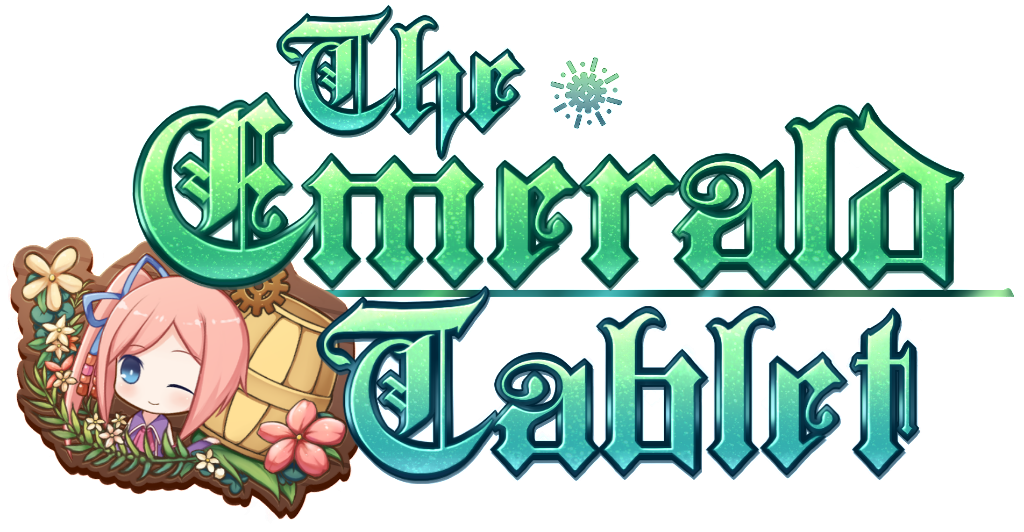 You will be able to take part in crafting quests from the townspeople, which range from mundane tasks (such as crafting normal household items) to more elaborate ones. You will be able to customize your growth, equipment, and attributes as you collect materials for crafting, allowing you to create a truly unique character destined for victory. 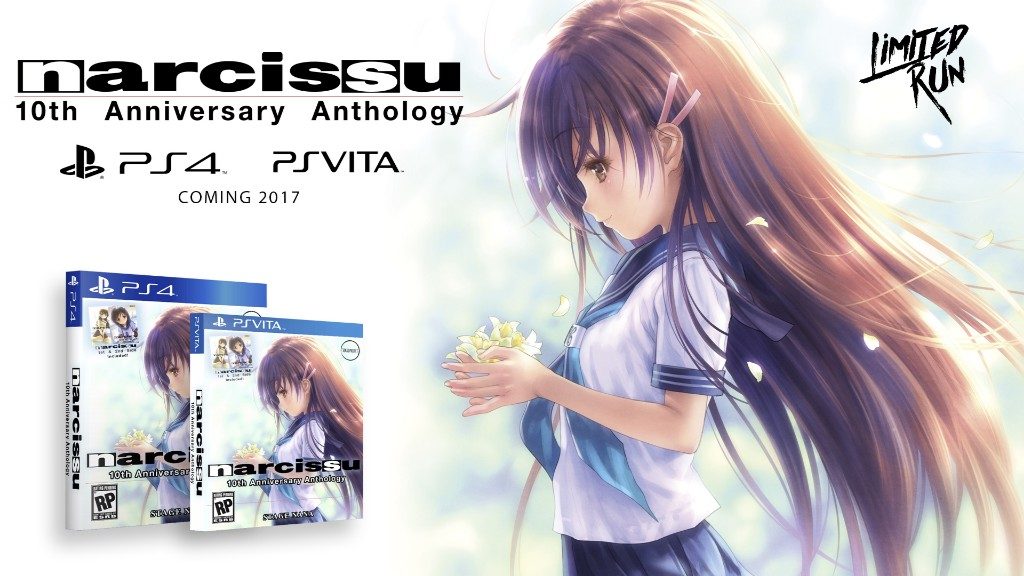 The popular thought provoking visual novel series about terminal illness, living, dying, and the relationship between those leaving and those left behind, Narcissu, will be heading to PlayStation 4 and PlayStation Vita through Sekai Project and Limited Run Games. This console adaptation includes Narcissu 1st and 2nd and will include development materials and video footage about the game.

The original titles have been downloaded over a million times, having been praised by fans for its moving story and high production quality, and spawning both a manga and light novel. They have also been localized in several across the world, with this anthology bringing the games that were never released outside of Japan with updated artwork, voice work, and new chapter exclusive to the anthology known as Sumire.

It will also build upon the popular music that has captured the hearts of thousands by adding 2 video game legends; Chris Huelsbeck of Turrican fame, and Hiroki Kikuta of Secret of Mana fame. 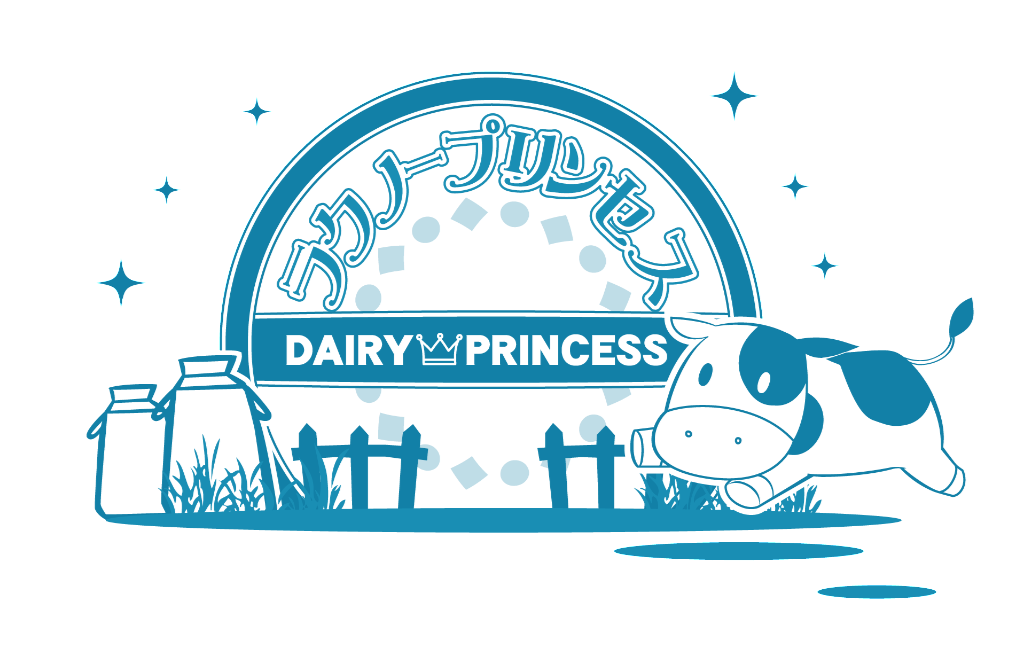 The simulation game, Dairy Princess, features a vast blue sky, endless green plains, and adorable cows as you take on the role of a young girl managing a ranch on the outskirts of town. You will need to expand this ranch by selling your produce back to the townspeople, as well as help them out by clearing the various tasks they give you.

You will be able to create amazing new species as you breed animals in unique combinations, and, with over three hundred unique items to collect, you will have plenty to do at the ranch.

In addition, you will be able to raise the adventurers who work for you at the ranch. You will meet a variety of quirky individuals, learn their stories, and level them up along with their weapons as you set them on new adventures together.

Do you have what it takes to turn your ranch into the best in town. 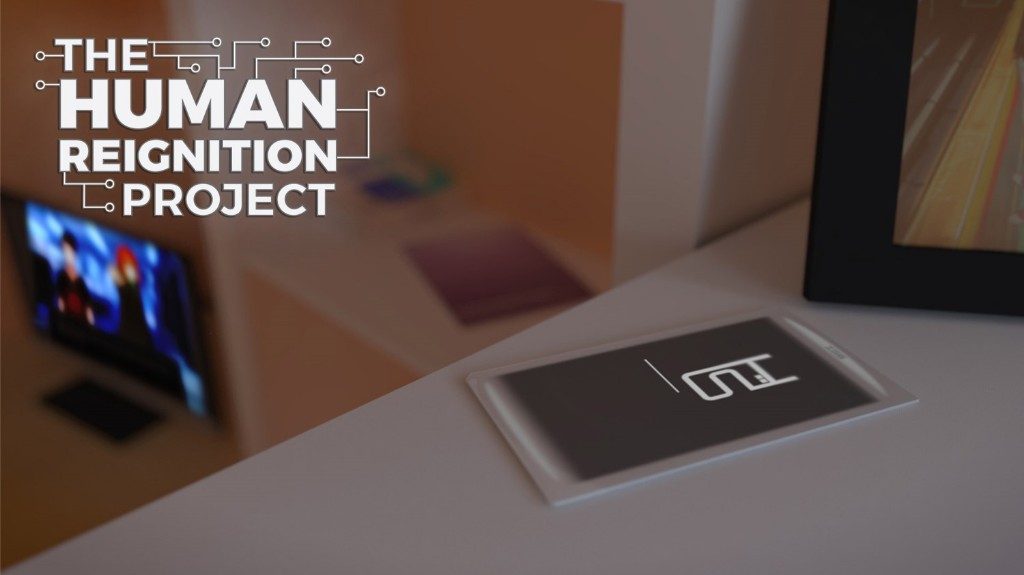 The Human Reignition Project had received a new trailer at Otakon, which you can view above. It is slated for a release in 2017. 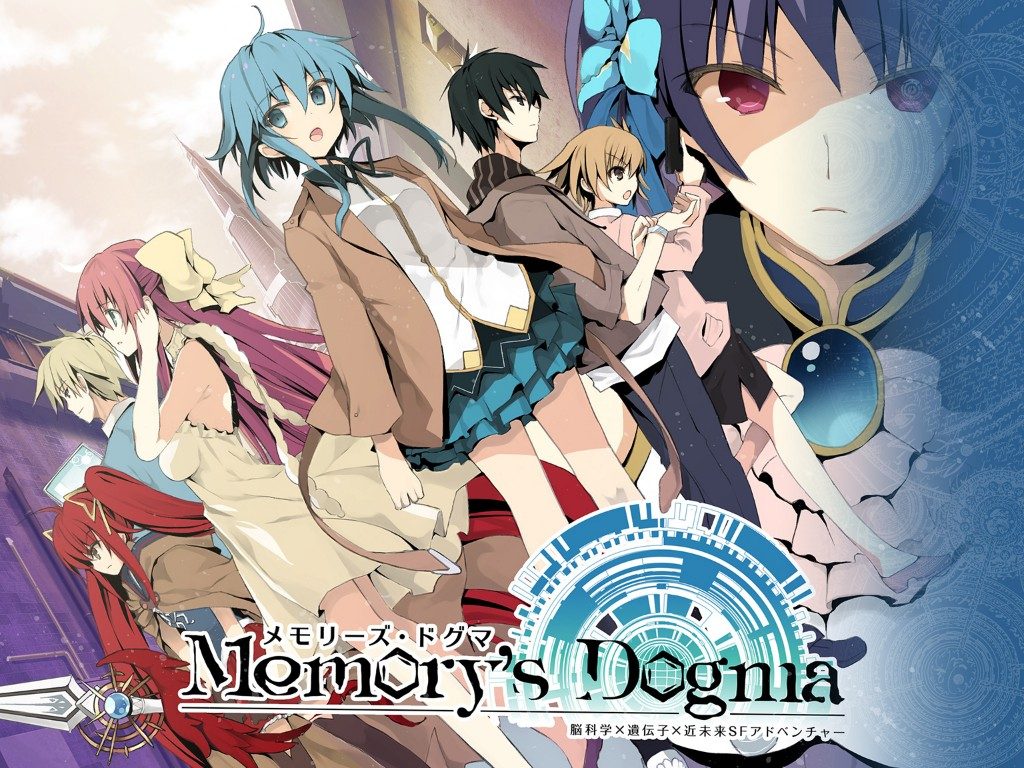 LizArts has recently shared a new trailer for Memory’s Dogma, which showcases an all-star Japanese voice cast, as well as a theme sung by Mitsuki Nakae, who is known for performing the opening to Maitetsu, which Sekai Project announced for an English release earlier this year. 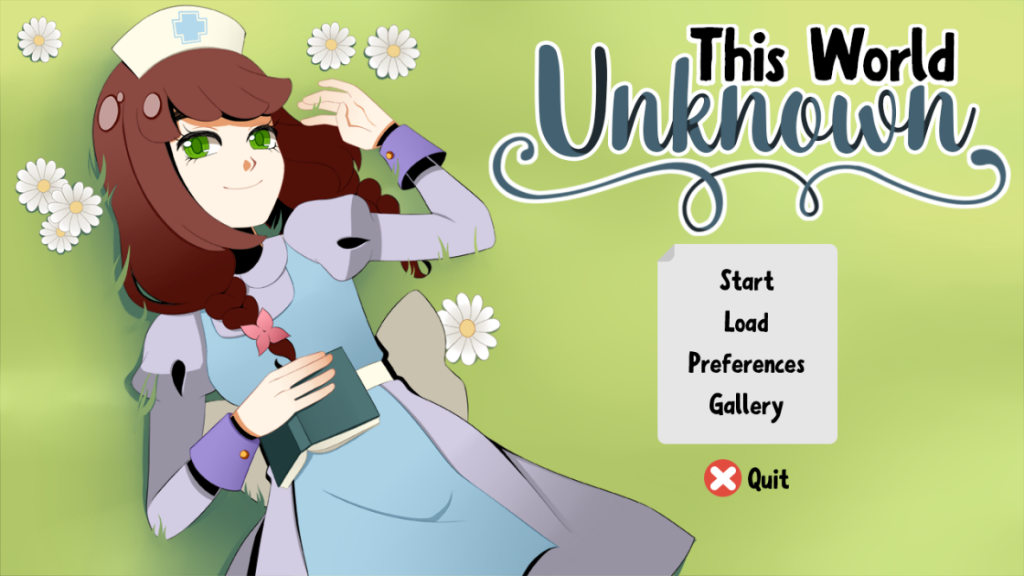 Within the country of Aslande, peace is quite a scarce thing, as a war has been raging between Aslande and neighboring country Eressia for centuries. To Rhea, however, war is but a distant concept; something she has heard about, but never witnessed.

Having been born in a small, secluded village, she occupies her life with the more mundane concerns, including her job at the local hospital, her playful bickering with friend Asa, and her prayers for a successful harvest once autumn arrives.

Once her childhood friend, Luca, returns home after fighting in one of the many wars, however, Rhea is faced with a problem as she wonders why he is suddenly so cold and distant. What, exactly, did he witness on the battlefield, and how did it change him so much?

During this same time, new worries plague her as one of the patients at the hospital begins suffering from a perplexing illness, and failing to cure him would have some extremely unpleasant outcomes. 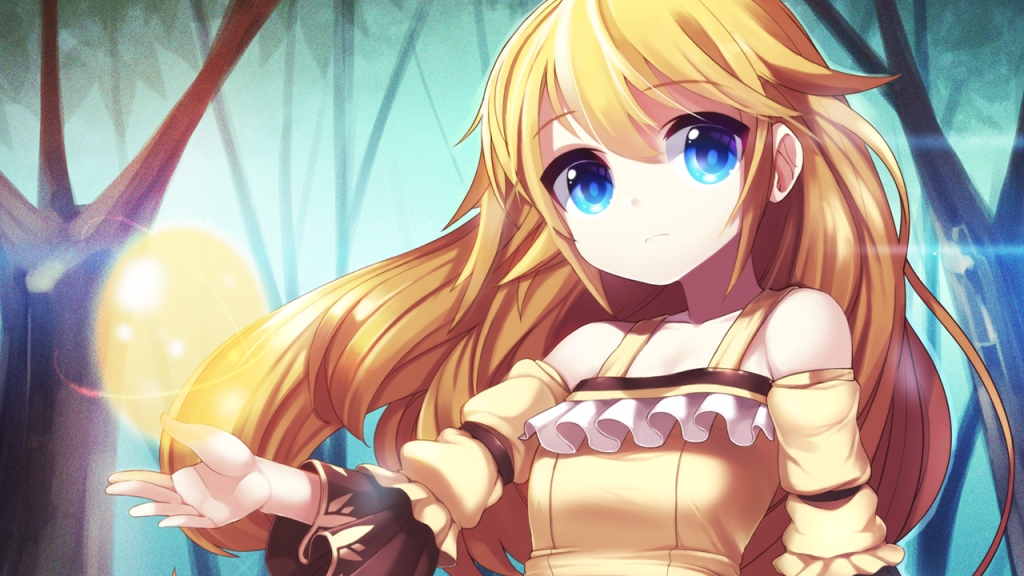 The popular visual novel from April Arts, boasting more than 50,000 downloads on the Korea app store, Connie Amaranth, is heading to Steam.

This title follows Connie Amaranth, a woman who has lost everybody that she loves (her friends, her family, and her fiancé) and left all alone. She will face an internal struggle that leads her to see the world through her younger self, and she will need to deal with the enchantment and consequences of those who her heart touches.

This visual novel, told from a first-person perspective, features captivating music, high quality character CGs, and professionally acted character voices to bring the emotions of pain, happiness, shock and relief to life. You will join Connie, Chloe, Leaf, and the rest on the whirlwind of emotions, tears, and revelations as you experience what caused the game to become such a smash hit in Korea and Japan. 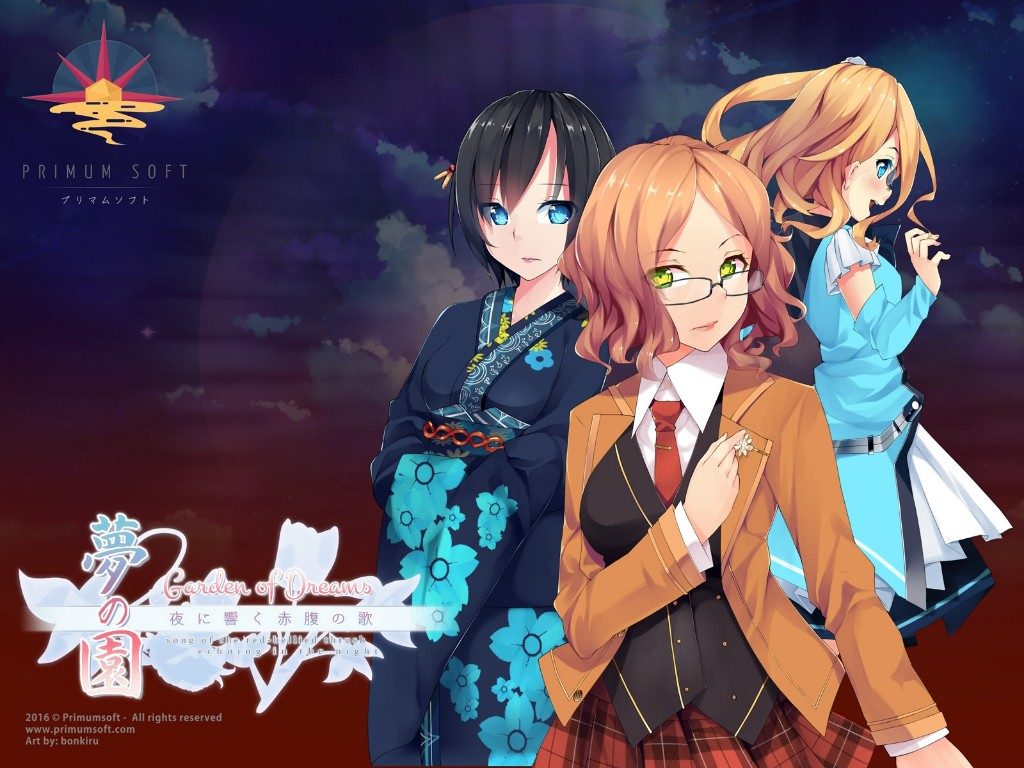 Finally, a new trailer (which you can check out above) was shown for Yume no Sono, featuring more details on the various characters in this title by Primum Soft. Having been previously announced at Anime Weekend Atlanta 2015, the game blends Japanese designs and South American folklore to create a beautiful experience. It is set to release in 2017.

Are you excited for any of these upcoming titles?