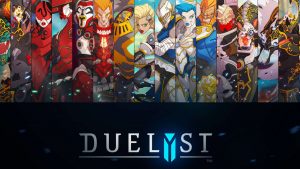 To call Duelyst just a Hearthstone spin-off would be a disservice to the game by Counterplay Games.

The team put a lot of work into balancing cards for different groups and to try and get players deeply invested in each duel.

Oh, and each game plays like a strategy RPG with cards.

Matches take place on a five-by-nine board.  Originally, it will just be your general and your opponent’s general, both with 2 attack, 25 health and a special ability. From there, you’ll start gaining summoning crystals each turn and summoning minions and using spells from your deck.

While part of the base game sounds like Hearthstone, it’s the board that really sets the title apart. When you summon a minion, you choose where around your general to summon them. From there, you can move them around the board, attack other minions or the opposing general.

However, sometimes it’s not always best to attack. Using a low level minion as bait or a trap can keep the opposing general stuck in an area while you prepare a bigger attack next round. Or using a minion with Provoke to force other enemies to attack it while healing it each round can make a damage sponge while you route other minions to the general. 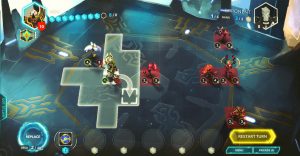 An interesting mechanic Duelyst features is the Replace mechanic, where you can throw a card away to draw a new one. This means a draw of a high-cost card early on won’t ruin a game immediately, or you can Replace to try and get something to counter an onslaught of enemies coming after you.

Right now, there are six factions to choose from with both faction specific cards and neutral cards. Factions range from the Songhai, which tries to use combos to overwhelm, to Lyonar, the base faction, Vanar and more.

Each class is balanced enough so that you should have a counter to different strategies if you have a decent draw. This makes Duelyst much more tactic based than luck. Unlike Hearthstone, where one card could change the game or spell instant win, a card here is only as good as what you can do with it in the field. It’ll take multiple cards and turns to really change a duels outcome or solidify a win, which is thrilling during the heat of the moment, but doesn’t have the same impact as someone bragging a final draw won them the entire match in another game.

Considering Duelyst is a free to play game, it should be no surprise that you can by Spirit Orbs (the game’s version of booster packs) for new cards. However, there really won’t be much reason unless you REALLY want some new cards quick. Gold drops with every two wins, you get extra gold during your first win of the day and you can get gold from two daily quests you get. 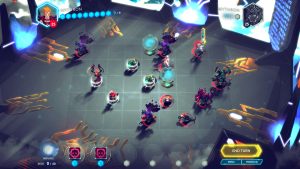 As compared to other only CCGs, rarer cards seemed to drop a lot more often here. Legendary cards were about 1 in 5 packs for me, with Epic cards about 1 in 3 packs. You’re always guaranteed at least one rare.

It’s worth noting that the deck limit of any card is three, including legendaries, so top level decks will need quite a few legendary and epic cards to round out the 40 card deck. I do wish a deck builder had been included with the game to help give suggestions on cards to use early on, as I built my deck through a lot of trial and error to get it tuned the way I wanted to.

Since launch, Counterplay Games have been adding a few new cards each month, and two larger expansions are already planned. While I’m sure those will change the game some, a lot of strategies may stick around due to the tactics surrounding them on the board.

I also have to mention the art style here. The minions are the pixilated style many indies use now, but the movement that they’ve been given are really well defined on the board and a pleasant surprise. It’s probably one of the better uses of pixel art I’ve seen in recent memory.

Duelyst is simple enough to pick up and play for a few matches, but a lot of tactics and planning will go into getting into the top tier of players here. However, there’s enough different cards and groups to try out, plus an ease of getting gold for new cards, which will let even casual players have a good time. If you like Hearthstone, definitely check this out for a good diversion that may even hook you more.