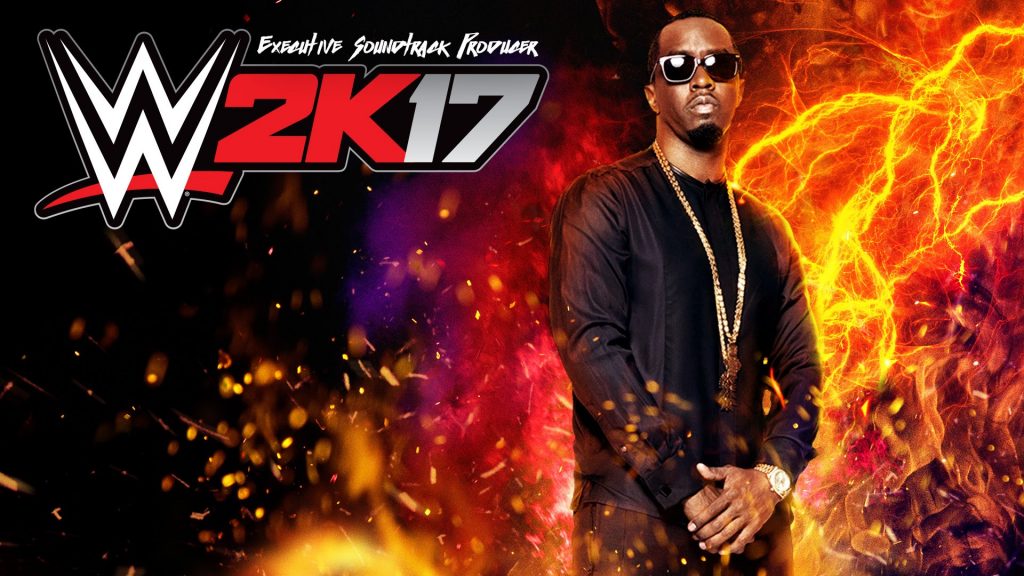 The full soundtrack is presented by Revolt Media & TV, a music cable network created by Combs. Here are several of the artists and songs that will be featured in the in-game soundtrack:

Sean “Diddy” Combs stated, “I am a huge WWE fan. I love the intensity and the competition and I wanted fans to feel that energy in the soundtrack for WWE 2K17. While prepping for the upcoming Bad Boy 20-Year Family Reunion Tour, I’ve been thinking a lot about the past and the artists that inspired me. I mixed some of my favorites with some of the best new acts in the game today to create something really special.”

“WWE has a storied tradition of attracting the world’s most popular artists to the brand, and our long-standing relationship with Puff Daddy is no exception,” said Neil Lawi, Senior Vice President and General Manager, WWE Music Group. “Puff Daddy has been a close friend for many years, and it’s a true honor to watch his soundtrack selection take the WWE 2K franchise into new territory.”

“After receiving overwhelmingly positive responses about past WWE 2K soundtracks, including the collaboration between WWE Superstar John Cena and Wiz Khalifa for WWE 2K15, we’re thrilled to partner with Puff Daddy, one of the biggest names in music and entertainment, and take things to the next level,” added Chris Snyder, Vice President of Marketing at 2K. “Music is an essential part of WWE culture, and working with a legendary artist and producer to create the WWE 2K17 in-game soundtrack completes the premier entertainment experience we are committed to bringing fans year in and year out.”