Idea Factory was excited to share some new screens for the upcoming dungeon-crawling role-playing game, MeiQ: Labyrinth of Death, which will arrive on the PlayStation Vita (with PlayStation TV compatibility) in North America on September 13, 2016, and in Europe on September 16, 2016 in physical and digital formats. They have also shared some new battle screens: 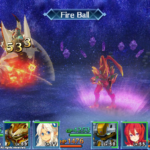 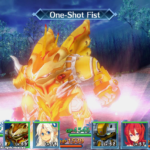 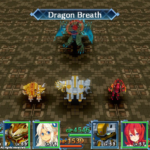 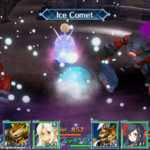 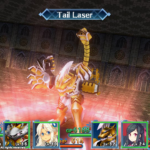 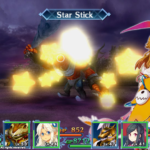 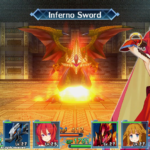 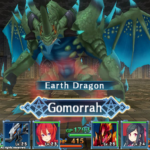 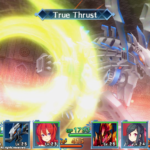 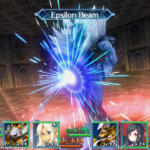 In this game, you will need to swap between the Machina Mages and the Guardians to harness the full potential of your team. The Guardians are more powerful than the mages, but only the mages can repair the Guardians. In addition, monsters will have different weaknesses, meaning that it can be better at times to rely on magic rather than the heavy-hitting weaponry of the Guardians as you travel through the four tower mazes and attempt to set the celestial bodies back in rotation.

For those who haven’t been following the title, here’s a quick “About” and the game’s key features, as presented on the official press release:

First, the winds stopped. Then, birds vanished from the skies. Finally, the sun set…
And an eternal night fell upon the world. The reason was quickly identified. It was a story told of in legends. The world had ceased hundreds of years ago as well. But there was a legendary mage who had managed to restart it.

•Labyrinths of Possibility! Navigate challenging maps and puzzles in this first-person dungeon-crawler!
•You’re a Woman, I’m a Machine! Pair your 3-person party with three different Guardians for a turn-based, dungeon-crawling battle system!
•Advanced Robotics! Unique Guardian robots can be customized even further with different parts and crystals to enhance their abilities!
•Elemental Enemies! Strategize attacks between your humans and Guardians and find the crack in your foe’s armor by exploiting their elemental weakness!

Will you have what it takes to set the rotations back in order?