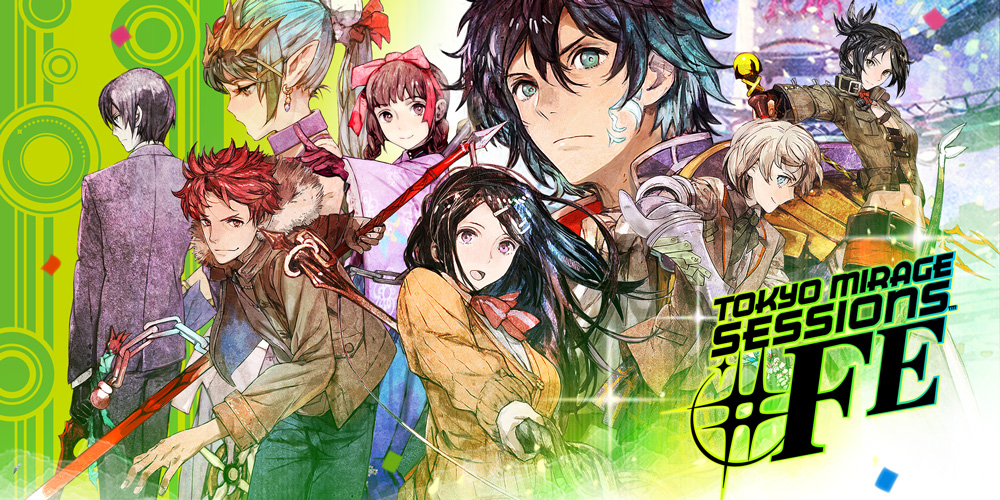 When I first heard of the collaboration of Persona and Fire Emblem, I pictured something with Fire Emblem gameplay with characters from both universes meeting. 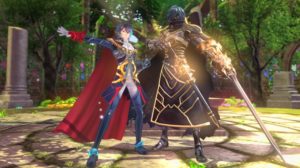 What we got is something more akin to a Persona title, which actually ended up being better. While Persona 5 may still be half a year away, Tokyo Mirage Sessions #FE is a great game to remind you why you like the series and get you more excited for the next numbered entry.

The Atlus title spends most of its time in modern-day Japan, focusing on J-pop and Japanese idols. It’s an interesting group to follow, but actually makes for an enjoyable storyline.

The heroes are trying to stop the evil from the alternate universe from taking “performa” from humans, thus making them lifeless. To do this, they become idols, which increases their own performa and lets them fight back in the alternate world.

The pop theme is prevalent throughout, with battles being done on a stage and in full costume (which can be changed in the options menu as you unlock them), many cutscenes featuring custom songs and all main characters are idols and given full features (most other humans in the world are colored human shapes, all looking the same). Of course, since this is centered on J-pop, it also means that the songs throughout the game have had a lot of detail put into them and are actually really great to listen to. 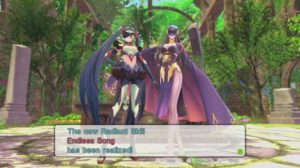 As for gameplay, it’s very similar to Persona. Players will crawl through dungeons that represent different psyches and run across various enemies, most of which can be stunned by hitting them with your sword (blue enemies are stronger enemies and can’t be stunned). Combat is turn based with regular attacks, skills and mega abilities that charge up by doing Sessions on enemies.

Sessions help build big damage on enemies, but also takes away some control at the same time. By hitting an enemy with a skill that they’re weak against, all other fighters that have a similar skill will pile on attacks for additional damage without spending points to use them. Additionally, the mega abilities will have all fighters using a session no matter the weakness of the enemy.

The dungeons are almost always mazes that have some kind of environmental puzzle to solve, such as avoiding cameras that can stop your progress or navigating dresses that can let you change levels. Thankfully, dungeons have a lot of warp areas to be able to leave, buy a drink to recharge health, upgrade your gear and hop back in.

Outside of dungeons, you can wander parts of Tokyo during the intermission, buy drinks that can increase your luck and heal you, talk to your friends and level up your performas. Your performas (the tie to Fire Emblem with characters like Chrom) become your weapons in the dungeons. Instead of finding new weapons, you create new weapons using dropped performas from enemies. 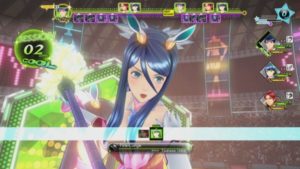 The new weapons have better stats, sometimes different strengths and weaknesses and new abilities to learn. Often, it’s best to max out a weapon before equipping a new one to learn those abilities as well.

There’s also performa growth using unique items you earn as you level up your stage presence. These growths give you abilities that can be used in dungeons, such as Sessions attacking different enemies after defeating the original enemy, using a few ability points to warp out of a dungeon and back to the base and more. It’s always best to get these abilities first for a dungeon advantage.

Additionally, while the game doesn’t allow you to play the game via the Gamepad, it does use the Gamepad in interesting ways. It works as your phone, letting you talk to characters throughout to build up relationships, and also as the map while in Tokyo and in dungeons.

Tokyo Mirage Sessions #FE may be missing some of the key interaction features that Persona 4 had, but it’s still a great RPG by Atlus. The theme is creative for a universe and is interesting to explore the different dungeons, plus the exploring and battling is refined and enjoyable. If you have a Wii U, this needs to join your RPG collection alongside Xenoblade Chronicles X.