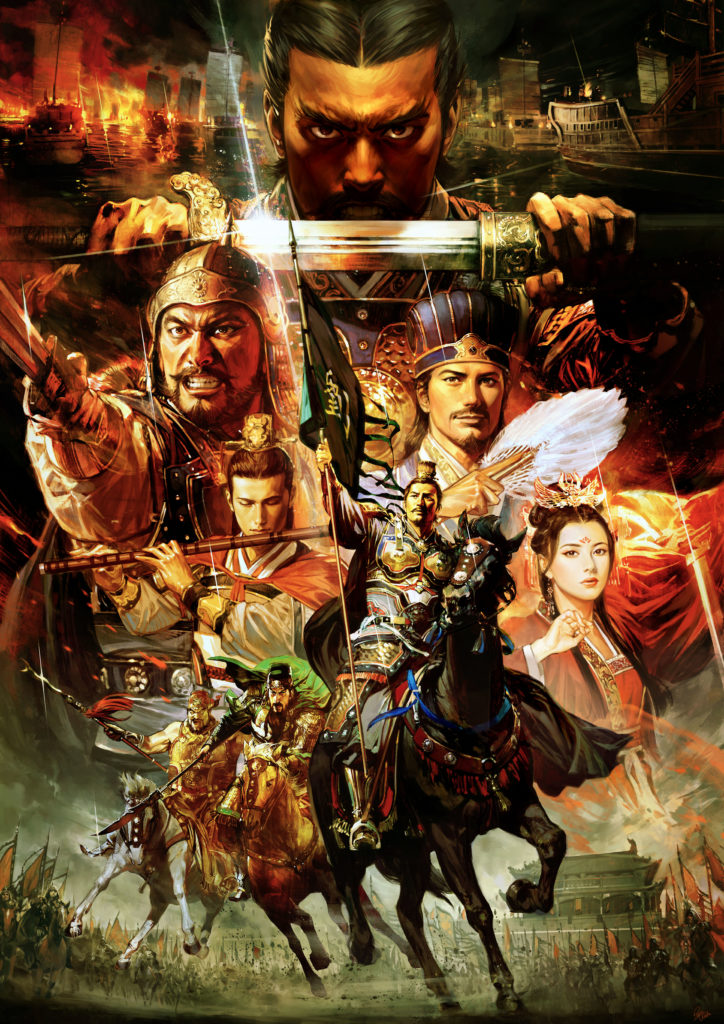 KOEI Tecmo gave us the chance to check out the newest entry in the popular franchise that dates back to 1985; Romance of the Three Kingdoms XIII. Previous titles earned a great number of fans, but will XIII manage to keep this fan base?

The story mode, presented in the game’s Hero Mode, is based on one of the greatest works of historical fiction ever written, also titled Romance of the Three Kingdoms. This is based on an era of history that has captivated people for hundreds of years, even though the specifics of the era in question have been largely lost.

The era was a chaotic time in which a hugely corrupt government, known as the Han, had the legitimacy of its rule eroded to the point that a populist leader was able to successfully mobilize a small army and openly rebel. Known as the Yellow Turban rebellion, it was led by one Zhang Jue. It seemed to signify some extremely bad news for the country, and so several people stepped up to stop it.

These were Cao Cao, Liu Bei, and Sun Jian. The third would die, and his first son would be assassinated, bringing the second son, Sun Quan, into the mix. Upon defeating Zhang Jue, another man known as Dong Zhuo took power, however the three were able to carve out empires of their own. There’s more to the story, of course, and we’re simplifying it a great deal as well. 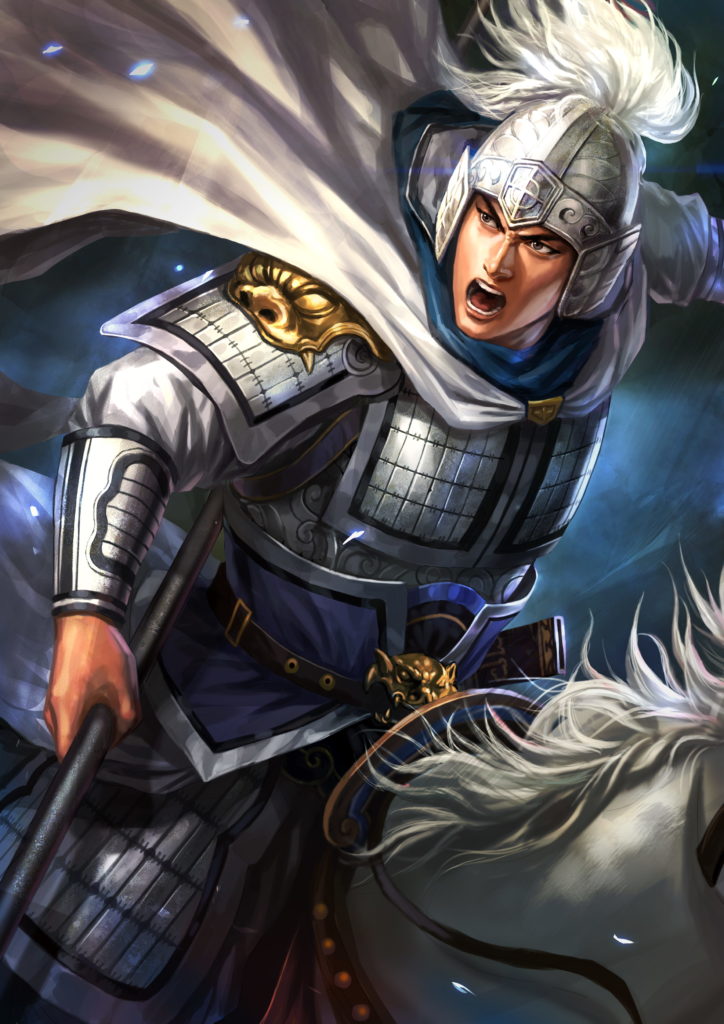 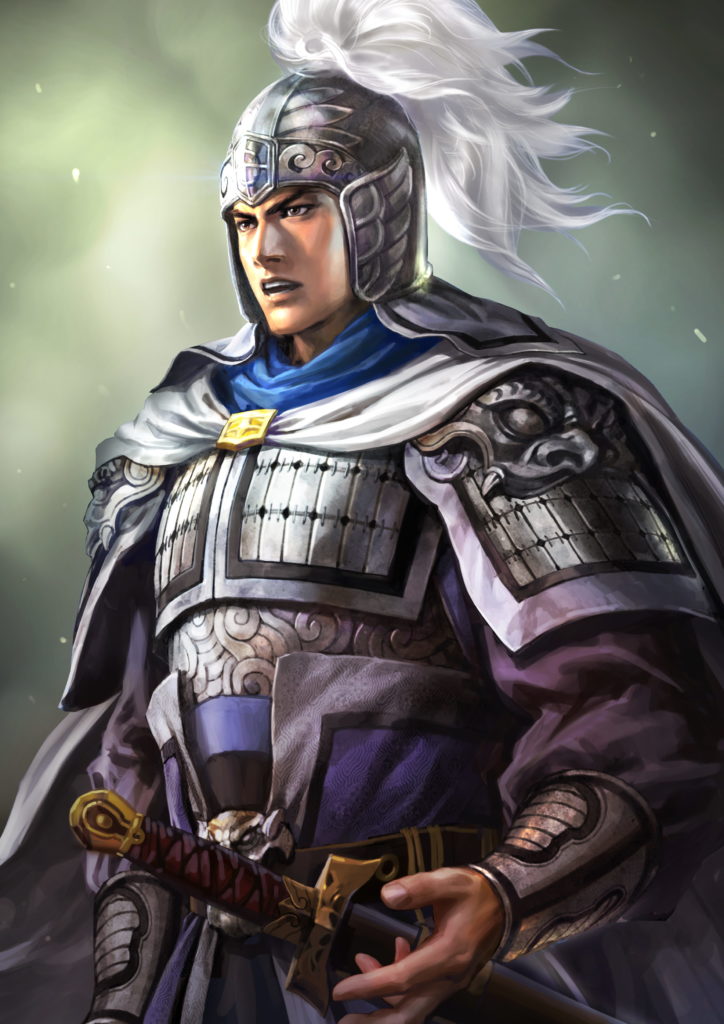 The Hero Mode does a great job bringing context to the events and history of Romance of the Three Kingdoms, which, for those less familiar with the story, is a great thing indeed. The story sucked me in for the entirety of the mode, which also doubles as a comprehensive tutorial.

Honestly, in terms of gameplay, Romance of the Three Kingdoms XIII is vast in all respects, and, if I were to go into detail on everything, I would likely have a review double or even triple the size of my normal ones. As a result, I shall do my best to summarize things.

As noted, the Hero Mode acts as a comprehensive tutorial, as well as the story mode of the game, taking players through the entire timeline of Romance of the Three Kingdoms while introducing commands one at a time as you play. It honestly does a really good job, turning Hero Mode into a tutorial that even people with limited strategy game experience should be able to follow, but still grant experienced strategy fans enjoyment as well.

The game is a war simulation game that provides full simulation of all aspects of conquest. It does not only simulate the battles fought in war, but every step of the process, tasking you with doing many different things within the game. All of these can take hours, even with the well done tutorial, to fully understand, so those eager to just jump right in and begin battling to unify China may want to pass for a bit, as the sheer number of options can be extremely daunting. 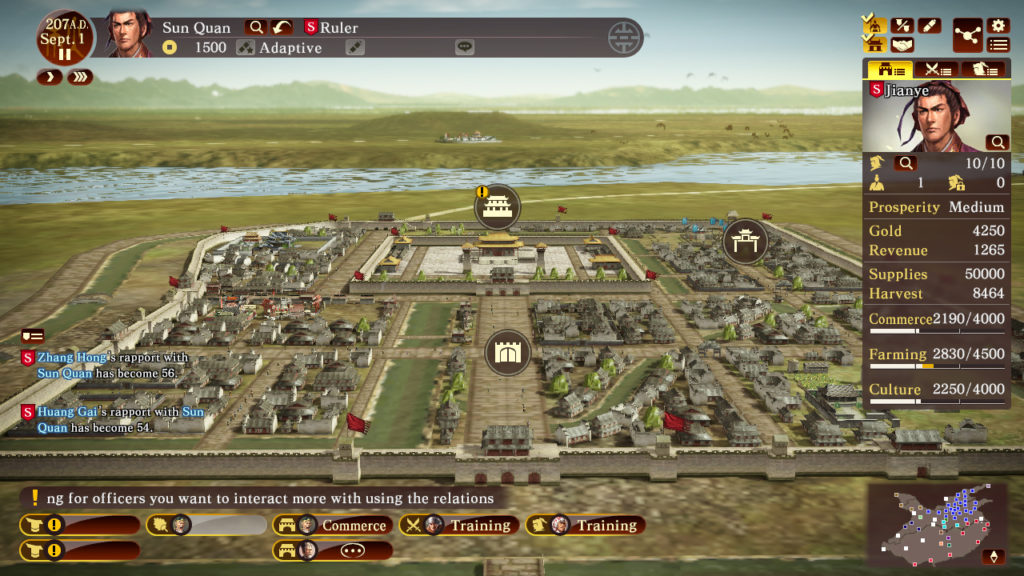 Your quest to unify China can be completed by utilizing a combination of diplomacy, seduction, war, bribery, and intimidation as you build and invade cities, as well as form bonds with other clans and cities. You form these bonds by forming other bonds with specific people of various ranks, and you can also train armies, setup farming plans, and build morale by developing both culture and influence. Everything in the game has been painstakingly crafted so that players will have the most expansive experience yet. Meeting new characters typically requires letters of introduction from those you are acquainted with, and Romance of the Three Kingdoms XIII features more than 700 officers to meet, as well as the ability to create custom officers in the location you wish. 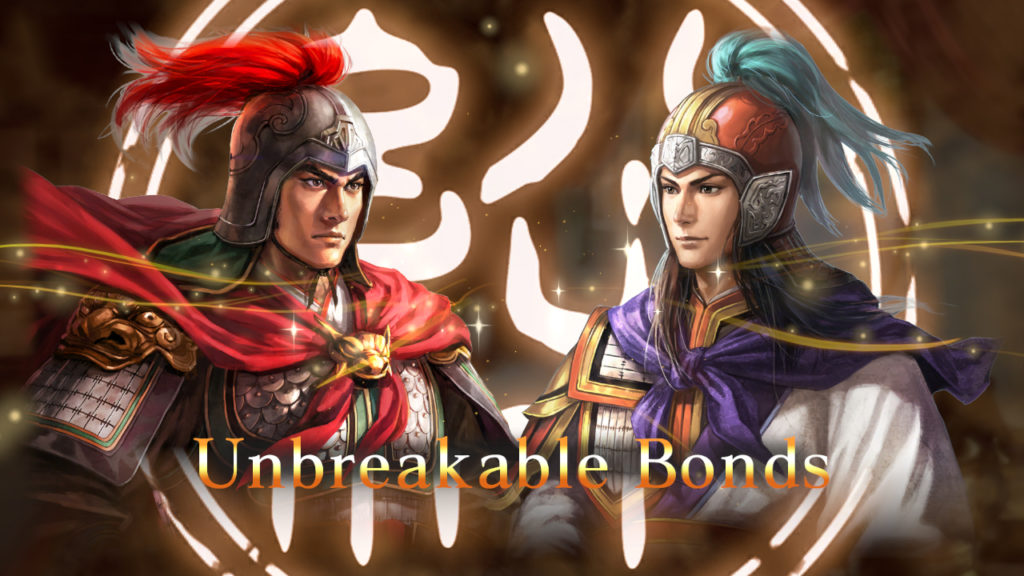 As you begin, you will need to pick an officer to play as and form a council around him or her. You will need to delegate positions and duties of your cabinet, build relationships with other officers, and then choose which officers to promote, hire, and release from your service.

Time is a major factor in the Main mode, with multiple scenarios featuring different starting conditions, formed alliances, and times, though the final goal of unifying China remains the same. To achieve this goal, you have until 350 AD, and, if you fail, it’s game over for you.

Time does pass slowly, although if you stop paying attention it is quite easy to let it get away from you. Time is counted in days, seasons, and years, and travel between cities, depending on the distance, takes different number of days. As you travel, the map mode will show your horse ride to the next location, counting off the days as it progresses.

At the end of each season, the weather conditions change and officers will be awarded based on their accomplishments. Players can pause time whenever they wish, allowing them the chance to stop and think about decisions, though time will need to advance before you can put any of these decisions into play. Some players may become irritated as waiting is, very much, part of the game as well. 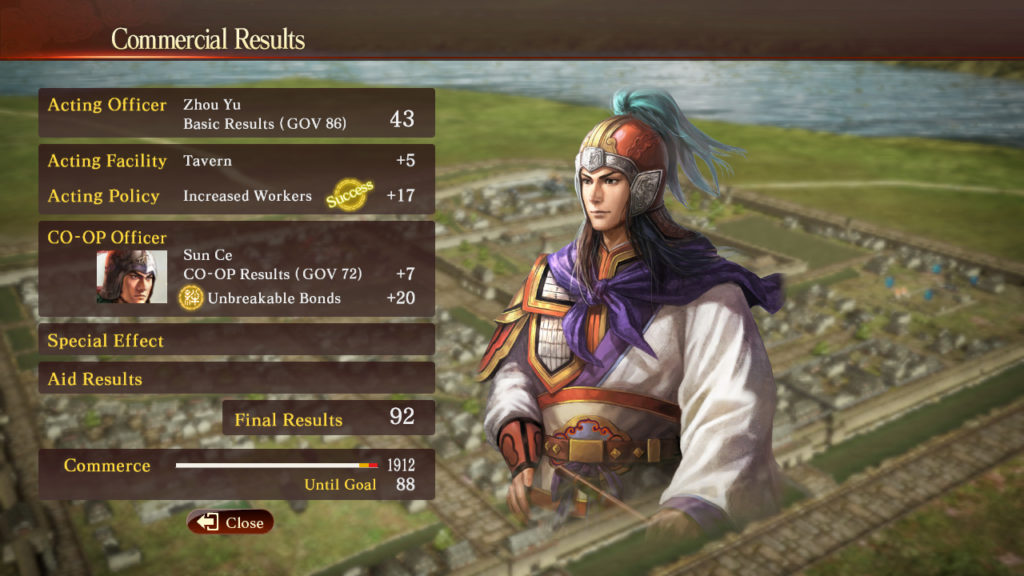 Your officers, as time advances, run the risk of dying in battles or even of old age. With this in mind, you will need to be sure to select an heir for your main officer before he or she dies, or else you will receive a game over once he or she does, as you will have nobody to continue the quest with.

The gameplay is extremely open-ended, allowing you to play however you wish, even beginning a game in whatever position that you desire. The sheer amount of freedom offered up in the game can also be a bit of a hindrance as you won’t know what to do, although the game does its best to alleviate this as well. The council that you appoint makes suggestions as to your immediate goals, while competing forces will challenge you to debates, duels, and full scale battles. When everything is said and done, Romance of the Three Kingdoms XIII certainly succeeds in the goal of simulating how it feels to run a clan in a disjointed China. 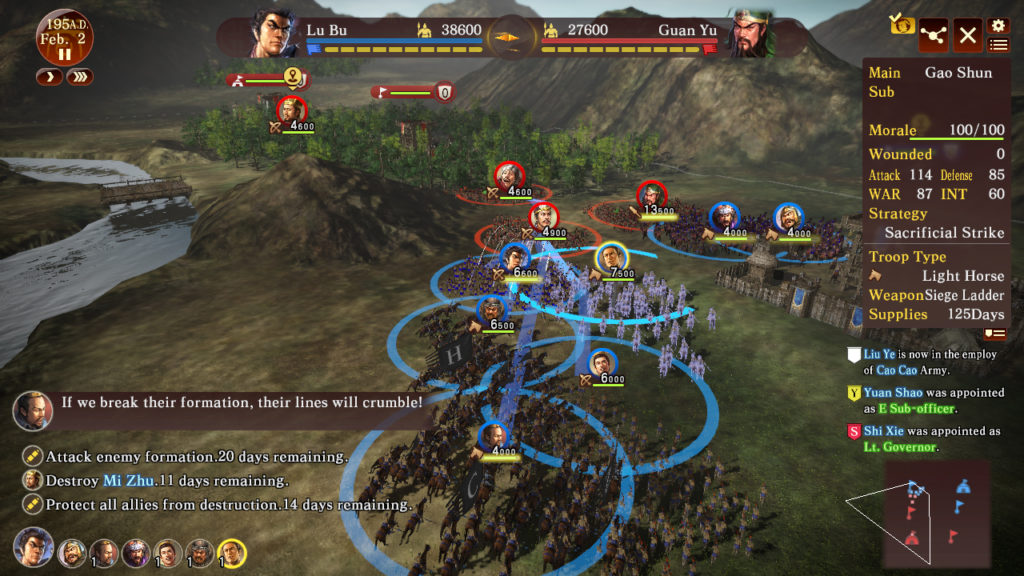 In terms of mini-games, there are a couple that are quite important to the gameplay. These include both dueling and debating, and are not an extra aspect, but are instead a key means of gaining influence within the game itself. As you challenge, or are challenged by, officers, you will begin these mini-games, which honestly feel a bit like more complicated versions of the classic rock, paper, scissors game, though there are more options and possible outcomes. 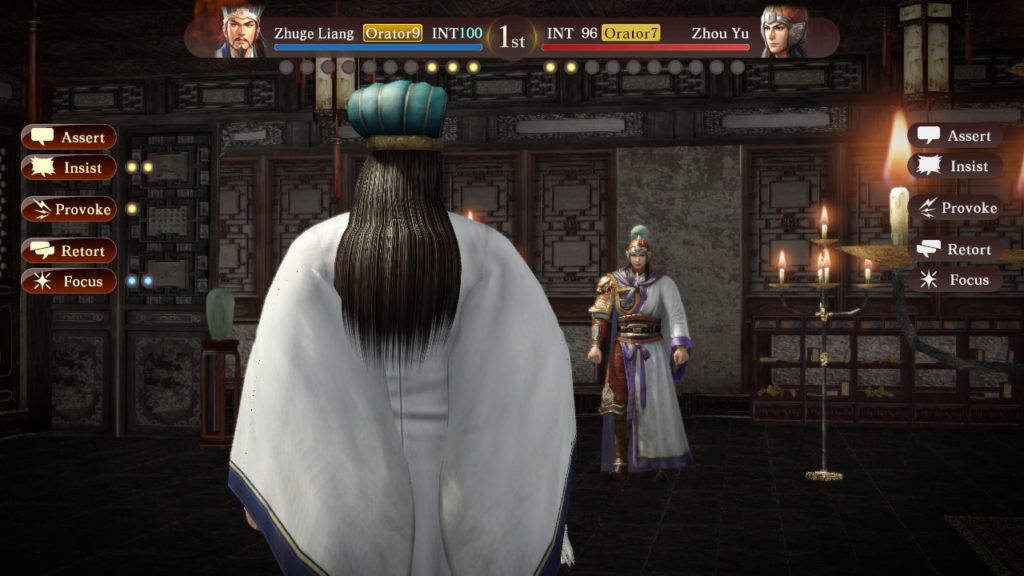 Your performance within these mini-games is affected by the stats of your chosen officer, and the game will tell you what moves you can beat, tie, or lose to before choosing. You will need to accurately predict what the computer will decide, and each move you utilize can be more or less effective than the others, and require varying amounts of energy, which you will need to rebuild. The one-on-one battles feature life bars, and you will need to deplete your opponent’s before he or she depletes yours to gain victory. These mini-games cannot be replayed, and thus, win or lose, the outcomes will have an effect on both your immediate and, quite possibly, distant future.

With that in mind, you can save or load when you wish.

The gameplay features quite a lot of variety that is sure to keep players from becoming bored, although the waiting game can, at times, feel like it is doing its best to make you feel that way.

Both art and sound within the game are honestly fantastic, and quite varied. Many of the pieces of art look nothing alike in terms of techniques; For example, the opening cinematic, though a beautiful sequence accurately expressing the care and history poured into this title, no way expresses the gameplay of the game, except, perhaps, for the duels.

As you play, you will see a combination of comic style sequences, still image scenes, a detailed map view, a mildly detailed city view, a battle mode, a duel mode, and a debate mode, which all look quite different. The sheer variety found within honestly makes it a bit hard to judge accurately on the visual level, although it is quite impressive.

In terms of music, you have quite an expansive list to choose from (and there are some songs available as free downloadable content), and you can actually customize the background music playlist at any time from either start or main menu. The songs are composed with traditional Chinese instruments, such as the Guzhen.

The sound effects are also quite expansive, and the voice acting appears to be quite good, although those hoping for an English dub in this game will be disappointed.

Romance of the Three Kingdoms XIII is definitely an interesting strategy game that promises to suck up many, many hours of your time as you attempt to unify China. This is a goal that I, personally, have not yet achieved, but the journey has been quite interesting, and all of the additional aspects not present in other strategy games can easily hook players. The controls can feel a bit cramped, for lack of a better word, at first on the PlayStation 4, but when you get used to everything, this feeling goes away.

Those who dislike waiting in a game or those who want a simple strategy game may want to give this a pass, but if you are curious, the Hero Mode tutorial should be able to prepare you for your ultimate goal quite adequately.