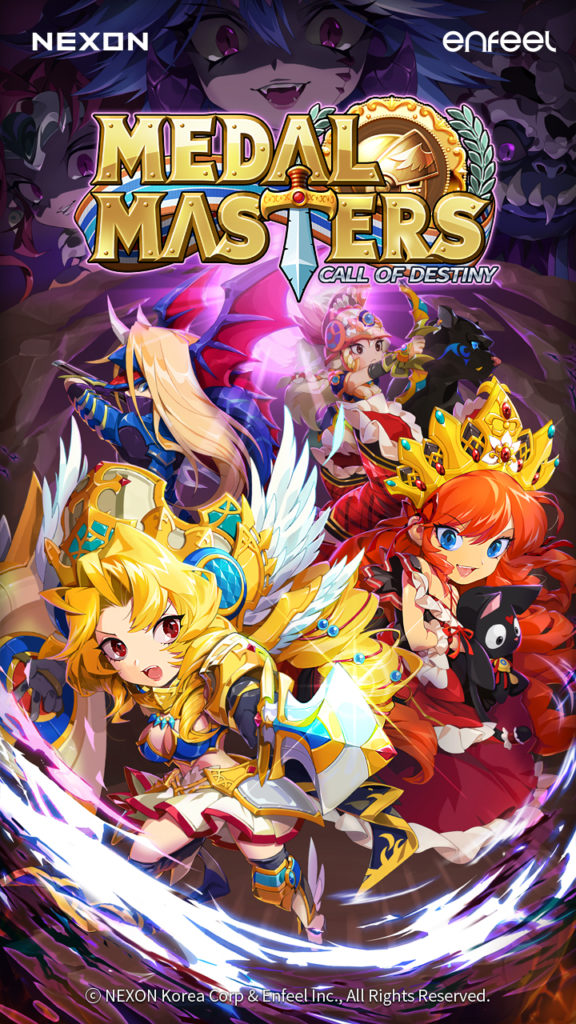 The popular mobile RPG, Medal Masters, has received a large content update, NEXON Korea and Enfeel revealed. This update, known as “Call of Destiny“, gives players new experiences, challenging battles, and bigger hero enemies. It also features expanded Guild Battles, allowing players all over the world to battle against each other.

They are also inviting players to offer feedback to existing heroes in the new “Hero Evaluation Board”. Here’s a list of key features presented in the new update:

The ‘Call of Destiny’ update includes: