After a series of closed beta tests, Riders of Icarus has officially entered open beta, Nexon America and WeMade Entertainment were excited to announce. Now players in North America, Europe, Oceania, and other supported regions can begin the journey to rule skies and ground both in battle.

Those joining the fight will be able to catch and tame hundreds of mythical beasts, training them as both rideable mounts and deadly weapons as they journey through an epic fantasy world. They can master skills by engaging in theatrical boss battles with trusted mounts. 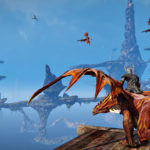 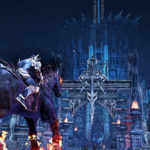 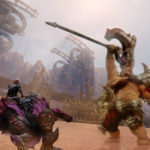 Hoon Seok, producer on the game, stated, “The Riders of Icarus’ Open Beta is only the beginning of a long and fruitful adventure in bringing the game to a new western audience. Feedback from our earlier Closed Beta tests has been instrumental in ensuring an immersive experience for all players. We’re looking forward to working closely with the community throughout our Open Beta as well, to expand the world of Riders of Icarus with their valuable input.”

Nexon and WeMade have implemented feedback gathered from the Closed Beta period to enhance the experience, with some such including the following:

Players will be able to look forward to an increased level cap, new regions, new dungeons, and new mounts int he coming months. In addition, the battlefield system will be set to incorporate both Player-versus-Player  and Player-versus-Environment elements.

There are also several Open Beta events that will occur during the month:

What are your thoughts on the new Open Beta?