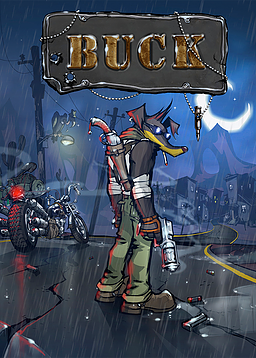 Wave Interactive was excited to achieve 50% funding on Kickstarter, and has revealed that the YouTube sensation, Caddicarus, will be voicing an integral character in the story-driven 2D adventure, Buck.

Gal Kfir, project lead at Wave Interactive, stated, “Buck’s pre-alpha has been downloaded over a thousand times during our campaign’s first two weeks and we’ve received some fantastic feedback from players. We’ve now added controller support, tweaked difficulty and we’re now working on introducing the melee system, so that players can really get a feel for Buck’s fluid and dynamic combat! We’re happy to reveal that we’re working with the incredible Caddicarus, who will be voicing a character called Nibbler. This is an important character in the game, as he’s world’s merchant. Caddicarus is so well known and loved, we jumped at the opportunity to work with him, and we can’t wait for you to meet his character.”

For those unaware, Buck is a 2D Metroidvania adventure set in a haunted and somber post-apocalyptic wasteland. Players will control Buck, a motorcycle garage mechanic who decides to leave everything he knows behind in order to find the truth behind a girl’s disappearance while struggling to adjust himself to a world he doesn’t fully understand.