Capcom has released a major new update for Street Fighter V, including the highly-anticipated cinematic story mode, “A Shadow Falls,” and two characters joining the roster, namely Ibuki and Balrog.

The new mode will be free to all players, and the post-launch characters can be purchased with in-game Fight Money or real currency.

“A Shadow Falls”
The Street Fighter V cinematic story expansion is divided into five acts and takes place between Street Fight er IV and Street Fighter III, bridging the events that happen in between the two stories. “A Shadow Falls,” depicts the ultimate battle between the evil Shadaloo organization and the heroic World Warriors who rise up against them.  As the story unfolds, players will enter battles using each of the core 16 characters, in addition to the 6 (released and unreleased) 2016 DLC characters, each with their own unique contribution to the epic clash. “A Shadow Falls” is free downloadable content available to all players and it marks the first time in franchise history that consumers will be able to play through this type of cinematic experience in a Street Fighter game. The epic battle between good and evil begins soon… who will RISE UP?

Ibuki
Also being added to the SFV roster, Ibuki is a very tricky, technical character with loads of new ninjutsu tricks up her sleeve. Ibuki is a mobile character with various target combos, but now she has even more ways to mix-up the opponent with the ability to glide through the air and toss out ninja bombs, making it very difficult to predict where she will land and where her next attack will come from. 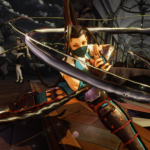 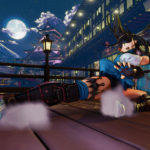 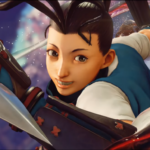 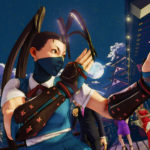 In addition to “A Shadow Falls” and the next two characters, the update will also include:

Do any of these additions pique your interest?