Full Mojo Rampage arrives on Xbox One and PlayStation 4

Nicalis was proud to announce that the voodoo-infused roguelike action role-playing game, Full Mojo Rampage, has officially arrived on both PlayStation 4 and Xbox One at a price of $12.99. In celebration, they have shared a new trailer, which you can check out below:

Here’s a quick description of the game, as well as the key features, as presented on the official press release:

Set in the mystical shoes of a knowledge-hungry apprentice, in Full Mojo Rampage players serve deities known as Loa in their pursuit of strange, dark magic. Utilizing abilities bestowed by Loa alongside an ever-changing array of enchanted items known as mojos, up to 4 players will venture together through randomly generated spooky 3D environments. Alone or co-op, players will slaughter, steal and summon their way to sorcerous splendor. Players can also engage in a variety of awesome online versus modes that support up to 8 players, including challenges such as Capture the Flag, Deathmatch and King of Mojo.

●     Voodoo with up to 4 players cooperatively on PlayStation 4 and Xbox One, featuring a multitude of improvements such as enhanced visuals, new content and gameplay adjustments based on player feedback

●     Play solo, or experience a wide variety of cooperative game modes including Campaign, Daily Quests, Survival Mode and Endless Mode, as well as up-to-8-player competitive modes such as Capture the Flag, Deathmatch and King of Mojo

●     Gain power and upgrade characters via earned experience and gold, which persist through death – dying is not an end, it is only a means of becoming a stronger voodoo soul!

Will you be joining the Full Mojo Rampage? 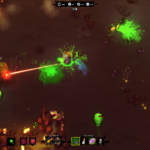 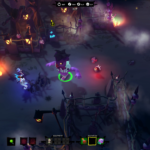 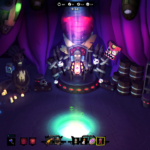 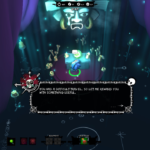 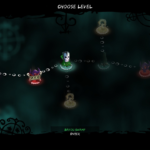 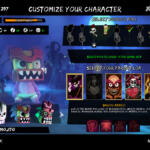 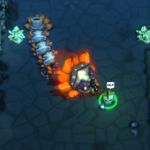 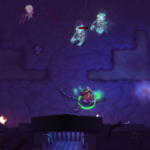 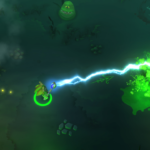 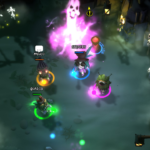