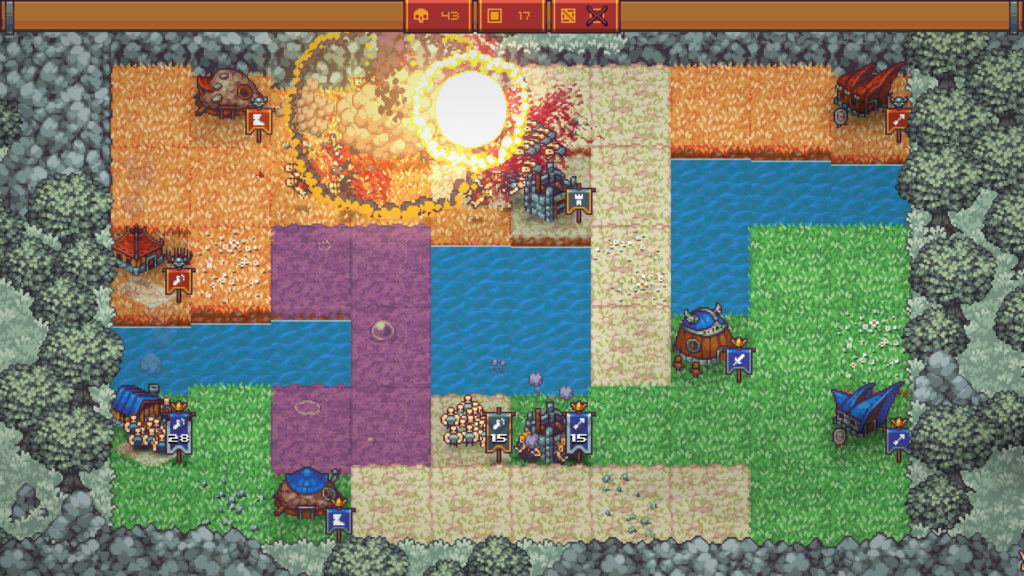 Gambitious Entertainment shared a tent with Devolver Digital this year at E3; they’re two different companies but share a indie-like style to their games. One of my favorite games I played at E3 2016 was Vile Monarch’s Crush Your Enemies, a small, streamlined real-time strategy game for PC and mobile with brash humor, burly cartoon barbarians, and an unexpectedly simple interface that makes the real-time-strategy genre more approachable than ever. Even though I became the “crushed enemy” multiple times during my hands-on, it definitely stood out as a great addition to any tactician’s library.

A Gambitious representative described Crush Your Enemies as “Conan the Barbarian meets real-time strategy” games like Starcraft 2 or Supreme Commander. In short, 15-minute missions you guide your barbarians into enemy territory, taking over training camps that turn your barbarians into various specialized units like knights and archers. The game’s biggest appeal for me is the way it streamlines the genre, however: most RTS games create complex resource management systems to increase their appeal. Crush Your Enemies, on the other hand, does away with those systems and gives you a single resource: people. Populations grow in town centers, and then you send troops out from the town center to take over objectives, battle enemies, or capture land from your opponents. After the roughly 30-minutes of tutorial, you’ll know everything you need to start taking on the world. If you’re looking for a dark, gritty world to get immersed in though, you’d better look elsewhere; Devolver-style humor abounds, and it’s great. 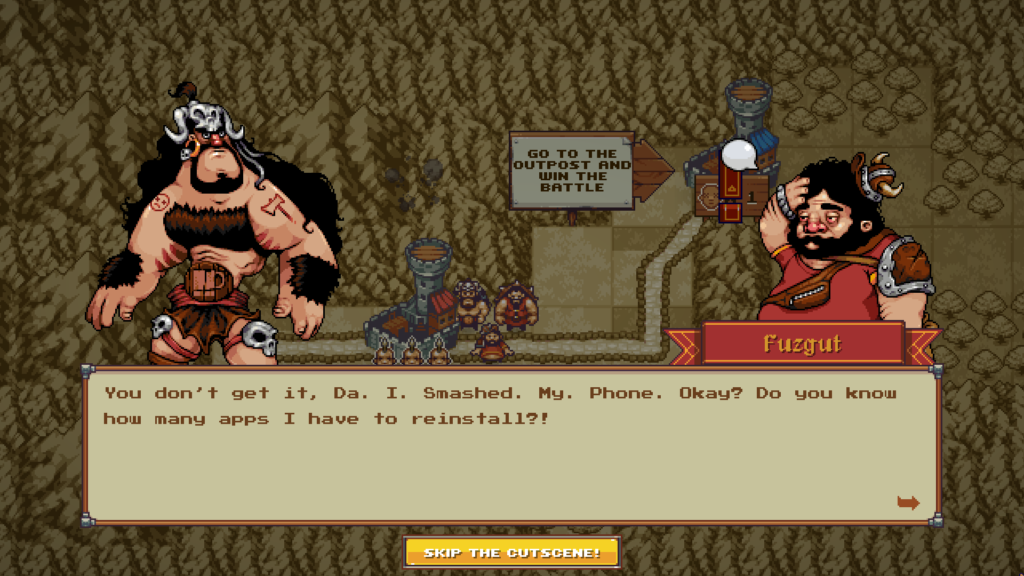 As you can expect from the title, “Crush Your Enemies” doesn’t take itself too seriously. You play a barbarian in the land of Generia, a typical fantasy world of wizards and magic and all those things… but as a barbarian, you don’t care. You just want to crush things. The game is full of self-referential jokes about the real-time strategy genre; for instance, one character suggests that he would give anyone else the two-hour tutorial on battles and strategy, but since you’re just a barbarian, you’ll get the brief version. The writing is quick and witty, just enough to give you flavor, but not so much that it gets in the way of the combat.

Each level takes place on a grid of squares (no hexes, folks!), with green squares representing the ones you can walk on, and orange squares representing your enemy’s. You start with a set number of troops in your town center, and that number will increase the longer you leave troops there. The more troops you have in the town center, the faster you get new troops (they make a copulation joke at this point in pretty good taste.) As you leave your town center and explore the map, you can only enter squares you control, so you can make paths to your enemy’s bases by sending groups of troops to their squares.

The more troops you send in a group, the faster you capture their land, but leaving your own base empty means you gain new troops. This means expert play requires a careful balance of sending out squads to attack and conquer territory while also leaving some folks back at base so you don’t run out of soldiers when the going gets tough. You also periodically gain items to use that can turn the tide of battle like bombs, blasting your enemy’s troops and giving you an advantage. It’s both simple and complicated, and I was definitely shown the ropes when I was defeated multiple times…I definitely had a blast each time, though. 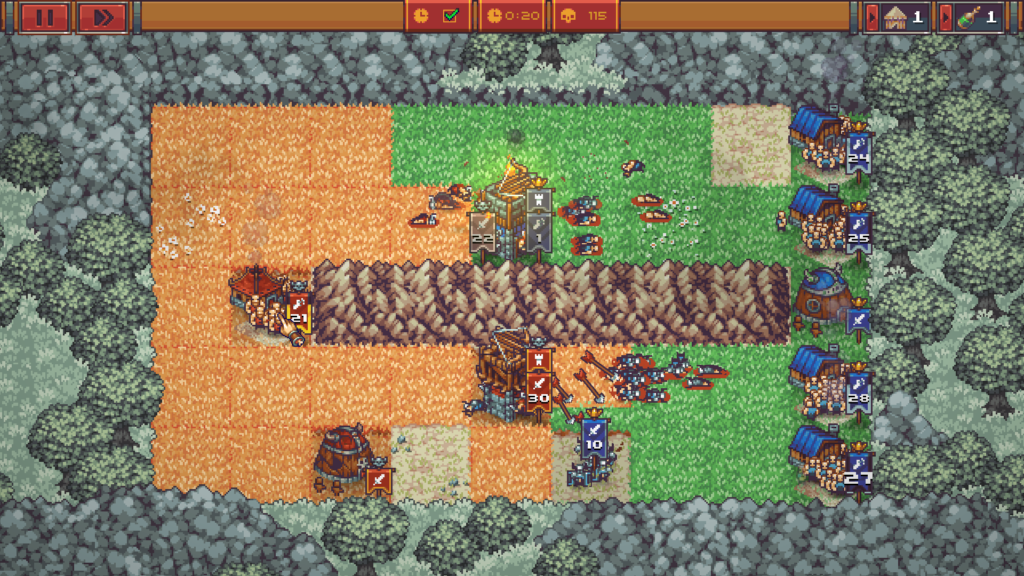 Of course, as a mobile title, it’s designed to keep you coming back to play even after you’ve beaten the level the first time around. As a premium game it doesn’t have an stamina meter you have to worry about, but completing optional objectives gives you a 1-star to 3-star rating for each level. And even aside from the single-player campaign there’s an entire world of rivals to take on with multiplayer; the game will play cross-platform, so mobile and PC players will have no shortage of enemies to crush.

There weren’t giant banners or trailers for Crush Your Enemies, but playing it still turned out to be one of the high points of my E3 2016. Keep an eye out for it when it releases on July 13th this year.