Sekai Project and calme were excited to announce that their heartwarming visual novel, KARAKARA, has arrived on Steam for Windows.

This Bishoujo visual novel by calme is set in an alternate, dystopian world where the comfortable and quaint life of Leon and Lucia, two hardworking diner owners, takes a turn as they discover an unconscious young woman passed out on the side of the highway. Now the three will need to take a courageous step forward if they hope to forge a new life in a world that has been reborn. 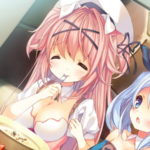 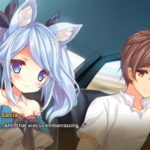 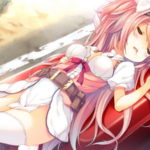 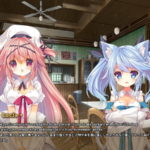 Here’s a quick “About”, as well as the game’s key features, as presented on the official press release:

About KARAKARA
Let us live on this land so arid.

The “Age of Dusk.” It is a time of senescence for the human species, during which hybrids known as the “Others”—those who are human, yet not—exist in great numbers. On the windswept barrens of a land without moisture, a small gathering of people make their living in a world they no longer know. Down a stretch of highway and far from the heart of the town are two such people who run a small diner. To them, the circumstances that reshaped their world is of far less concern than the number of lunch boxes they can load into their delivery vehicle. After all, leaving customers hungry is not good for business, and business keeps them fed. Day after day, they occupy themselves with the endless work of their diner. However, the comfortable monotony of their daily lives is turned on its head when they discover a large suitcase by the roadside on their way home from deliveries. Lying on the suitcase, unmoving, is a young girl with pink hair…

Though parched, they keep each other company, and while once hollow, they fill each other’s voids. So shall they live on this land so arid.

The game features a 20% discount off the regular price of $9.99 for the first week of launch.

Does KARAKARA strike your fancy?