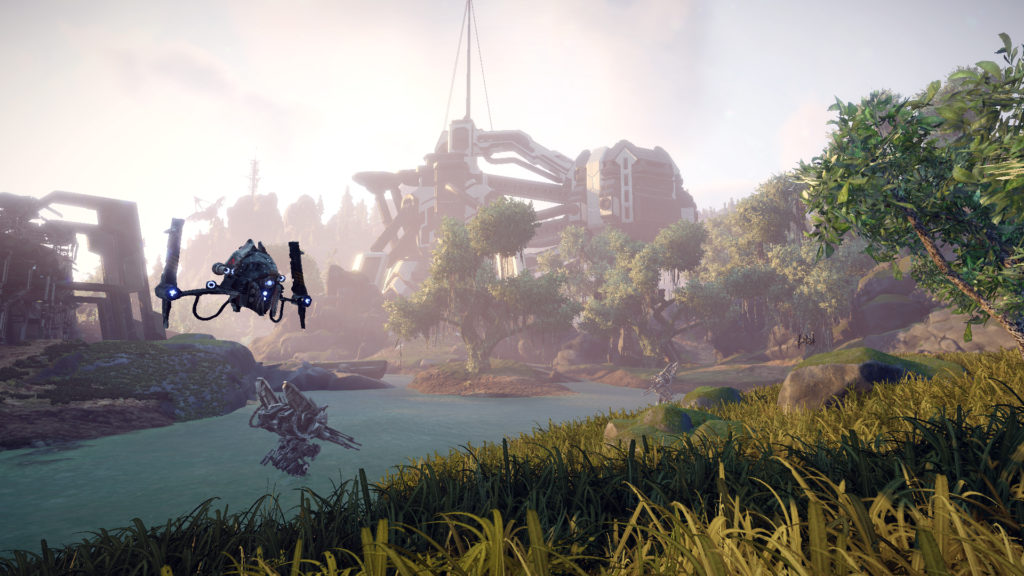 We in the gaming world are no strangers to open-world sci-fi or fantasy games, but what about a game that’s both sci-fi AND fantasy? Nordic Games and Piranha Bytes proposes just that situation with their upcoming “science-fantasy” RPG, Elex. On a world similar to our own called Magalan, a meteor crashes from orbit, bringing a new, powerful element to the world called “Elex.” During E3 2016 I watched a demo of some pre-alpha gameplay and took a small test drive of the combat system; though the game in its current state could still use some tuning up, Elex’s story and world make me hopeful for the final release.

Nordic Games Piranha Bytes worked together previously to create the Gothic and Risen games, both open-world RPGs, but smaller than their newest endeavor. The world of Elex is the largest one the team has ever undertaken, and moves as one continuous world without loading screens. Elex’s takes inspiration from games like Elder Scrolls V: Skyrim and Fallout 4: towns are filled with people who will remember the actions you take in their towns, quests to explore and equipment to find, and you can delve into the lore of the world through various books scattered throughout the game world. Players take on all of these actions in whatever order they choose, shaping their character in this world of magic and science. 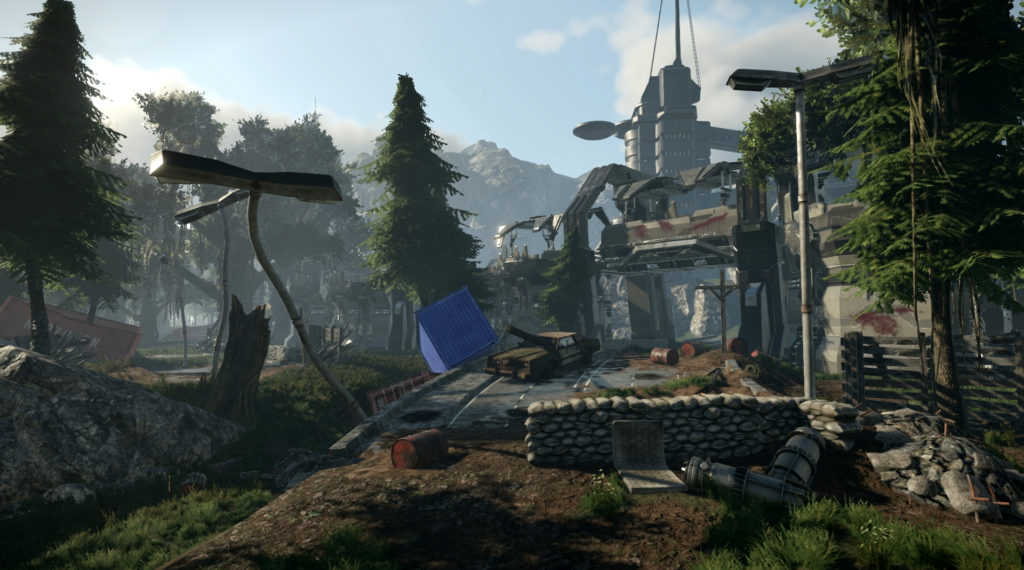 The world of Elex is divided into five different regions, each of which is accessible from the beginning of the game. Early on you receive a jetpack, allowing you to explore not just places on the ground, but also up in the air. Vertical exploration will likely be a key component of the game, with the jetpack allowing players to explore mountains, tall towers, and more. The world itself looks like a mashup of The Lord of the Rings and the SyFy series “Defiance,” with fantasy-style huts sitting on the side of paved roads with the ruins of pickup trucks…it’s an intriguing style I’m surprised we haven’t seen more of in the past.

Jennifer Pakratz, one of the lead writers for Elex, took me through an initial run-through of the game’s concept and world, explaining the story’s significance in the gameplay. Elex provides people unnatural magic powers, but in exchange it makes them exceptionally logical, cutting people off from their emotional sides. Guild-like factions form around Elex, with each one offering different abilities and skills. “If you want to be a magician, for example,” Jennifer said, “you can join the Berzerkers; they have huge magic spells. If you like more “Mad Max,” you can go into the desert and join the Outlaws.” The Outlaws use Elex as a drug, enhancing their own abilities with usage. She likened a third faction to the movie “Blade Runner:” the Clerics use high-powered energy weapons and psyonic skills through their Elex usage.

Key to the game’s story are the Albs, an order of people who consume pure Elex to heighten their abilities. Your character was a former Alb, conditioned to adhere to pure logic and discipline, but ends up kicked out of the order and left to die. Cut off from the influence of pure Elex, your character must choose between the logical world of Elex, or the emotional world outside of its bounds.”We [don’t] want to do this classical “bad vs. good” thing,” Jennifer continued, “but “emotion vs. logic, or code…” those choices will have consequences for the whole world, even the endings.” 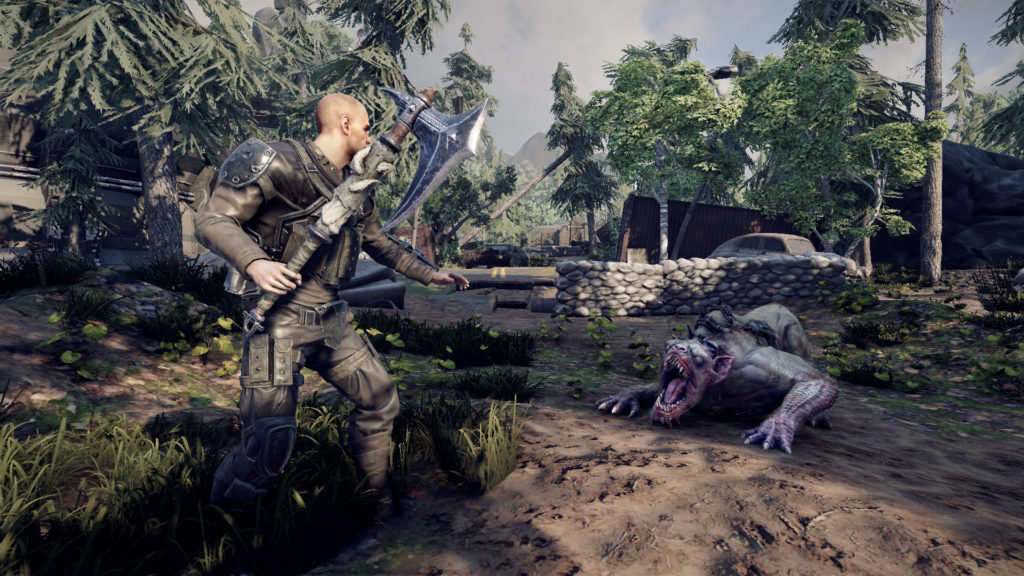 All these things said, Elex will need some polish before it comes out of the gate. Given the game’s pre-alpha, it’s going to go through plenty of development and changes before the final product releases, but right now the character models feel a bit stiff, as does the motion through the world. I tried a bit of the combat engine, and though there are some interesting maneuvers (you can jump up with your jetpack and slam your sword down, for instance), the combat still felt a little cumbersome. Though the game is third-person and ties in a dodge move, the world still looks and feels a lot like Skyrim or The Witcher III, both of which have tons of visual polish behind them. The Piranha Bytes team is no stranger to game development, but if they’re going to stand up next to the likes of their inspirational titles, they’re going to have to work for it.

With a interesting new setting, a large world to explore, and a story that could be unlike others we’ve encountered in the past, I’m rooting for Elex to make a splash when it releases. As an added piece of excitement for those playing the game in English and familiar with Nordic Games’ past works, Andrew S. Walsh, the localization lead for the first Risen game, will be back on the team. We’ll see what happens as Elex comes closer to crashing on our planet in 2017.