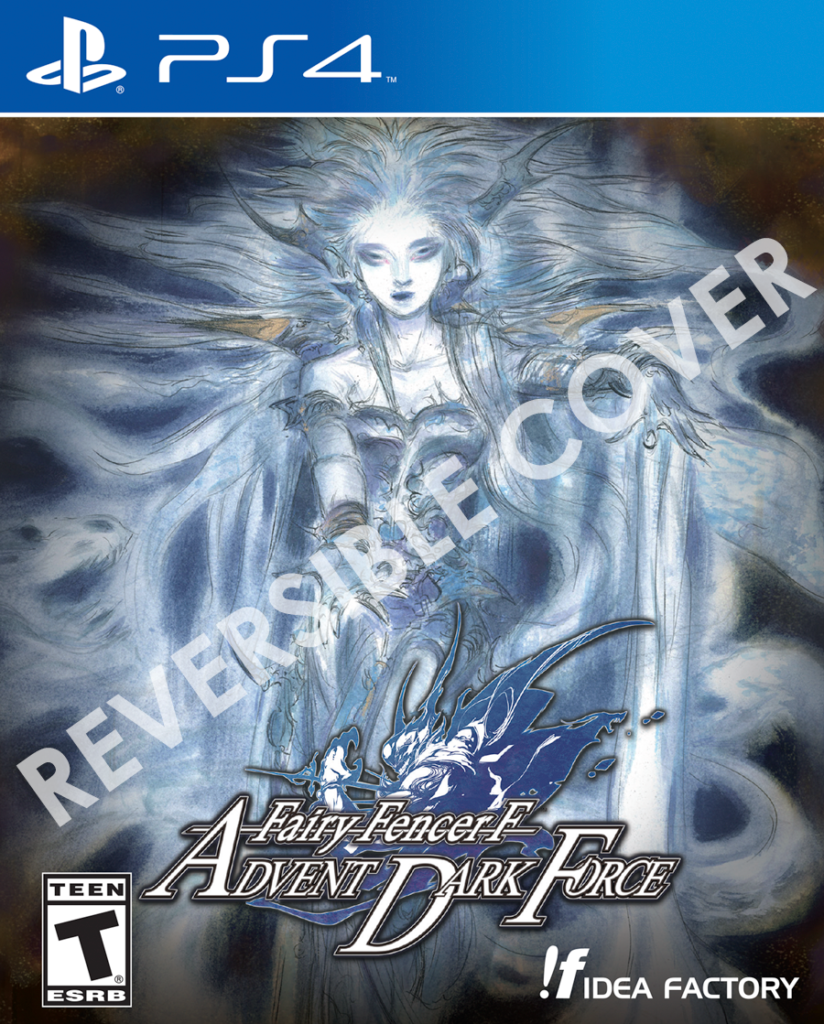 Fairy Fencer F was originally released on PlayStation 3, and was ported over to PC. This title by Compile Heart attempted to do something a bit more serious than the typical fare found in the Hyperdimension Neptunia series, while retaining the fanbase that their games have cultivated. The PC port of the original game ended up being fun, but how will Fairy Fencer F: Advent Dark Force stand up?

The story of Fairy Fencer F: Advent Dark Force places you in control of a lazy vagabond known as Fang, who has wandered into a village featuring a sword buried in rock. None of the townsfolk have been able to free the sword, but Fang does so effortlessly, thanks to the sword choosing him.

Fang’s surprise is complete when it turns out that the sword is not a normal sword, but rather hosts a fairy, known as Eryn, who tasks him with recovering more fairy swords. Being a guy who only wants to laze about and eat, Fang is, as one may expect, quite reluctant, but she manages to convince him somewhat.

The two quickly run into another woman, known as Tiara, who is also seeking out the Furies. as these fairy-inhabited weapons are known.  She knows far more about the Furies than either Fang or Eryn, and requires their assistance to defeat the monsters and retrieve these weapons. Thus, she teams up with them by promising Fang free food. 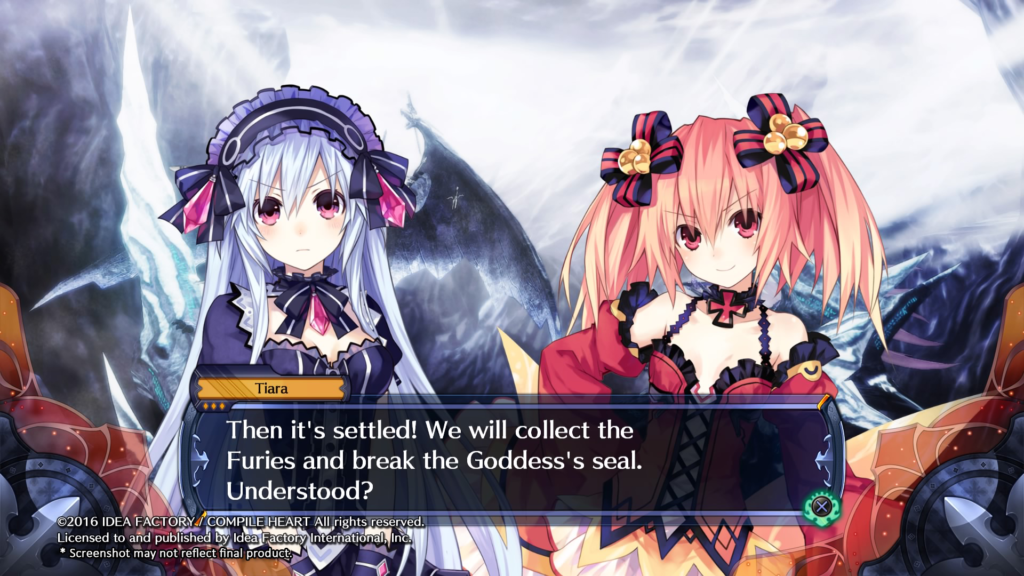 As the team gathers more Furies, they draw closer to their goal of reviving a goddess pinned into place by a large number of swords. Only the magic of the fairies within each Fury can remove a sword, and doing so also powers up the fairy.

As the gang adventures, they meet other eccentric characters and get involved in some weird and wonderful situations.

There are multiple endings to the story, based on how you play, with not all being good.

In terms of gameplay, those who have played any of the Hyperdimension games should feel right at home with Fairy Fencer F: Advent Dark Force. With everything streamlined, navigation is menu-based when outside of a dungeon, allowing players to quickly get into the action.

Shops allow you to purchase and synthesize gear, while the pub acts as the game’s quest hub. The inn allows players to advance the story, freeing a sword from either the Goddess or Vile God with the Furies you have obtained (that haven’t already been used to do so).

Each sword grants an additional buff, which makes freeing the Vile God, at least partially, quite tempting, as many of the swords have more powerful effects if you pull them from him rather than the Goddess. This presents a moral conflict that is undeniably effective, as the consequences of your choices aren’t apparent for a while when first playing the title. This makes the decisions driven purely from your moral point of view, and each player is certain to have their own threshold as they draw the line as far as capitalizing on the power of the Vile God.

In addition to the buff, the Fury gains an ability that can change a variety of things in a dungeon you place the weapon near, such as changing enemies and items, gaining more experience in exchange for weakening your defense, and more.

When you enter a dungeon, you enter a fully 3D scenario as you explore. You will see enemies and landmarks on your map, and dungeons are fairly straightforward. As you run through the maps, you can launch an assault to gain an advantage on them in battle, but be warned; If you fail, they will gain the advantage on you. You can, of course, also attempt to avoid the enemies entirely.

The battle system is turn-based, allowing you to move your current character around freely in a limited range, as well as attack any enemy (or support any other character with items/spells) within your range. Every weapon type and ability has a different range, encouraging players to mix up melee, spells, and skills. 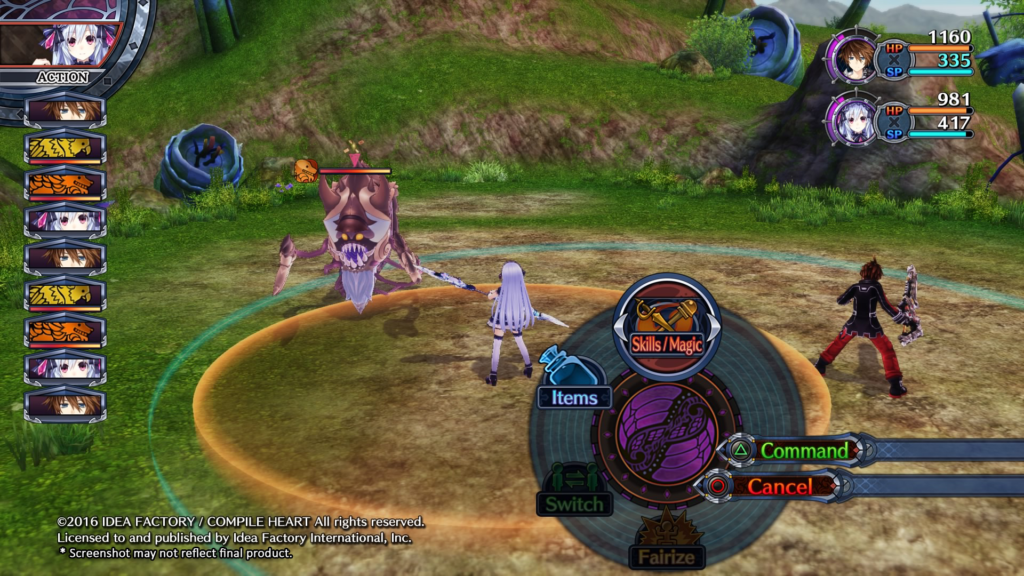 As you attack enemies with weapons they are weak to, you have a chance of bringing other characters in to continue the combination started by your original character.

Also, once tension hits a certain level, you gain the ability to Fairize, which results in your character impaling himself or herself with his or her weapon, transforming into a more powerful form with more powerful abilities that, while cost a significant amount of HP and SP, can demolish your enemies. 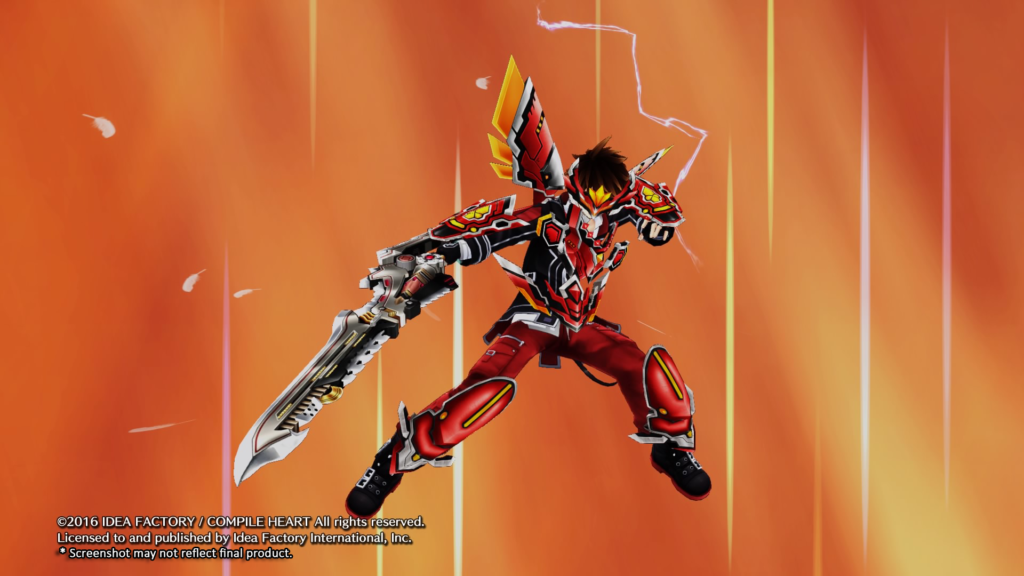 Upon  winning a battle, you will gain WP, which can be utilized to customize your characters, raise their stats, unlock more combos, and unlock more abilities.

Fairy Fencer F: Advent Dark Force holds the distinction of being the best looking title by Compile Heart on the PlayStation 4 to date, thanks to the strong art direction. Tsunako’s utilization of clean, defined lines and rich color helps make every character distinct, not to mention gorgeous in motion and stills.  The enemies, featuring traditional JRPG staples such as snakes, fire birds, and zombies, are also cute in design. 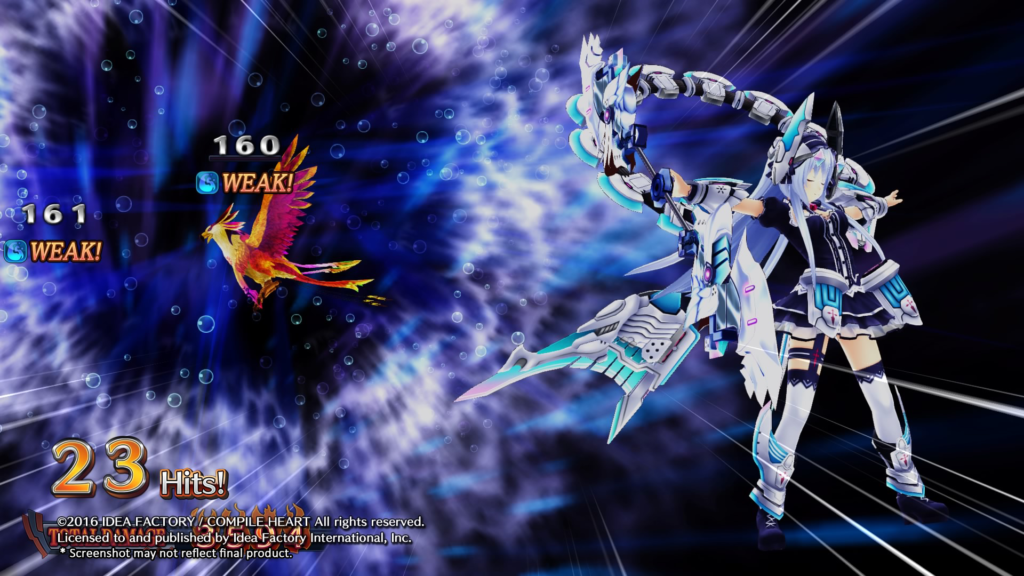 In terms of environments, they are less impressive than the characters. The environments tend to be functional and pretty, but rather minimalist in design, devoid of noteworthy features.

The music, done by Uematsu, is also quite nice, with all tracks feeling perfectly suited to the situations they play in.

Those who missed out on the original will definitely want to pick up Fairy Fencer F: Advent Dark Force, while those who did play the original may still want to check it out, as it is definitely a title that succeeds, in this reviewer’s experience, in hooking a JRPG fan and pulling them along for a fun, and humorous, ride, and the new content makes the ride even more enjoyable.