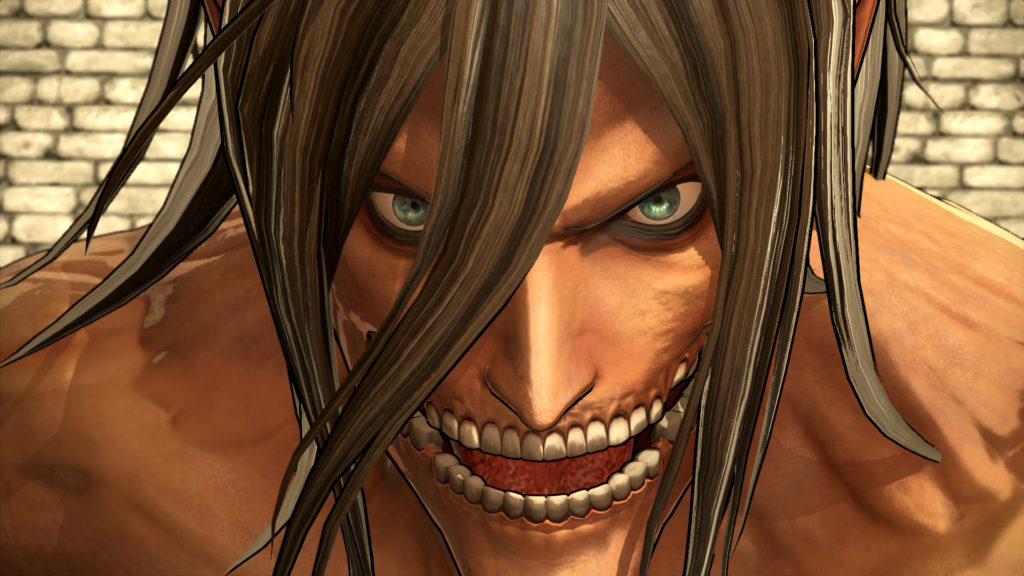 Anime fans around the world await 2017, the year when the second season of Funimation’s Attack on Titan graces us with its heartbreaking trauma and fast-paced action. Players looking for new experiences in the world of Attack on Titan can get a small fix with the upcoming game from Koei Tecmo America of the same name: Attack on Titan puts players in the role of Eren, Mikasa, and Armin as they use omni-directional movement (ODM) gear to take down the hulking human-like beasts known as Titans. I tried out the demo during E3, and though I could have stood to have a bit more challenge, the demo still left me wanting more (of both the game and the show).

The demo offered three modes: training, a Pilot vs. Titan mode to test those skills out in real combat, and a Titan vs. Titan mode with hand-to-hand combat. Fighting as Eren, the cel-shaded visuals impressed me as I bolted around forests and cities with the ODM gear. The graphics maintain both the look and fast-paced feel of the TV show, with some cutscenes that were direct translations of scenes from the show. If the cutscenes and missions are indicative of the tone of the overall game, the Attack on Titan game may be a great way for newcomers to the franchise to learn about the show and the characters in the world. 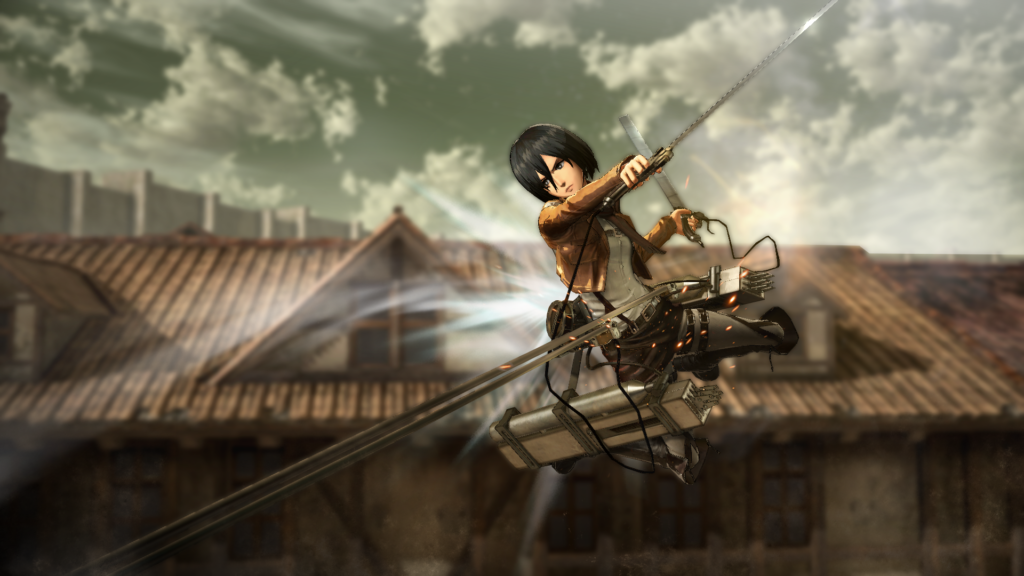 Pilot combat is definitely the most compelling of the two gameplay styles. For those unfamiliar with the show, ODM Gear is a backpack of sorts that shoots grappling hook-like cables out of the sides. The gear allows pilots to slingshot themselves from location to location at high speeds, and shoot high in to the sky to position themselves to attack Titans. The only way a human can kill a titan is with a clean slice to the back of the neck, a move which takes skill, precision, and sometimes a bit of luck to pull off. Luckily for the easily intimidated, killing a Titan in Attack on Titan doesn’t require weeks of training; after locking on to the body part you wish to attack, a simple three-button combo allows you to jump in the air, dash towards the enemy, and go for the killing slice. 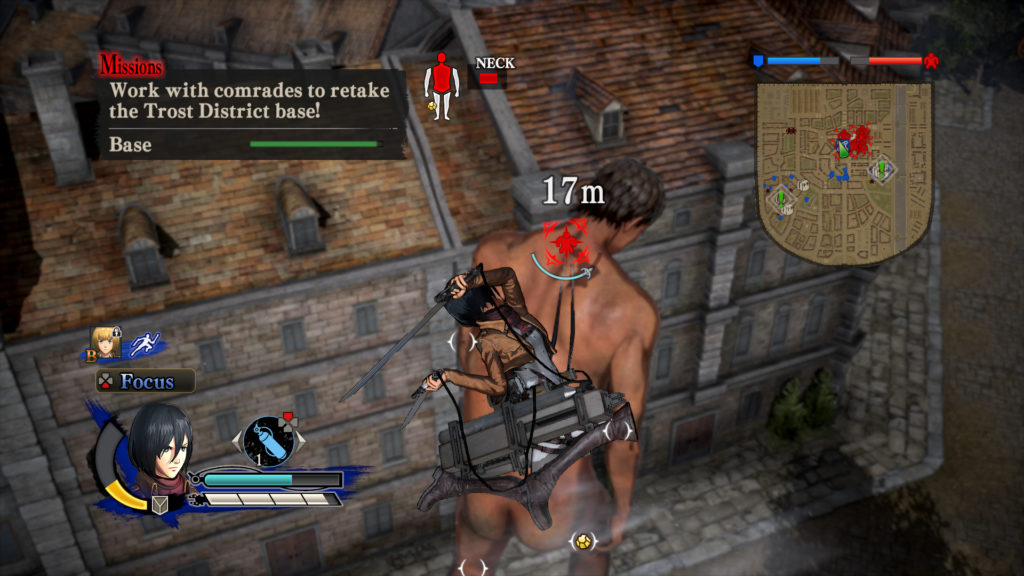 However, if you think you’ll simply move on from enemy to enemy slashing at will, you’re mistaken. Also like in the anime, the resources used to make the attacks are limited by consumable resources: the 3D Movement Gear can run out of gas, and the swords dull over time with multiple attacks. Other soldiers in the field act as resuppliers, and if you get to them in time, you can continue moving and attacking with ease. Run out of gas, or attack with dull blades, however, and you could easily find yourself in a Titan’s death grip. I ran out of gas during training, and I can only imagine the amount of trouble I’d have been in if I had to run to a resupplier on a field filled with 20-foot tall, bloodthirsty monsters.

Also included in the game is Titan vs. Titan combat, which feels a bit like standard 3D action fare. Playing as a titan, you “subjugate” the other titans through brutal combat, kicking enemies when they’re down, grabbing their faces and slamming them into the ground…you get the idea. Combat itself is simple to execute, with an almost Dynasty Warriors-esque flow of mashing the Light Attack button until ready for a heavy attack or choke slam. Though the Titan combat felt intense at first, the lack of variety in the attacks made the visceral feelings fade after some time. That said, there’s certainly potential for more variety in attacks and characters in the full game. 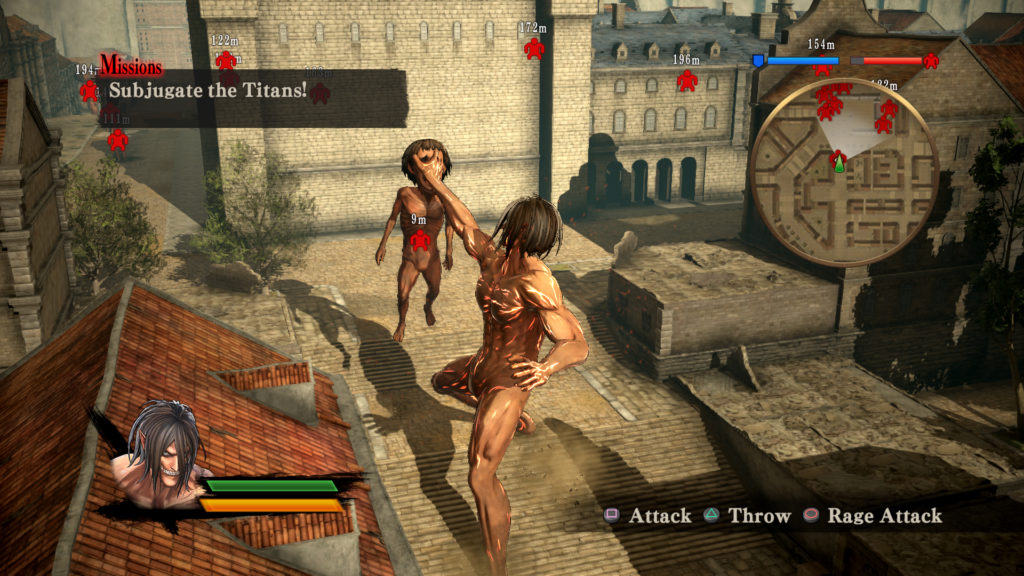 As much as I enjoyed my time with the demo, I definitely feel like I’d have enjoyed the game more with a higher difficulty. Sure, Attack on Titan isn’t Dark Souls or Bloodborne (Koei Tecmo also had their upcoming game Nioh on display for gamers looking to punish themselves), but part of what makes the anime so compelling is the near-hopelessness felt as the series progresses. Victory tastes sweet becuse it’s definitely not guaranteed, and at any time even the best soldiers can fall victim to one hopelessly strong Titan. Without that feeling in the demo, it was hard to really feel the same attachment or energy to the game as I did the show. Needless to say, should I end up with the game after its release, I’ll be pumping up the difficulty accordingly. 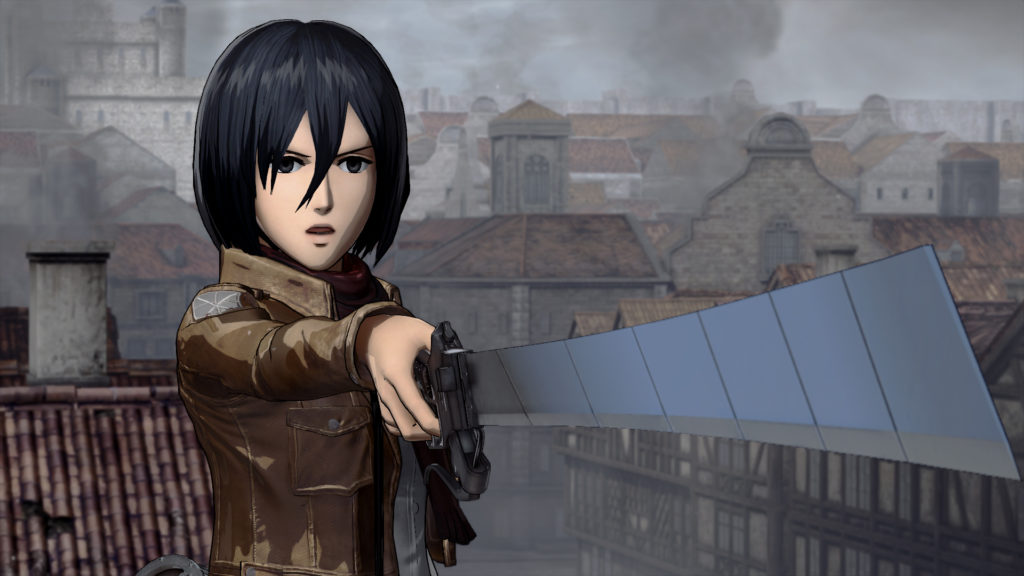 Another thing I’d have loved to try during the demo was multiplayer. There’s no way a single pilot would try to take on a large number of titans on their own, and fighting alongside real players would feel far more exciting than fighting with AI-controlled ones. Though there wasn’t any multiplayer available at the demo, I was told the final game allows up to four-player co-op online.

Folks chomping at the bit to get their hands on some titan-slaying action can try their hands at a fan tribute game that certainly makes you work for your Titan kills, but otherwise fans have something to look forward to when Attack on Titan releases on August 30, 2016. Playstation 4 and Xbox One owners will have the chance to buy the game digitally, while digital-only releases will be available for PS Vita, Playstation 3, and PC via Steam.