2K was pleased to confirm that WWE Superstars John Cena and Sasha Banks, as well as the WWE Hall of Famer, Ultimate Warrior, will all be joining the roster of WEWE 2K17.

This was confirmed as, throughout E3 2016, 2K had partnered with WWE portrait artist Rob Schamberger to reveal these three additions at the South Hall booth at E3 by painting them on a sizable canvas in a live settings. E3 attendees checked in throughout the show, as well as on Facebook, Twitter, and Instagram, to see who would be joining the roster.

Check out the completed canvas below: 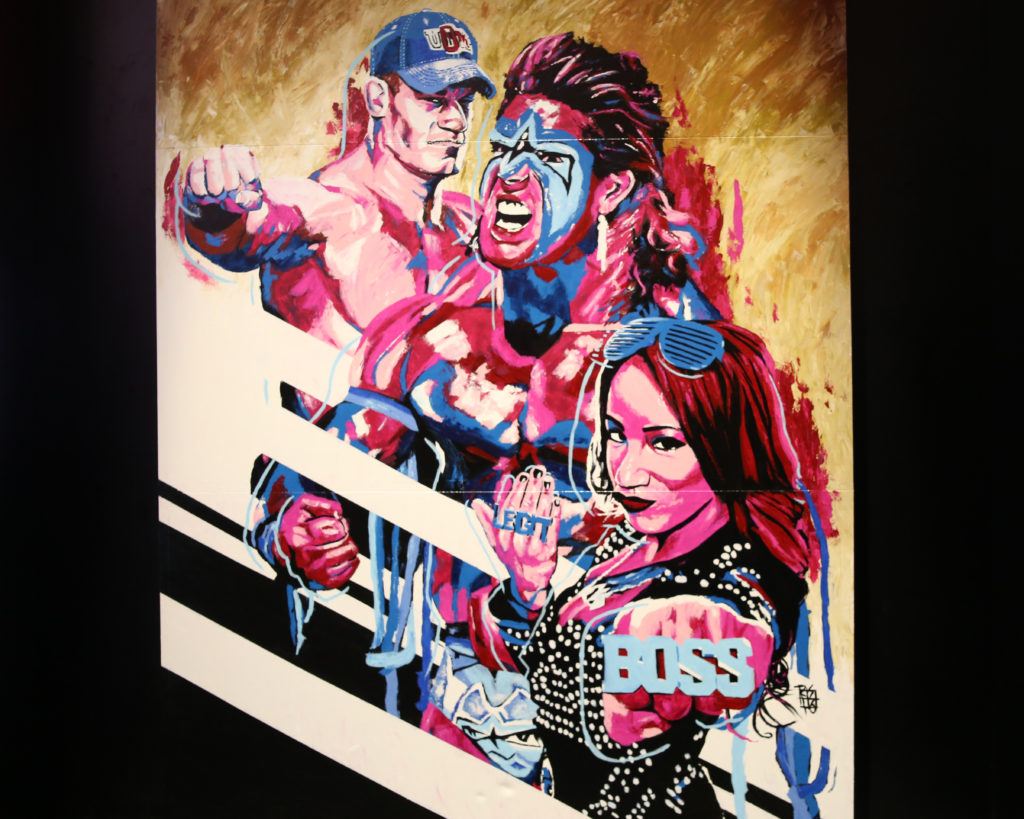 Are you excited for any of these three?