Sekai Project and circle 773 were excited to bring Cherry Tree High Girls’ Fight to Steam. This title is a strategic turn-based card battle fighting simulator, where the player has been recruited as the new head coach for the school’s all-female fighting tournament. You will need to train a team of fighters to become number one among all rival clubs and schools.

Here’s a quick description and the game’s key features, as presented on the official press release:

Buckle up for high stakes 3v3 matches! Scout out champions by choosing from 15 different fighters across 5 teams in order to assemble a unique team of 3 elite female warriors-in-progress to train in a winner-takes-all card-based battle system! Climb to the top of the ranks, because those who don’t pay attention in this school of literal hard knocks will either tap, or snap!

Players can schedule their fighter’s training regimen, communicate with their team to deepen their bonds, learn new abilities and attacks, and watch them grow their skills over the tough school season. These girls are downright lethal and are waiting for their new coach to lead them to victory! 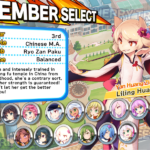 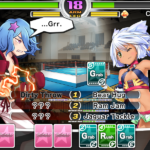 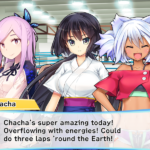 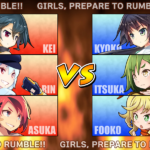 Do you have what it takes to train the best?