Microids and Pendulo Studios recently announced that those attending E3 2016 will learn quite a bit more about their upcoming title, Yesterday Origins. To this end, they have shared a new teaser video, which you can find below:

The game is currently scheduled to launch on September 29, 2016 for PlayStation 4, Xbox One, PC, and MAC, inviting mystery and adventure lovers to journey through time and around the world. It is a new production from the creators of the world-famous Runaway saga, and marks the studio’s first 3D game. Here’s a quick description of the story and game, as presented on the official press release:

In Yesterday Origins, players take on roles as John Yesterday and Pauline Petit, an immortal couple who own an antiquities shop in Paris, in an adventure around the world and through time. The story begins when a young John is imprisoned by the Spanish Inquisition for sorcery and must use his cunning to escape the prison guards. While most of the game takes place in the present, the Spanish Inquisition scene is the first of several sequences that alternate between past and present, recounting the origin of John’s coveted immortal powers.

The game has more than 25 main characters, all of whom are fully voiced, and boasts an original score. While the game addresses adult themes and sprinkles in racy dialog, it retains a relaxed feel and a good dose of Pendulo Studios’ black humor. The interface is designed to work equally well for game controllers and for keyboard and mouse on PC and Mac.

What are your thoughts on the title thus far? 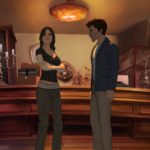 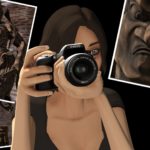 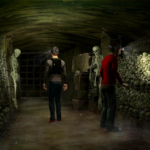 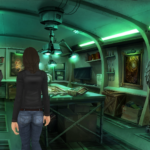