Vizor Interactive was excited to announce that Zombie Castaways, the game in which love drives zombies to work together on a quest to become human, has arrived on Android and iOS platforms as a free-to-play game with in-app purchases.

For those unaware of what the title is, here’s a quick “About” and some of the features, as presented on the official press release:

In a quest to win over a girl, one zombie’s heart drives him to brew Zombium and become a human in Zombie Castaways. Along the way, players will encounter a colorful assortment of characters, plants and buildings as they must grow, construct and decorate their islands in order to cook up Zombium. By utilizing zombie-workers to help clear environments, players will be able to harvest various crops and travel to different islands in search of new treasures.

Vladimir Yatsukevich, Lead Game Designer at Vizor Interactive, stated, “The global success of Zombie Island on Facebook is a testament to the popularity of these misunderstood creatures. Creating Zombie Castaways for mobile devices is a natural fit for gamers of all ages on the go who are looking for a fresh take on zombies, and for the millions of fans already in love with the game.” 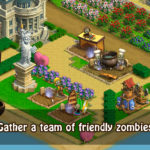 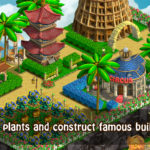 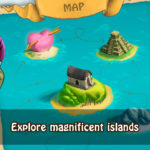 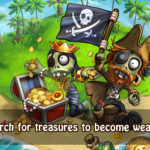 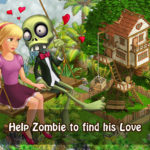 Will you be checking out the mobile title?