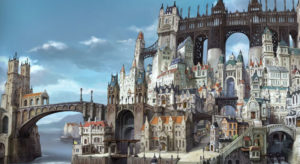 Bravely Default made for a fun handheld RPG. It had a great battle system with the Brave and Default features, gave the ability to avoid random battles or increase the fights and gave many RPG fans a trip down memory lane.

With Bravely Second: End Layer, the formula stays the same, but the cast of characters and story has changed slightly.

For those that haven’t played the first game, don’t worry. The game starts you off with a recap of the entire first game, from beginning to the twist and final boss. Then, you pick up with Pope Agnes being kidnapped and a few of the original warriors teaming up with Yew, the captain of a group called the Three Cavaliers, to rescue her.

Yew, unfortunately, isn’t one of the most likable RPG characters out there. He freaks out over a lot of things, and is naively trusting of those that betrayed him. For someone that’s supposed to be a captain, he instead comes off more as a bumbling soldier. 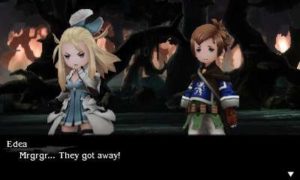 Unfortunately, the story never really takes off throughout the game. The gameplay, though, helps you forget about that fact. Both the Brave and Default features make a return, allowing you to save up turns or use multiple turns at once and recover later on. In instant-win battles later on, the game even skips the fight to help with quick grinding for Job Points, plus you can stack battles to get an XP and JP multiplier by winning multiple battles in the first turn, letting you level quicker.

Additionally, new classes have been added to the game to bring the total up to 30. New classes include the Necromance, Catmancer (yes, a cat wizard) and a class that uses baked goods to debuff enemies.

Yes, that feature is back. This time, you rebuild a civilization on the moon. By leveling the city up, you can get free items periodically and unlock new specials or enhancements for specials. If you have friends that play, you can StreetPass with them to get extra workers to help rebuild the city as well as extra fighters that can lend a hand in battle. By leaving the system in standby mode while not playing you can unlock new upgrades relatively quickly (except for the ones that take multiple days to unlock). 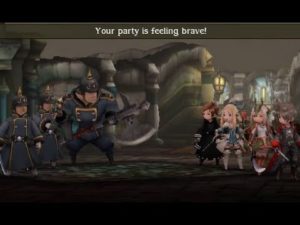 Also back in the game are Sleep Points, or SP. You get three points that recharge over time. Or, you can replenish them quicker by purchasing drinks with real money. Honestly, like the last game, the SP rarely gets used and the microtransactions seem pretty much pointless.

A new odd little feature involves leaving the 3DS open. Your team builds Chompy stuffed toys. While you let the system idle, they build these toys that can be sold for Chompy Points (CP) that can be traded for upgrades used to build rarer Chompy toys or build them faster. Eventually, you can start trading CP for actual cash, but considering how long it takes to get to this point most people won’t find it necessary.

Overall, Bravely Second features a top-notch battle system that’s marred by an average story and a few characters that feel like they shouldn’t be leading the way. If you played the original game, you may not feel like jumping in for another huge romp with a game that’s relatively unchanged from the last title, and newcomers may get bored by the story early on. However, the gameplay is still great enough to make RPG fans to take a dive in the game, if only to see what the new classes have to offer.