Review | Stories: The Path of Destiny 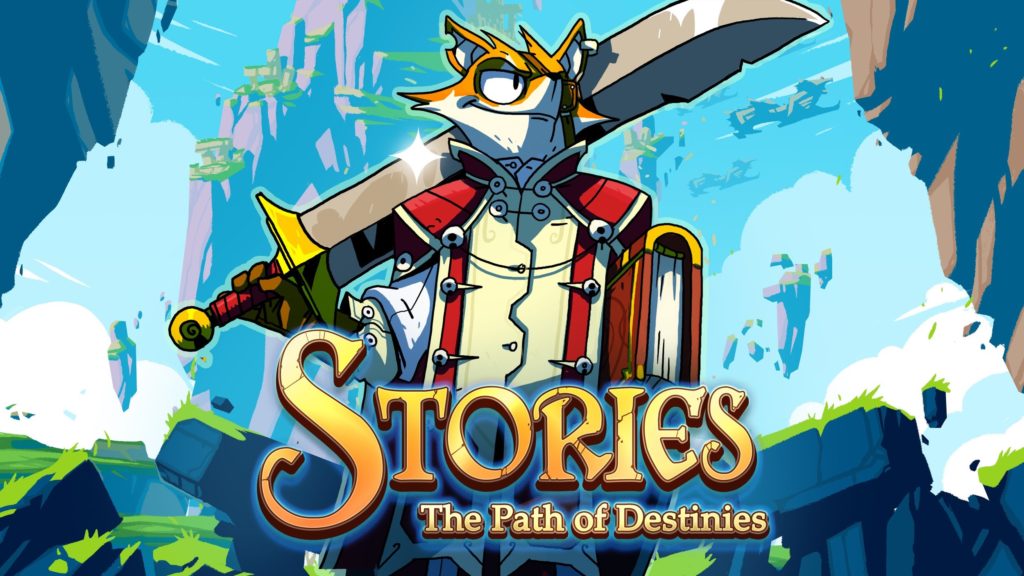 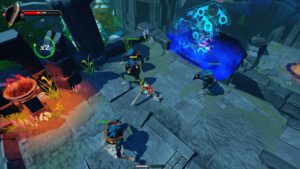 Stories: The Path of Destiny starts off slow. With only your base weapon and not much else, you may feel like you’re missing a lot of the game.

Once you get your first ending though and realize what the game fully has to offer, you realize that the game is akin to a Choose Your Own Adventure book, letting you restart at the beginning with the knowledge (and stats) of the last adventure you had, and letting you choose new directions to see new endings and find a way to survive unscathed.

Players take control of Reynardo, a sword-wielding fox as he fights a revolution against the toad king and his raven army. Along the way, you’ll meet some of his other animal friends, such as a rabbit and fox, as you choose different decisions to try and take down the evil king.

During gameplay, a nameless narrator offers a voice to Reynardo’s tales, ranging from decisions he made (and remakes) to random tasks like opening chests or unlocking door. As you go through choices again and again, though, Reynardo will drop extra bits of information, such as remembering a decision that went poorly or a twist that may affect his thoughts about a character. 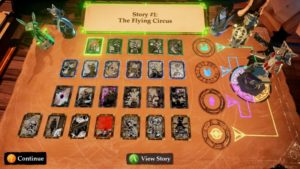 For instance, early on you’re given a decision to save a friend or find a superweapon to turn the tide of the war. Depending what path you go down you can get one of four great truths that reveals a secret about someone or something. These truths can then alter your thoughts later on, and can help lead you down a better path. Overall, there are 24 different endings, but only one will see the fox make it out alive.

As for gameplay, each decision gives a completely different level to traverse, but levels don’t change if you revisit a story path again. If you’re trying to unlock every ending, this can lead to some repetition, as levels are linear with only small splitting paths hidden behind doorways that offer chests with a rune for equipping for a stat boost and normally some materials used for building or upgrading a sword.

Combat will have many remembering Arkham Asylum, as it’s that combo-driven fighting style with attacks going from one enemy to the next, complete with a dodge ability and a hookshot to bring enemies closer. You also eventually have one of four swords to choose from, each with their own ability and magic attack. Counters can also be initiated by attacking in the direction an enemy is about to attack you from. 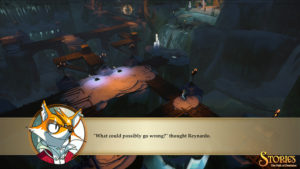 As you go through fights, you’ll also slowly level up to unlock new abilities on a skill tree, such as being able to attack anywhere with a high enough combo, dashing through enemies and more. A few skills seemed key or worthwhile, but many seemed like there would never be a reason to get.

However, the biggest selling point of Stories may also be its biggest weakness. If you keep going through paths to try and find the true ending, you’ll get tired of seeing the same areas again and again. Plus, after about four or five stories (each taking a few hours) you’ll probably have all the runes and fully upgraded swords you need. Sure, some areas look great when you see them the first few times, but after a few plays it all starts looking the same.

Overall, Stories: The Path of Destiny is worth experiencing just to see a choose your own adventure book done right in game form. While the same locations may become a bit repetitious to see, if you’re just interested in seeing Reynardo’s adventure to the true end and not every single ending you’ll enjoy your time here before you outstay your welcome.