Xona Games released the original Score Rush for the Xbox 360 back in 2010, hitting pretty reasonable success as it even became the number one download in Japan on their Xbox Live Marketplace during launch. Now, with Score Rush Extended, Xona is bringing the shmup classic to the PlayStation 4, now with a few added features. 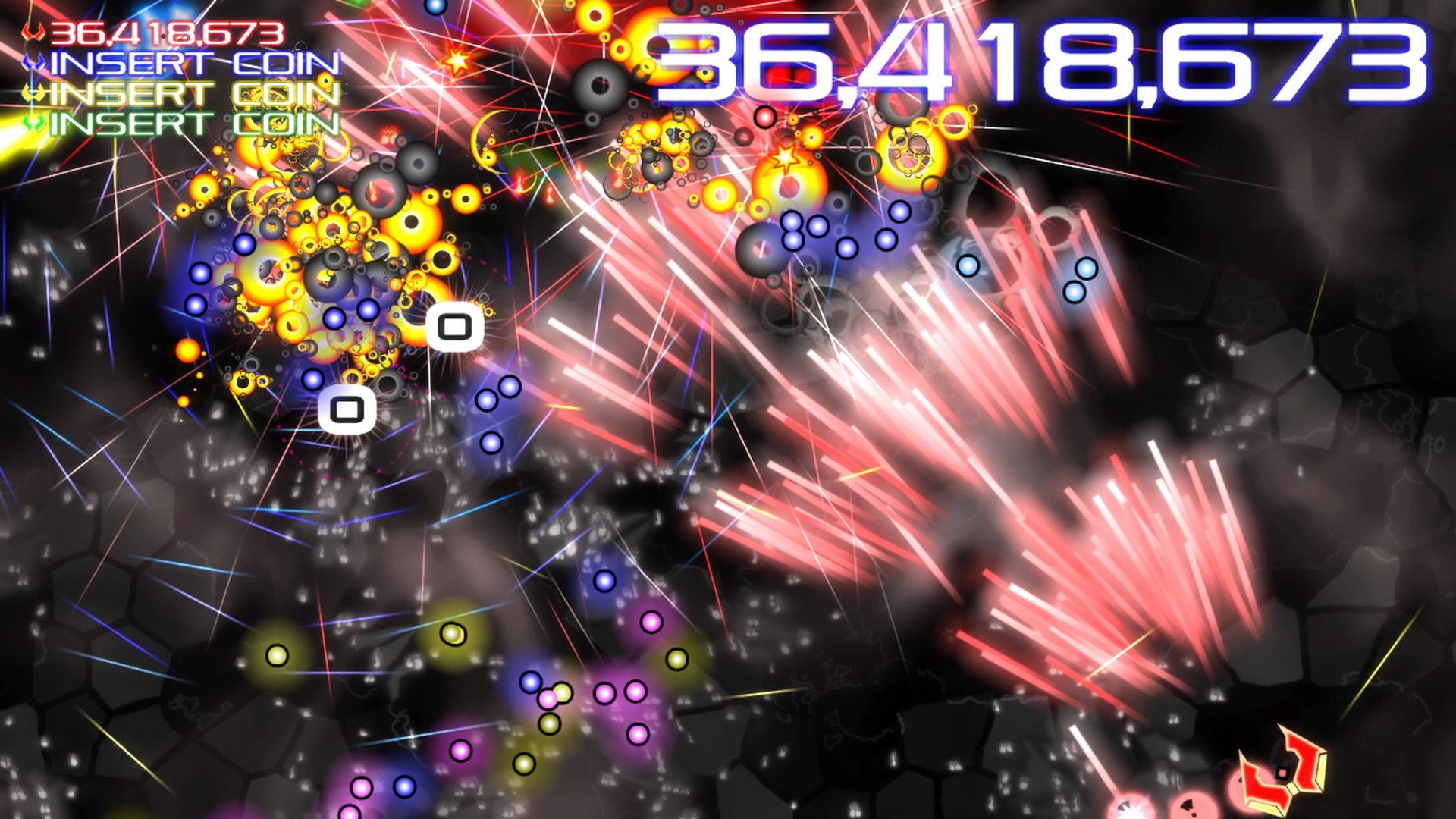 Score Rush Extended isn’t exactly a feature rich game, even with the extra features, but for what it lacks in content, it makes up for it in its classic arcade feeling with incredibly skill-based gameplay. Like many bullet-hell titles, this game has a lot of multicolored bullets flying all over the screen. Unlike most other shmups, Score Rush keeps players bound to a decent sized arena to move around in. As enemies continuously spawn from the top of the screen and bullets fly, the player needs to maneuver their ship between bullets to make sure that none of them hit the center core. It’s nice that the core is roughly the same size as a bullet, making it manageable to get out of some tough situations, but with so many bullets flying all over the screen, it still maintains a challenge for the player.

The controls for Score Rush are simple, using twin stick gameplay where the left analog stick moves the ship, and the right shoots in whatever direction it’s pushed in. The shoulder buttons are used as well, one to slow down movement for precise maneuvers while the other one unleashes a screen-clearing nuke, which is best used to escape a situation where bullets are filling the screen, but only in emergencies as players only get a handful per sessions. There are two different power-ups to collect, one that increases the power of the main weapon and one that adds a satellite ship to follow the main one that will also shoot in the same direction. The satellite ships create a nice “snake-like” effect as up to 32 can be collected and can fill the screen with even more mayhem. After fully maxing out the power of the main weapon, collecting the same power-up will clear bullets from the screen as well, so it adds a nice layer of strategy when getting further into the game. 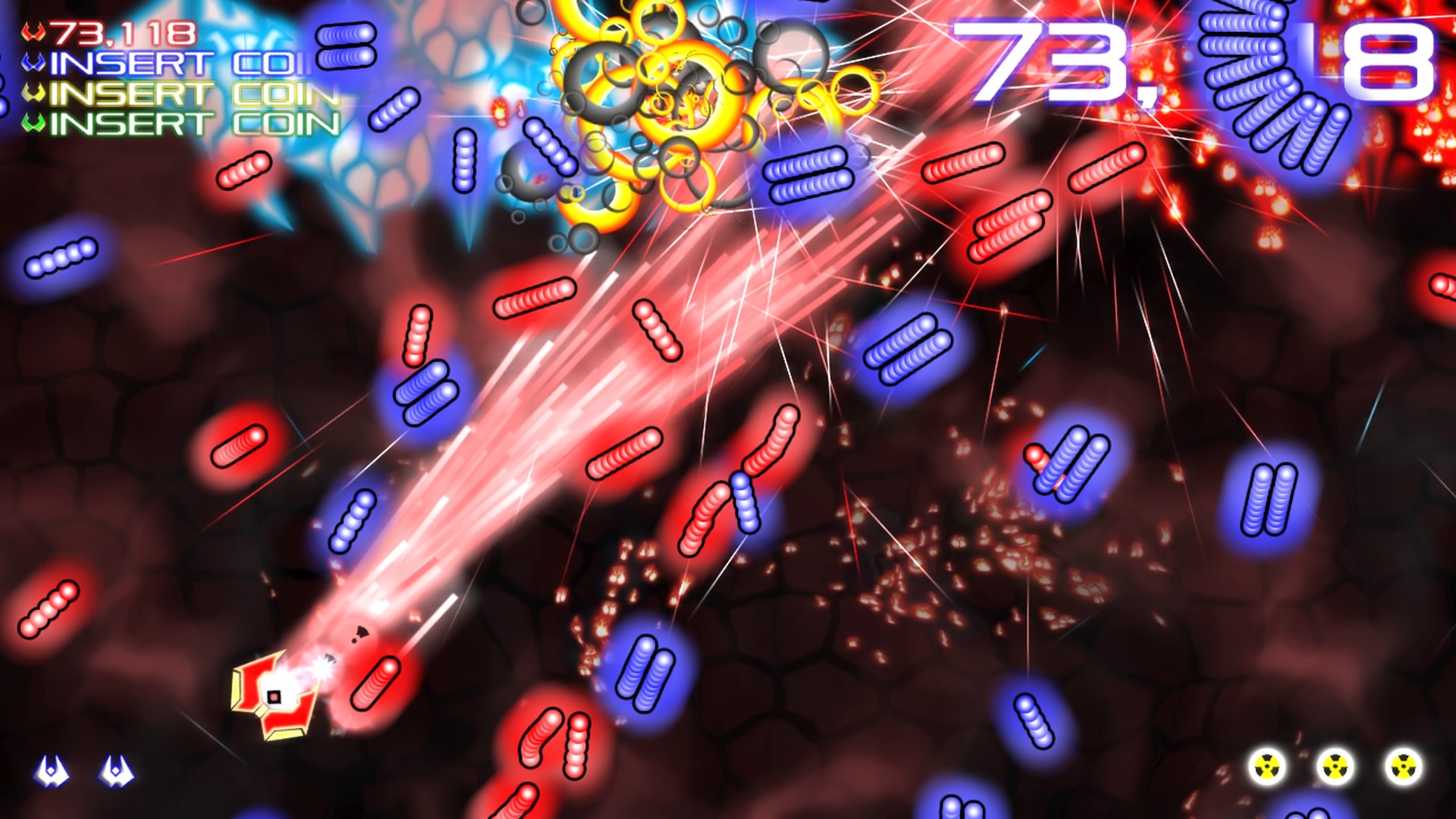 Visuals for the game are bright and flashy, as bullets of all colors of the rainbow will fire all over the screen at times and the main ship itself fires bullets that resemble red sparks rushing out of a flare. It’s almost like constant fireworks on display on the screen and it can be quite a mesmerizing show for spectators. Ship design is simple but considering the way the game plays, the ship design is probably far from importance as it would be necessary to focus on staying alive. The background is mostly a distorted grayscale floor (red in boss rush mode) that makes it easy to contrast the many colors flying around the screen, but there are even some ships that fly in the background that match a similar color palette. While the player can’t crash into these ships, they can still destroy them with their guns, which is important because they will constantly be blasting bullets in a spreadshot towards the player.

As players progress, they’ll fight many large boss ships that change up their firing patterns during their fight. As their ship sets fire, it sends off a clear signal as for when the next phase of their attacks will start and it gives a nice arcade feel of when boss enemies would flash red rapidly when they were close to being defeated. The game even has a boss rush mode which can be considered a bit easier, as they’ll have less enemies to worry about and have more power-ups to focus on. It’s the only other main mode in the game, but it’s nice to see that both boss rush and score rush have their own set of unlockable difficulties. 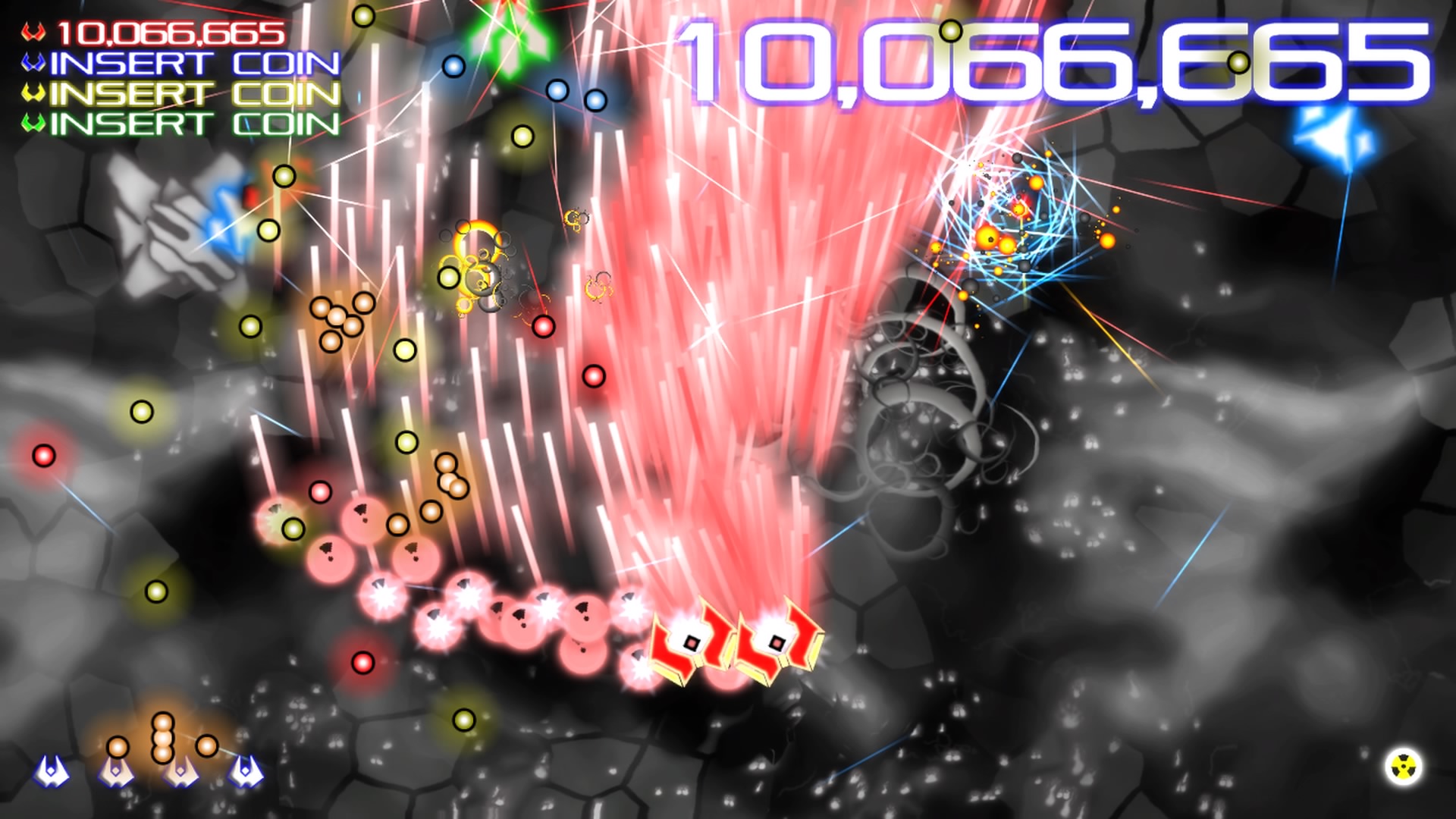 Perhaps one of the strongest features of the game is the soundtrack, as the music helps energize the player. Nick Dragonas of Dragon Music provides a strong set of background music that keeps things upbeat and really makes the presentation that much better. From a rock ballad on the title screen to a fast paced guitar riff, Xona found a great choice for their music to keep players engaged in the game.

One of the main features added to the game is the dual mode, allowing for players to control two ships at the same time, both of which are connected at all times. This mode is actually quite a bit easier at times, making it so players have a bit more firepower, though it can also be tougher considering that it gives one extra ship for the enemies to hit. Even so, if one of the ships gets hit with no lives left, it gives the player a chance to continue surviving until the ship respawns (conveniently clearing the bullets on the screen as well). In a way, it’s sort of like a co-op mode for one player. 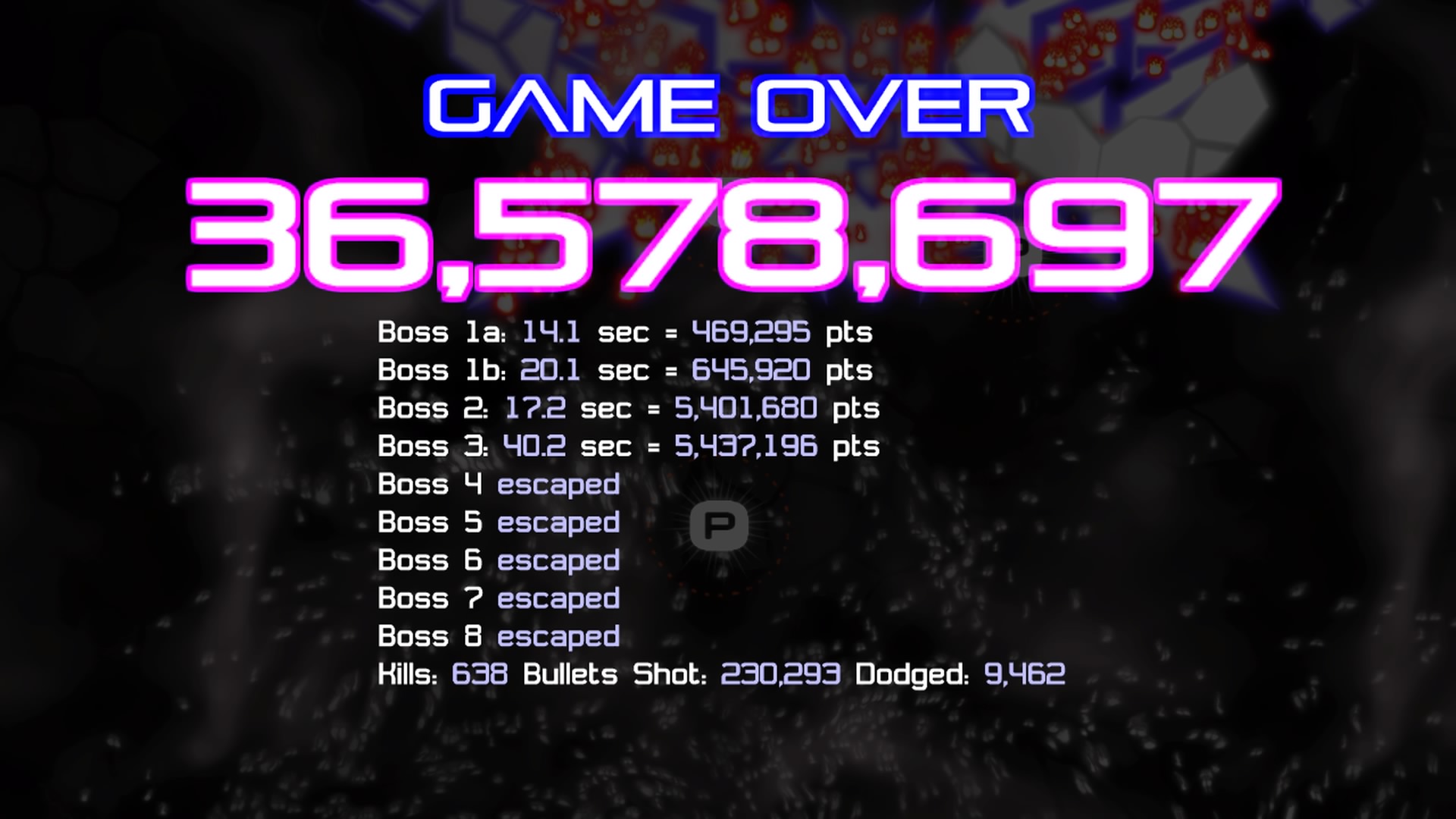 Speaking of co-op mode, Score Rush Extended offers four player local play, allowing for four friends to jump into the fray and blast away for a challenging time. Like arcades, players can hop in at any time (even with the “insert coin” text at the top of the screen for nostalgic reasons). It does seem to make things somewhat easier to have friends, despite more bullets flying around on screen. With some of the later bosses, this definitely becomes more problematic as some of the bullets become a lot harder to dodge.

While Score Rush Extended is a relatively fun game, it does still lack quite a bit of content. It’s very similar to the original Score Rush, just with a slight visual upgrade and the added dual mode, though the music is more or less the same and despite lots of challenge, if a player manages to get to the end of a mode, it only takes roughly 20 to 25 minutes. Most of the game will end up being subtle improvements here and there, though often times, it still poses a large task to manage getting by every single bullet and defeating all of the bosses. Despite not much being there, the game still has tons of replay value in trying to improve scores, though the leaderboards might take a bit to populate with more users. For old school shmup fans, this may be a nice little gem to have in the PS4 to play from time to time.