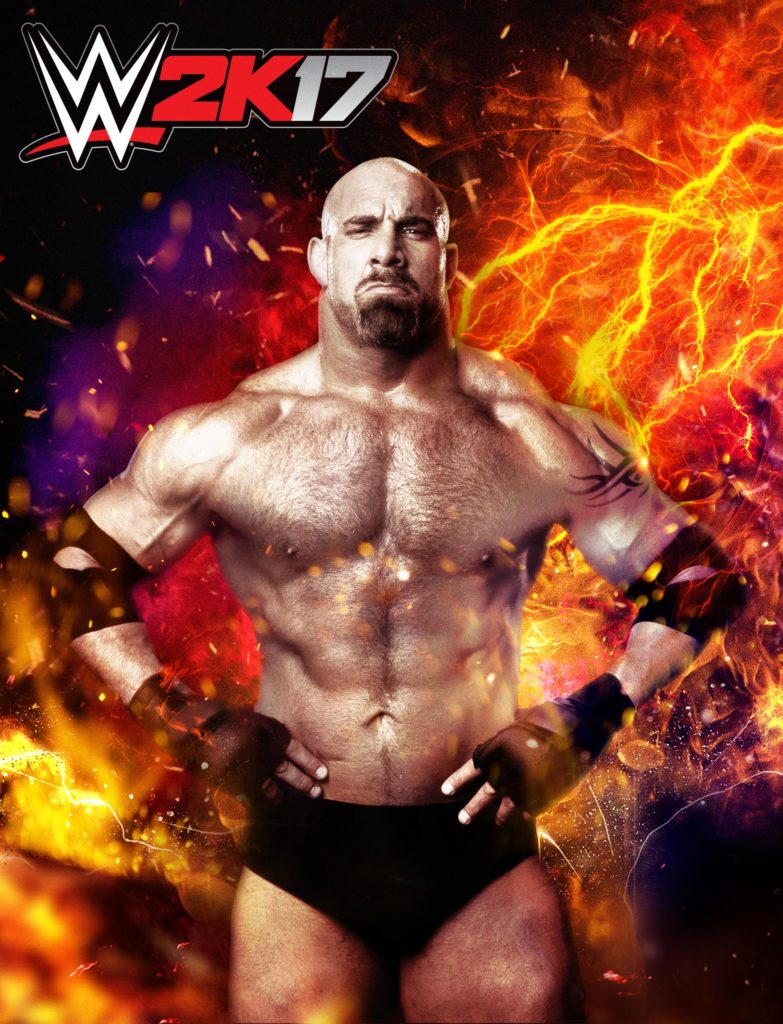 2K was excited to announce that legendary WCW and WWE star Bill Goldberg will be returning in WWE 2K17, the upcoming release in the flagship WWE game franchise.

Goldberg is best known for his 173-0 singles competition win streak in WCW from 1997 to 1998, and will be appearing in WWE 2K17 in both WCW and WWE personas.These characters, along with two playable arenas (WCW Monday Nitro and Halloween Havoc) will be available as pre-order bonus content for those who pre-order the PlayStation 3, 4, Xbox 360, or Xbox One release at participating retailers.

Goldberg commented on the news, stating, “After 12 years away from the business, I’m incredibly honored to work with WWE and 2K while following in the footsteps of such greats as Ultimate Warrior, Sting and Arnold Schwarzenegger. My son was a big part of this coming together, and I can’t wait for him to see his dad kicking ass in a WWE ring through the magic of video games. I encountered the likes of The Rock, Triple H, Brock Lesnar and Ric Flair during my WWE career, and now through WWE 2K17, I’ll be taking on the biggest and baddest Superstars of today – showing them once and for all that I am still ‘Da Man!’”

He retired from WWE in 2004 and went on to star in several films, such as The Longest Yard and Universal Soldier: The Return. He also joined the ninth season of The Celebrity Apprentice and served as host of Garage Mahal for two seasons.

“Goldberg’s return to WWE action through two WWE 2K17 playable characters, along with the WCW Monday Nitro and Halloween Havoc arenas, collectively delivers a unique opportunity to experience one of WWE’s true living legends,” said Chris Snyder, Vice President of Marketing at 2K. “Fans can now relive many of their favorite Goldberg moments, as well as create brand new ones, as they decide ‘Who’s Next?’ in the virtual ring.”

Does Goldberg’s return have any influence on your desire, or lack thereof, to pre-order WWE 2K17?