Sekai Project to publish Love, Guitars, and the Nashville Skyline 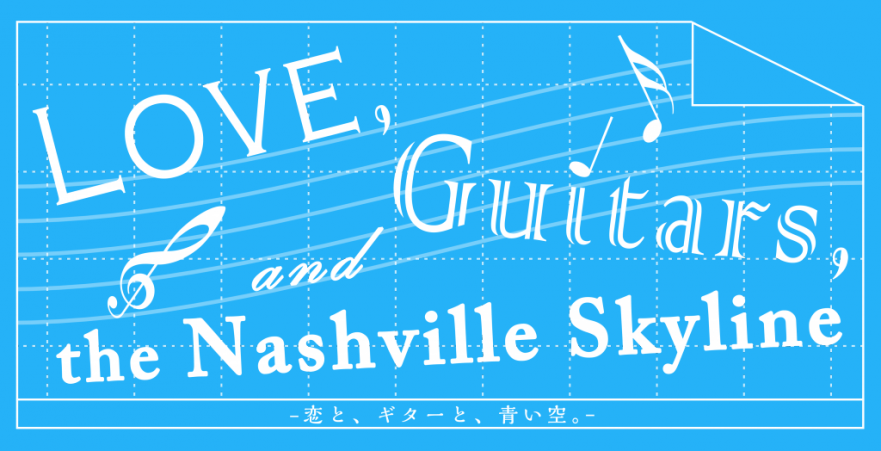 Sekai Project was excited to announce that they will be publishing and localizing Cosmillica’s yuri-themed visual novel known as Love, Guitars, and the Nashville Skyline during their live panel at Animazement.

Here’s a quick synopsis, as presented on the official press release:

Amanda Etheridge is an ordinary woman; a closeted lesbian working at an advertising agency in New York…at least until the huge project she was in charge of collapsed through no fault of her own. As a result, the former workaholic has been put on paid leave, but without her work, what is there for her to do? Well, her boss did tell her to get out there, meet new people, and expand her horizons…. 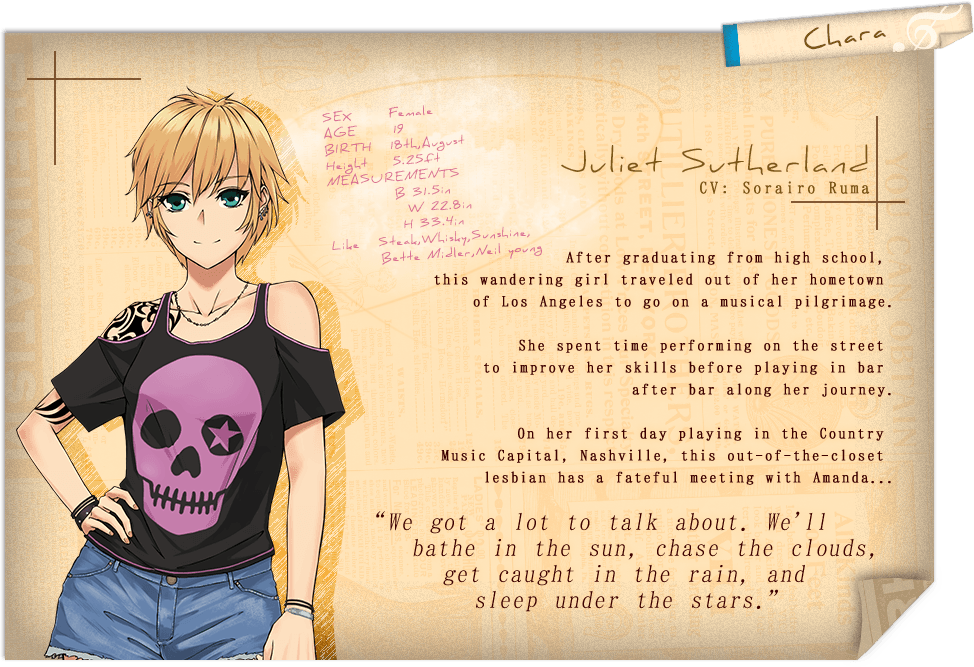 Guided by the sweet sound of country songs playing on the radio, she travels to Nashville alone. Reluctantly leaving her old life behind, she arrives in this colorful, musical city– and hears the whisper of an angel: “Hello, Nashville. Would you like to hear a song about love?”

Created by Cosmillica, the development studio behind the action-packed, brazen visual novel, ATOM GRRRL!!, Love, Guitars, and the Nashville Skyline looks to provide players with a romantic, heartwarming story about a woman who follows her heart to find adventure, music, and love…leaving the woes of her nine to five job in the reflection of her car’s rear view mirror.

NOTE: An all-ages version and adult version will be scheduled for release on Steam and Denpasoft respectively.