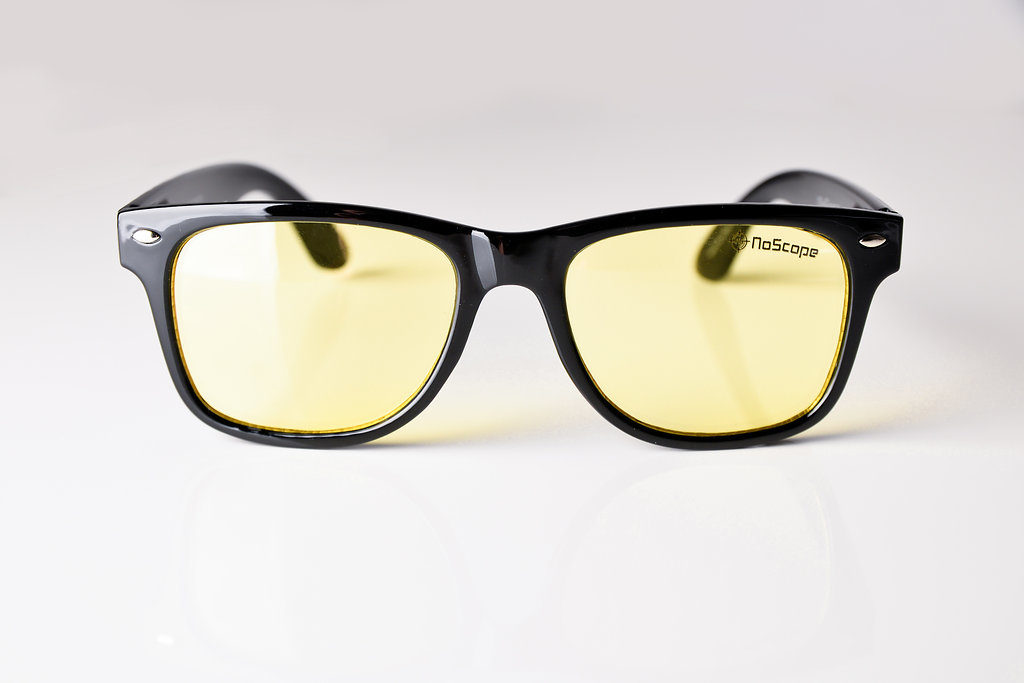 I’ve reviewed NoScope’s gaming glasses since they released their self-branded model in 2014. Gunnar Optiks introduced the concept of special, yellow-tinted lenses into the professional gaming space before, but their prices made the glasses cost-prohibitive for many. NoScope’s latest model brings the trendy “wayfarer” style into the mix; They sent me a pair and I’ve put them through the paces for a couple of weeks. Of all their models to-date. the NoScope Andromeda glasses rank up there with my favorites due to their slim form factor and durability.

We spend an ever-increasing amount of time around screens of various kinds, stressing out the eye with exposure to harsh light and focus fatigue. NoScope glasses use yellow lenses to filter out some of the blue light that causes restlessness before bed and eye strain. This technology isn’t just useful when playing hours of MMOs, though; I’ve found that wearing gaming glasses during long work sessions at the computer helps decrease fatigue and increase focus as well. Instead of releasing multiple high-end frames and lens styles, NoScope instead produces a small number of styles at a time. I’ll admit, I’d have hesitated to wear some of NoScope’s earlier models outside of my own basement, but their newer models tend to work in both personal and professional environments, including the Andromeda.

The catalog has varied over time, but with each “season” of new styles they refine their process, creating glasses that both look and feel better. The Andromeda frames are made of a thick, glossy black plastic with the iconic silver tips in the corners above the eyes. Even so, the glasses feel lightweight and rest easy on the face. Spring-loaded hinges help the frames stay firmly on the face, and though my head is slightly larger than most, I can still wear the Andromedas comfortably for a couple hours at a time. They also seem to be using the same lenses as before; though they look great up front, they’re prone to scratching if left out of their case. Luckily, each pair of NoScope glasses comes with a soft case and microfiber cloth for cleaning. 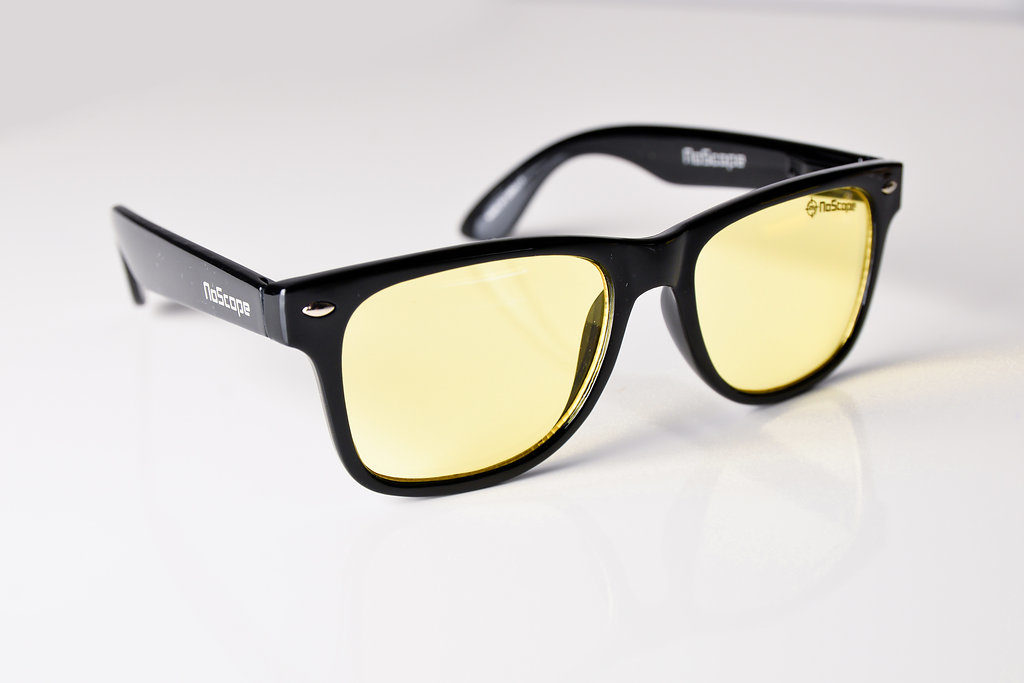 The Andromeda hasn’t dethroned the Gemini as my favorite NoScope model, but they’ll definitely become the glasses I keep in my laptop bag for on-the-go work. After a few months of travel the nose guards on the Geminis fell off, and the Andromeda’s unibody frame makes me feel much better about them bouncing around in with my computer and tablets. I also really appreciate that frames have a slimmer profile when folded up than the Geminis, making them seem more resistant to damage. That said, I’m a sucker for metallic frames, and the smaller lens style of the Geminis win me over every time.

Whether they’re your first gaming glasses or just another part of your arsenal, the NoScope Andromedas are a great tool to have for both everyday and hardcore computer and gaming usage. At $19.99 they’re exceptionally affordable when compared to their competition, and the new style makes them perfect for sipping lattes and wearing flannel while surfing the net, studying for exams, or fragging foes.