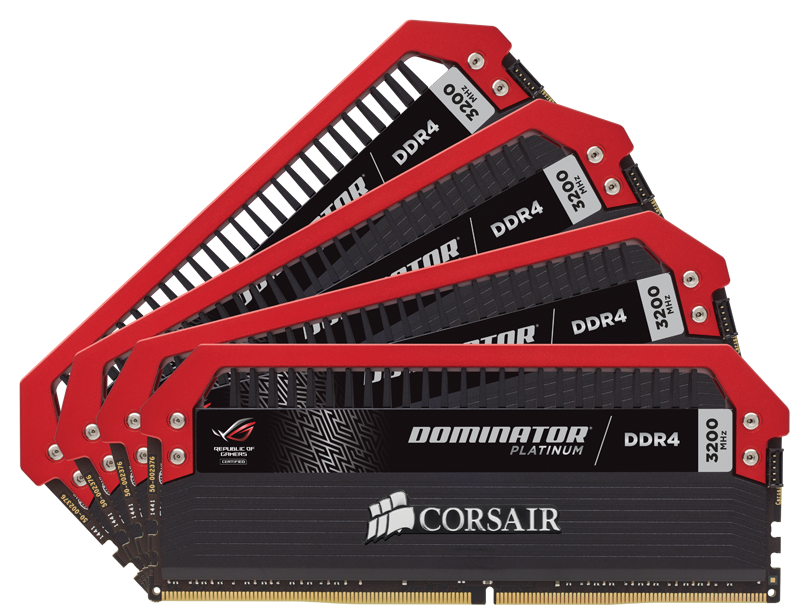 The product has been clocked at 3,200MHz on Intel 100-series motherboards, and the CORSAIR Dominator Platinum ROG Edition also features a custom overclocked ROG XMP 2.0 memory profile that is only accessible with ASUS Z170 Republic of Gamers motherboards. This pushes the kit to 3,333MHz.

“As the pinnacle of the CORSAIR range of high performance memory,” CORSAIR stated on the official press release, “Dominator Platinum is the choice of PC enthusiasts who demand the world’s most advanced memory. Striking industrial design, machined aluminium heatsinks and integrated LED lighting make Dominator Platinum unmistakable, while patented DHX cooling directly cools the PCB for superior thermal performance, allowing the rigorously screened memory to perform at its absolute best.” 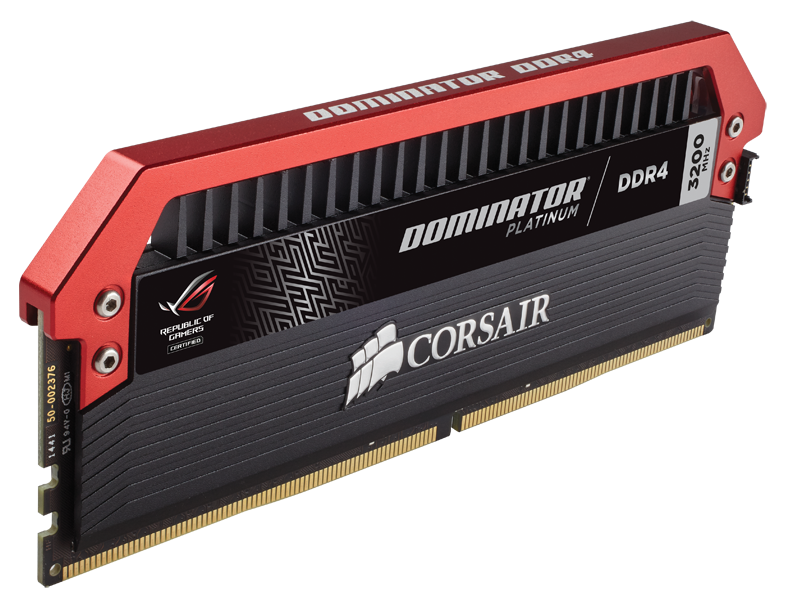 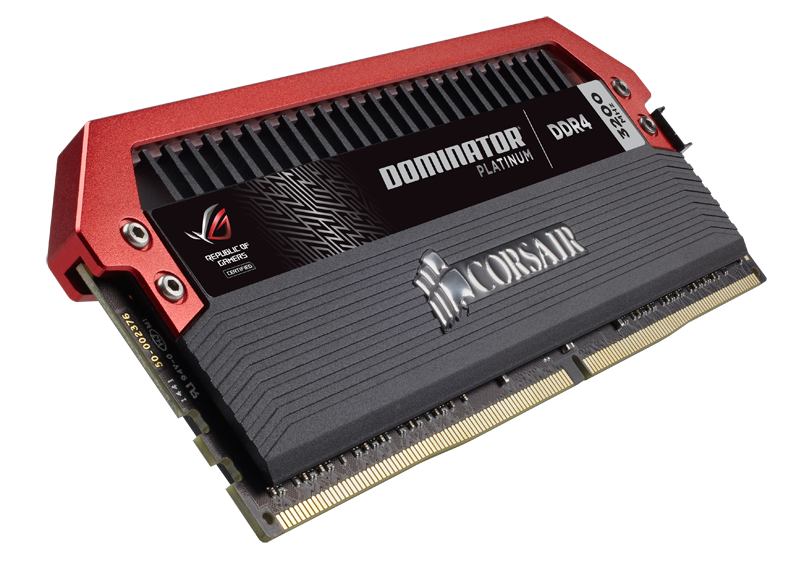 Chun Ye, Product Manager for Memory at CORSAIR also welcomes this collaboration between two of the world’s biggest PC enthusiast brands, stating, “Working closely with the ASUS ROG team has allowed CORSAIR to push the performance levels of the Dominator Platinum ROG Edition even higher. Now, ASUS ROG Motherboard users have the option of a premium memory kit that not only matches their motherboard in terms of looks and design, but also performs even faster with just a single BIOS setting, thanks to the custom ROG XMP 2.0 profile.”

Here are the specifications and which models of the ROG line are compatible with the new kit:

Availability: Available as a 4 DIMM, 16GB memory kit, the CORSAIR Dominator Platinum ROG Edition is available immediately from the world-wide network of CORSAIR retailers and distributors, as well as directly from CORSAIR.

Warranty: As with all CORSAIR memory, CORSAIR Dominator Platinum ROG Edition is backed by a lifetime warranty.

What are your thoughts on the new partnership?