Asymmetric has recently unveiled a “laugh-out-loud” adventure role-playing game known as West of Loathing, which has  arrived on Steam Greenlight. The game is scheduled to arrive on Windows, Mac, Linux, and iOS in 2017.

In the game, you will be able to choose between three classes. These are the Cow Puncher, Beanslinger, and Snake Oiler. Once chosen, you will need to explore perilous gulches, skeleton-filled cemeteries, abandoned mines, and disreputable saloons as you plumb the ruins of ancient civilizations for wealth, deliver justice to sarcastic bandits, and even negotiate complex bureaucracies in cursed ghost towns full of ghost accountants. “And watch your back,” they warn, “because danger and dumb jokes lurk around every corner!” 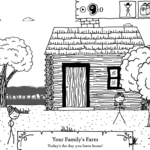 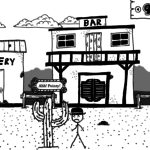 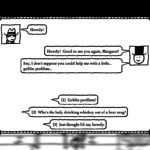 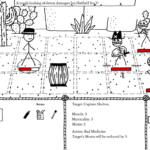 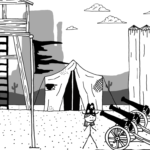 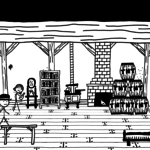 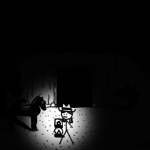 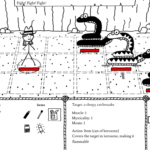 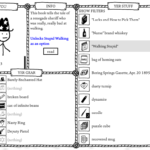 Go West, young stick figure!
West of Loathing is a sprawling, stick figure role-playing game set in the Wild West. It’s kind of like Skyrim, but with big hats and canned beans instead of glass armor and cheese wheels.

Yer not from around these parts, are you?
West of Loathing is loosely spun off from Asymmetric’s long-running MMORPG The Kingdom of Loathing, which has amused and traumatized more than 2M players since its 2003 debut. If you’re not one of them, never fear! West of Loathing will be totally standalone, self-contained, and single-player.